In the 60s, the promise of space flight for civilians seemed just out of reach. After all, NASA was sending astronauts to the moon. So space tourism must have been just around the corner. PanAm seized upon the collective dream of Americans wanting to travel to outer space. They created the “First Moon Flights” Club. It was free to join, and your name got put on a waiting list for the first commercial flights to space; over 96,000 people signed up. PanAm was never able to realize the dream, and the company dissolved in the early nineties. Thirty years later, SpaceX will become the first privately owned company to send astronauts to space. Here are some cool facts about the historic launch scheduled for later today.

Today will be the first privately-funded crewed flight.

Elon Musk conceptualized SpaceX in 2001 to send a greenhouse to Mars. His hope was the mission would reinvigorate American interest in space travel. Since then, the company has had many firsts, including launching and recovering a rocket, sending a rocket to the International Space Station, and sending a probe out of Earth’s orbit.

The crew is NASA astronauts.

NASA trained Bob Behnken and Doug Hurley, who are on their way to the International Space Station. If the flight is successful, NASA will use private companies to send their astronauts to space for the foreseeable future.

Today is the first of six similar missions.

NASA signed a $2.6 billion contract with SpaceX for a number of these missions, conducting astronauts and equipment to the ISS.

This flight will end NASA’s dependence on Russian shuttles.

In 2004, President Bush shut down NASA’s shuttle program because it was too costly. At the time, he described developing a Crew Exploration Vehicle to return to the moon and land on Mars. However, with NASA’s already strapped budget, funding a new shuttle program was impossible. Since then, NASA astronauts have used the Russian’s Soyuz shuttle to get to the ISS.

NASA also has a contract with Boeing.

Boeing developed the CST-100 Starliner for low-Earth orbit. It will transport astronauts to the ISS, plus research and equipment. It also promises wireless internet and tablet interfaces for the crew to use. 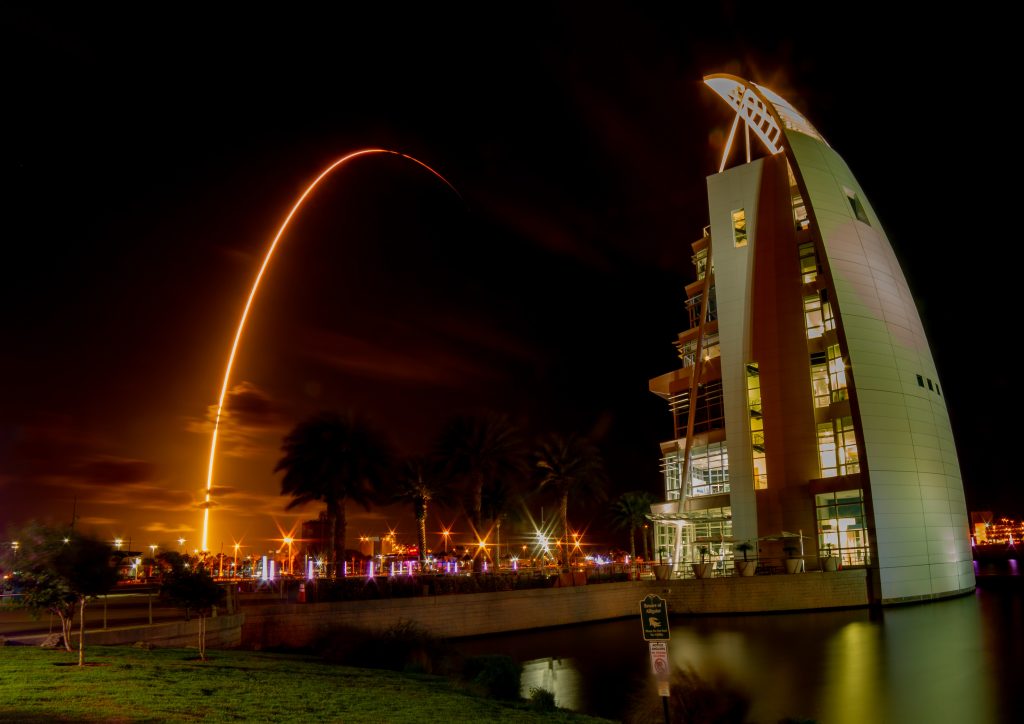 The CST-100 Starliner can withstand ten trips to orbit before the strain of leaving and entering Earth’s atmosphere makes the shuttle unsafe. The cost of maintaining shuttles was a big part of why NASA’s shuttle program shut down. Musk claims SpaceX can reuse a large percentage of the Falcon shuttle over 100 times, but the heat shields only last ten trips.