We present an array of tales of wins at the blackjack tables. Some of them are apocryphal. There are no name and no places. The stories have been narrated by blackjack dealers or onlookers. But they are now regarded as blackjack legend and are recounted whenever the topic of crazy wins comes up. Others are recorded news items of celebs. There is no doubt about their having taken place. But if they were retold without the names and places no one would believe they were true. 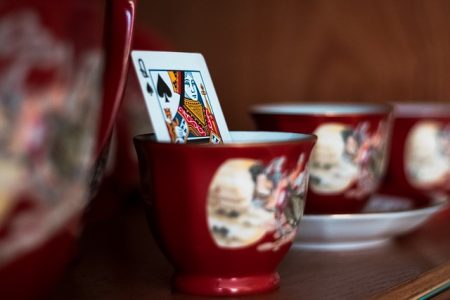 This was narrated by a blackjack dealer who has been “slapping cards for long enough”. An inebriated punter staggered to a blackjack table, slumped into an empty seat and dumped a stack of chips. As he turned around to collect a glass from his mate, he accidentally dragged two $500 chips into the betting area. This happened just as the dealer announced, “No more bets.” The punter raised a stink about not meaning to bet $1,000. It was now illegal to retract the bet and nothing that could be done.

A punter was playing six hands against the dealer on a private table. He was betting $200,000 a hand. There is some confusion about the total amount won. Different sources put it between $20 million and $40 million. This is no Hollywood story. The man was Kerry Packer. The place was the MGM Grand on the Strip. The year was 1997. Packer was a compulsive gambler. He could afford to be one. There are tales of his also losing millions at the blackjack tables.

Packer has more stories about him than most punters

This story describes the man. A Texan sat on the same blackjack table as Packer in a Vegas casino and started making a nuisance of himself. Packer, in his intolerant manner, asked the man to give it a rest. After a brief exchange of words the Texan pointed out, “I happen to be worth $100 million.” Prompt came the repartee from Packer, “Toss you for it.”

This is purportedly an old story, so the numbers are not that big. A hobo sitting outside a casino would be given chips as alms. He would usually collect about $5 in chips and then cash them at the casino. One lucky night, the beggar managed to collect $20 worth of chips. He decided to play on a whim. He placed the minimum bet of $15 and threw $5 on Perfect Pairs. He cast all his hopes on this one bet. He was dealt perfect tens and went on to win the hand. The story goes that he went playing and amassed a small fortune.

After a dinner of a life time he moved to the high rollers room and kept winning. He was even comped a room for the night after gambling for 12 hours straight. The sleep was even better than the dinner. He hit the tables hard again next day. Lady Luck was against him now. He lost everything and left with only $100. His philosophical take was, “The way I look at it, I started with nothing. I just had a great night and left with $100.”

It was nowhere near the biggest win at the blackjack tables and it was not the biggest tip. However, the event classifies as crazy because the full amount won was given as tip, distributed to the entire range of casino personnel. At a single sitting the amount won was $140,000. The dealers and waitresses received handsome tips. Even the door boy went home richer by $5000 that night. The year was 2000. The casino was Hard Rock Café. The player was Ben Affleck.

The amount was peanuts for Affleck and that is why he perhaps gave it all away. Earlier Affleck had raked in a total of nearly $1 million in two trips to the same casino. A year later he casually won $800,000 playing three simultaneous hands at a bet of $20,000 each. Affleck does not need the luck of gamblers like Packer. He is an expert card counter and will always beat the dealer. Unfortunately, he has been barred from playing blackjack at Hard Rock, and is less than welcome at other casinos.

At the common blackjack tables, the casino sets the rules and the dealer implements it to the dot on the “i.” VIP players with huge bankrolls at private tables can negotiate the rules. How much advantage you can gain depends on the quantity of the greens and your negotiating skills. Some even offer no-deposit bonuses, such as kasyno bonus bez depozytu. Anyway, this is the story of a man who won $15 million from three casinos in half a year.

Some of the lesser known casinos offer rules with slightly lower house edges to attract players. This punter sought them out. He then negotiated to the hilt. He was allowed to split up to four hands and double down on all hands. He was given larger maximum bet limits. But his huge winnings came through the 20% payback on losses that he was able to negotiate. In a casino game where house edges are around 0.5%, this payback is folly. The man has been named as Don Johnson in several accounts. The details vary but the essence remains the same.

From Where to Start

Blackjack is a casino game where to win huge absolute amounts you need to start with huge bets. But you must know the optimum blackjack strategy like the back of your hand.  Access FlashCasino’s blackjack games collection  where you can play the games at your own pace with low stakes. You can use strategy cards to learn the ropes. And you are shielded from the glaring eyes of the dealer and expert players that will be around in a land casino.