A patent is the highest seal of approval an inventor can hope for. It means you’ve created something no one’s done before, and you have the exclusive right to that design.

People associate patents with decidedly high-brow, sophisticated inventions. But considering that anyone can apply for a patent for pretty much anything, that’s often not the case.

Let’s take a look at some of the most bizarre things people have invented throughout the years. Just remember that these are all actual, genuine patents. 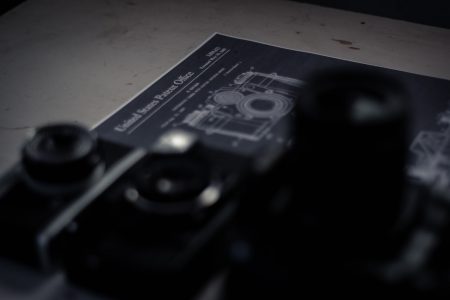 More than 120 years ago, inventor James C. Boyle struggled with a dilemma. He wanted to be a courteous gentleman and appropriately tip his hat when greeting people, but he was also so lazy he couldn’t bother to lift his arms.

Okay, we don’t know that, but we assume that was the case. That’s the only reasonable train of thought we can think for coming up with the saluting device.

It’s a small wound-up mechanical device that sits between your hat and your head. When you want to salute someone, all you’ll have to do is bow your head.

A weight shifts in the mechanism and activates it. The device will then tilt and rotate the hat for a well-mannered how-do-you-do.

That’s a lot of effort put into avoiding a small arm movement.

When you hear the term “dog chastity belt,” you might think it’s something that a Victorian prude thought of. But nope – this thing was patented in 2006 under U.S. patent number 6647928B1.

But we’re sorry, we’re not calling the chastity belt by its full given name. This is the “adjustable harness and animal birth control device.”

So yeah, it’s an adjustable harness you can put on your dog. The underside of the harness is a breathable mesh that’s supposed to sit flat against the dog’s belly and, uh… Private parts.

The patent says it’s for “female quadrupeds,” but we don’t see why it couldn’t work on male dogs as well. Suppose there’s a market for this thing if you can’t spay or neuter your puppy for some reason.

Oh hey, look, the patent’s actually expired due to “fee-related” reasons. If you’ve ever wanted to get in the dog chastity belt business, now’s your chance.

But what if you already neutered your dog, but don’t want him to have to live without his little dangly things? Well, the U.S. patent number 5868140A is the answer for you.

It’s, uh, dog testicle implants. Or a “surgical method and apparatus for implantation of a testicular prosthetic device.”

We don’t really have to say much about this, do we? It’s a method for implanting fake silicone balls into your dog’s scrotum for that natural look.

Like the dog chastity belt, this patent is expired. Nonetheless, the various different models of Neuticles are apparently a booming business.

Warning, though! That website plays a particularly obnoxious tune when you first open it. Headphone users, beware.

Man, that’s too much dog genitalia. We need a break. Time to put on our leaf gathering trousers and go work in the yard.

Yep, it’s exactly what it sounds like. Two “flexible leg stalls,” with a “flexible net” stretched between them. So flexible.

In case raking all those leaves of your grass is too much hard work, just slip these bad boys on. You can then awkwardly waddle around your yard trying to gather leaves between your legs.

At least the neighbors will have something to talk about. And this one’s expired too – we’re starting to see a pattern here.

While you’re out in the yard with your leaf gathering trousers, you notice that your chickens are giving each other some nasty pecks. Gee, that one almost had its eye poked out. If only there was something you could do about this…

Well, that must’ve happened to Andrew Jackson, Jr., because he invented the chicken eye protectors. They’re little goggles you can put on your chickens to protect from “other fowls who might attempt to peck them.”

Look, we’re not going to make fun of these things. In fact, we kind of want to get some chickens now and buy these things for them.

We’ve noticed that mustaches have started making a comeback recently. But how do you keep your impressive whiskers from getting dirty when eating, say, soup or a particularly saucy hamburger?

With a mustache guard, of course. This thing was patented in 1876, when a gentleman’s worth was measured by the size of his ‘stache. Probably.

“Every gentleman who wears a moustache must have experienced the great inconvenience it causes in eating and drinking, especially in eating soups and other kinds of food of similar consistency,” the inventor V.A. Gates writes in the patent.

His solution was a curved shield made out of vulcanized rubber, metal, or “any other suitable material.” Just throw on a couple loops of string so you can secure the shield to your ears and you can slurp your soup with confidence.