Dressing in the latest fashions can make you look fabulous — or completely ridiculous. As time goes on and tastes change, the likelihood of the latter keeps increasing exponentially.

Of course, there are some immortal, classic looks. But for each of those, we’ve had a hundred fashion trends so mindbogglingly bizarre that you have to wonder why people ever thought it looked good.

Some trends were so weird, in fact, that we remember them still, hundreds or even thousands of years later. Let’s look at some of the most ridiculous ones, shall we?

Platform shoes were so hot in the late ‘90s, but the idea behind them is much, much older. A version of platform shoes dates back all the way to 15th-centure Venice, where they were called chopines.

Chopines were sandals with a tall, raised platform in the middle of the sole. Their original purpose was to protect the wearer’s shoes from getting dirty by raising them an inch or two.

But as the chopines came into fashion, their height began to signify the wearer’s status. As such, at the height (pun intended) of the chopine craze, the wealthiest and most fashionable could rock platforms up to 20 inches tall.

As you can probably imagine, walking with small stilts strapped to feet wasn’t exactly easy. But some experience chopine enthusiasts trained themselves to even dance with them. 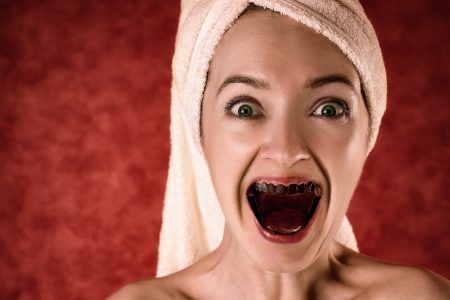 Today, we want our teeth to be as gleaming white as possible. But for a moment in Elizabethan England, the opposite was true.

You see, Queen Elizabeth I had a sweet tooth. And at a time when sugar was an exorbitantly expensive luxury, she could afford to eat a lot of it.

As a result, towards the end of her life, her teeth became blacked and rotten with tooth decay. But when other noblewomen looked at the queen, they saw an opportunity — if their teeth were black, it would imply that they’re as wealthy as the queen.

So, for a brief period, Elizabethan noblewomen blackened their teeth to demonstrate that they, too, could afford lots of sugar. The trend died pretty quickly because people probably realized that rotten teeth are a pretty disgusting thing to brag about.

3) Walking with a Limp 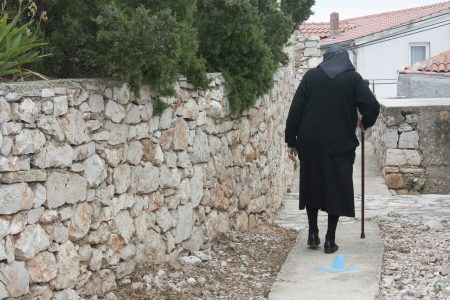 Speaking of fashion trends spawned by the ailments of nobility, here’s another one. In the 19th century, British nobles and other upper-class people pretended to have a severe limp.

The trend was unintentionally started by Alexandra, the Princess of Wales. She was, back in her day, a fashion icon for the women of British high society due to her impeccable taste.

But Alexandra also suffered from severe rheumatism, and she walked with a stick and a noticeable limp. So, English nobles did what they’d always done — started imitating Alexandra.

We can’t help but wonder how the princess herself felt seeing party guests pretend they had her hereditary disability.

Back in the late 18th century, it was a tradition for young noblemen of England to go on a Grand Tour to exotic countries — like Italy. Once there, they would encounter the latest Italian fashions and new foods — like macaroni.

When they returned to England, they wanted to show off just how cultured they were now that they’d been abroad. So, they began to imitate the fashions they’d seen in Europe — only, they exaggerated them to ridiculous degrees.

The Macaronis, as the young men were called, wore skintight clothes, laughably large wigs, and garish colors. They wanted to show off their new sophistication, but pretty everybody from nobles to commoners ended up just mocking them.

Honestly, this doesn’t sound all that different from many trends in the past few decades. But why do so many of these fashion disasters come from England?

Ah, now here’s an unfortunate trend that everybody in Medieval Europe embraced. Have you ever seen pictures of medieval noblemen with weird, pointy shoes?

Well, those shoes are called crakowes, named after the city of Krakow in Poland. And in the late 14th century everybody wanted them.

These shoes had a long, thin toe — and the longer the toe, the higher your status. In the most extreme cases, court nobles were walking around with shoes up to 24 inches long.

As you can imagine, walking around with these things wasn’t exactly easy. That’s why many of the longest crakowes had strings attached to the toes that you could tie around your knees to keep the tips from dragging on the ground.

But even at the time, not quite everyone loved the crakowes. Church leaders, for example, called them an embodiment of earthly vanity and named the shoes “the Devil’s fingers.” 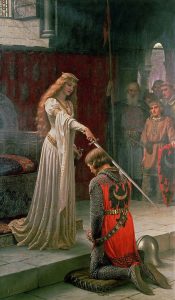 If you’ve seen any movie about King Arthur, then you’ve seen a bliaut. This is the kind of dress you could imagine Queen Guinevere wearing, the one with the extremely long sleeves.

Popular between 11th and 13th centuries in France, England, and probably other places, the sleeves of bliauts reached ridiculous lengths. Many times, they dragged on the floor as the wearer walked about.

If sleeves that long sound impractical to you, you’d be correct. But here’s the kicker — that was the entire point.

The ridiculous sleeves of the bliauts indicated the wealth and status of their wearers. They could have sleeves that prevented them from using their hands, because they were so filthy rich they didn’t need to do any work.

“Look at me, I’m so rich I might as well not have hands.” Talk about a power statement.