The first person who wrote about the inside of the body, had never even  seen the inside of a body, yet his work was used and thought of as truth for 1000 plus years. Once realized, the human body was opened and studied so that we could learn more than ever before. But even now, there are myths that are perpetuated and just aren’t true .

For years we have been told that the appendix has no function within the human body. But it turns out there are some things this organ does that significantly helps us and our appendix isn’t just there for nothing. For some of us, our appendix is so bothersome that it has to be taken out, often times via emergency surgery. But the appendix helps store and then evenly distribute good bacteria within the body, which is vital for health. This organ also helps keep your gut flora in at the right levels and therefore also keeps your colon and intestines healthy.

Myth 2: Don’t Sleep with a Concussion

After a concussion, or what you think may have been one, a doctor’s visit will soon follow. Professional medical opinion will give you a final diagnosis and the next steps to take including checking for internal bleeding or swelling. As long as these two complications have been ruled out, sleep is not only ok but recommended. In fact, sleep is one of the best and most restorative ways to take care of your body. So rather than following this old school thought, make sure that you do sleep so that you can recover faster and fully after a concussion. 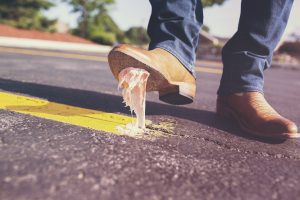 It’s been said that chewing gum can take up to seven years to digest, and therefore, you shouldn’t swallow it. The thing is that no, it doesn’t take that long at all. In fact, while gum doesn’t completely digest, it does pass through your system in as little as 24 to 48 hours. Foods that don’t digest, like corn for instance, will pass through your system, it’s just that your body won’t absorb those nutrients. They will be pushed out by your intestines and colon and passed like anything else. 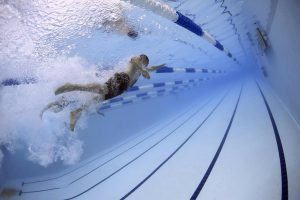 It’s not that you should jump into a strenuous swimming activity after a large Thanksgiving type meal but if you do, you’ll most likely be fine. After a big meal, we are all sluggish and tired and swimming uses your whole body so you *could* get sick. But you’ll probably puke before you’ll cramp up so bad that you can’t move. So in essence, swimming, and drinking for that matter, have been “banned” near most pools for this reason. And timing restrictions on eating and drinking have surfaced because public pools don’t want food in their pools, and especially not puked up food.

Your hair will grow faster, the older you get, but this has little to do with shaving. The thing is, it seems possible that the “more you shave, the more it grows.” And in truth, that’s the way it is, but not for the reason you may think. Hormonally, the older we get, the faster our hair grows. The hair will grow back with the same thickness though. 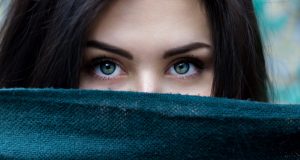 Have you ever heard this one? The myth that your eyeballs will pop out if you sneeze and your eyes are open. Not true. Science states that while the pressure of a sneeze does affect your nose, throat, sinuses, and lungs, that your eyes are not connected in the same way. There is no pressure that would cause your eyes to pop out. However, I have never sneezed without closing my eyes. I mean, can you?

There are so many more things about our bodies that we are taught or have come to believe that just aren’t true. Watch for a part two so that you can learn even more anatomical myths about the human body.