Landlords often experience some crazy circumstances involving their tenants. In addition to destructive wild parties, arguments over lease terms, and pet problems, landlords have to deal with some interesting and unique situations. 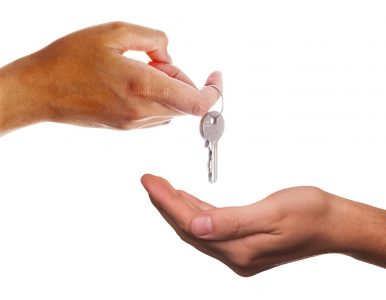 Most landlords learn really quickly that they need a property manager to keep their sanity. Once you deal with a crazy tenant, the landlord experience is pretty much ruined. Property management companies are experts in handling tenant issues and finding high-quality tenants.

When you’re a landlord, you can’t avoid dealing with odd tenants. People do strange things for unknown reasons. Here’s a list of 5 strange circumstances you might experience during your time as a landlord.

There are countless reasons why tenants become angry enough to destroy a property. Sometimes the landlord refuses to honor an agreement, but other times tenants deserve to be evicted and just won’t accept responsibility for their actions.

If you’re a landlord, you’ll likely experience a destructive tenant at some point in time. Sometimes tenants wait until they move to gut an apartment, but some destroy the property while still tenants.

Few people can tell the crazy stories landlords can tell. Some of the craziest stories you’ll ever hear can be found online with just a simple search. For example, this compilation of tenant horror stories contains some funny stories and some that are just over the top.

For example, a tenant got tired of their downstairs neighbor complaining about noise they weren’t making and finally cut a hole in the floor and dropped a #2 down into their living room.

Other strange stories include an older woman who never showered or washed her clothes and kept her belongings in cardboard boxes. When she needed something, she’d open the box, use it, put it back, and tape the box closed.

Another time, a meter-reader entered a basement, ignoring a sign that read, “Beware of attack chickens.” When he went into the basement, the chickens were scared, and the guy backed up into a wire fence that contained a crocodile in a pit.

3. Cupboards converted into a chicken coop

Some people keep their chickens indoors, and it’s actually quite normal. However, it’s not normal in an apartment, mostly because there’s no space. However, it’s been done.

One landlord went up to a third-story apartment to check out a possible water leak. When he arrived, he saw a 24” tall above ground swimming pool. That explained the leak, but when he looked in the kitchen, the tenant had replaced all the cabinet doors with chicken wire to house twelve chickens.

4. Frustrating but fixable acts of destruction

Some acts of destruction are permanent, but that’s not always the case. Sometimes tenants do things with the intention of making their landlord’s life miserable. For example, several years ago, a landlord evicted a tenant and when entering the property, found every single piece of trim piled up in the middle of the living room floor.

All the trim from the floors, windows, and doors had been removed and piled in the middle of the floor and the landlord said it was like a jigsaw puzzle trying to figure out where each piece went. They were able to put the trim back together, but it took a long time and was frustrating.

5. Dead, rotten fish in the walls

If there is any reason to fear retaliation for eviction, it’s the possibility that your tenant might put dead fish in the walls. As one landlord learned, some tenants don’t care who their retaliation affects.

The landlord had evicted a tenant, and a few months later, the new tenants complained of a rotten smell and thought something died in the walls. When the walls were opened up, the landlord learned that the previous tenant had cut out chunks of drywall, filled the space with dead fish, and sealed the wall.

Tenants can be strange. If you don’t want to deal with these issues, hire a property manager to take over your landlord duties. You won’t regret the expense – it will be money well spent.