Halloween would not be complete without a ghost story. Here, experts from this online dating site share five spooky cases of historic hauntings from the 17th century onwards. These events are scary on their own merits and become even scarier when you realize that many elements of them have not been adequately explained by science despite eyewitness accounts of their presence! 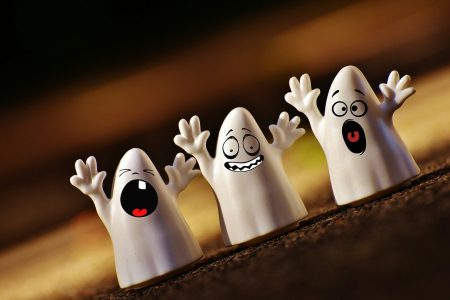 By many accounts, Mary Boucher was a maid and servant to a woman living in London in the early 17th century. The part of the story about “nunnifying” apparently happened when the woman Boucher served wanted to have her made into a nun. The servant was not willing to go through with this because she was a Protestant, but her employer told her that she would be haunted forever if she did not put aside her current life and become a nun. Unfortunately, her employer did not take no for an answer in this case and decided to get the haunting to happen on her own accord. Nobody knows for sure if it was a person dressed as her Godmother that visited Boucher’s room that night to convince her to become a nun, but it scared her out of her wits. Was it a human hand or a divine one that guided her to the nunnery? It’s hard to say.

A warped story, to be certain, but the tale of Susan Lay is complex. Her mistress, the wife of her master and not a lover, was dead and buried. Unfortunately for Lay, she was not away long. She returned three nights later and started haunting Susan Lay, blaming her for her son’s death and antagonizing her for the relationship that she shared with her widowed husband. The women had been close and even birthed children in turn, but both died. What is worse? To be alive and haunted or dead and see your former life turn to ashes?

1765: Shrieking and Groaning at Hinton Ampner

The Hinton Ampner Manor House had a history of being a source of all sorts of scary noises. Even in the 18h century, the home was known for having mysterious footsteps, groaning, and all manner of supernatural events occur in the house. Even after the homeowners changed all the locks and replaced their servants, they got new reports of someone dressed in shabby clothes along with a ghostly woman running throughout the manor house. Eventually, the home was demolished, and nobody could ever discern the causes of the noise in the home or the creepy sightings. Yet, when the building was destroyed, the workers found a lockbox with a small skull inside. Historians believe one of the residents, Lord Stawell, had a secret child that died, and it was buried under the home, causing the haunting.

When one person sees a ghost in a house, it’s a disturbance. When four grown men see spirits in a rental and want to get out of the lease, the disturbance becomes a legend and a matter of public courts. All four men in a home in Bristol claimed to be haunted by ghosts and disturbed by a mysterious blue light that flooded their rooms. Despite quoting the authority of a reverend on ghosts’ existence, the local court could not help them with their case. They would either have to depart the premises and lose their money or make friends with the ghosts since they could not provide tangible proof of their living quarters’ impact.

A story right out of Edgar Allan Poe happened in 1861 when a specter revealed a murder. A man named Joseph Allinson had friends over to his cottage when they started to hear a loud banging noise emanating from upstairs. When they investigated, the party found Allinson’s wife, sick, screaming, and crying. She said that a horrible ghost had visited her and told her that she had to dig beneath the home to discover what was there. It blew out her candle and then disappeared. The group decided to dig at the ghost’s behest, finding bones of some long-dead person. Nobody knows who the victim was or if they died a natural death, but it was spooky for sure.

Halloween is a great time to get to know people and share frightening stories. The fear that we put ourselves through is good for jokes and laughs. However, we also have to consider that many of these stories came from reliable sources, and many are not explained. Do ghosts visit people in the present? Well, it’s hard to know for sure! What do you think?