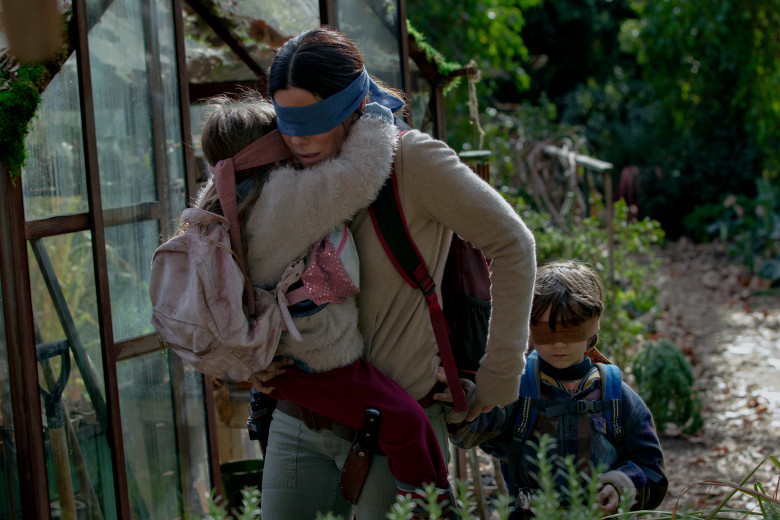 Just in case you were worried that 2019 might be different than 2018, American teenagers have come swooping in to save us.

Teenagers have been coming up with the dumbest challenges over the last few years. Snorting cinnamon. Drinking Tide Pods. Ghost Driving. And now, the Bird Box challenge.

For those not in the know, Bird Box is a new Netflix hit that featured Sandra Bullock navigating the world with two small children while all three are blindfolded. According to the trailer, some sort of creature has appeared, making people see their worst fears and killing themselves. Bullock is on the run with two children known as Boy and Girl. Running through forests, driving down streets, and even rafting while blind, the Netflix hit has spawned a challenge dedicated to the show.

The Bird Box challenge has teenager driving, you guessed it, BLINDFOLDED. What could possibly go wrong???

Enter idiot Utah teenager to show us by example.

Bird Box Challenge while driving…predictable result. This happened on Monday as a result of the driver covering her eyes while driving on Layton Parkway. Luckily no injuries. pic.twitter.com/4DvYzrmDA2

Can’t believe I have to say this, but: PLEASE DO NOT HURT YOURSELVES WITH THIS BIRD BOX CHALLENGE. We don’t know how this started, and we appreciate the love, but Boy and Girl have just one wish for 2019 and it is that you not end up in the hospital due to memes.

I’m all for teenagers doing stupid teenager stuff, and the gods know my generation did their fair share of stupid stuff, but can we do things a little less dangerous? Like smoking and teen pregnancy? (That’s a joke. Don’t smoke and always practice safe sex, kids.)