War seems to be an inherent part of human nature. We’ll happily march to slaughter each other over land, money, natural resources, political gains, or just because the other guys look a bit different.

You could argue that certain wars have been justified. But then there are those that were triggered by events so mind-bogglingly ridiculous to find them hard to believe.

Here are four examples of wars fought for reasons so stupid they might just make you question if being human is worth it. 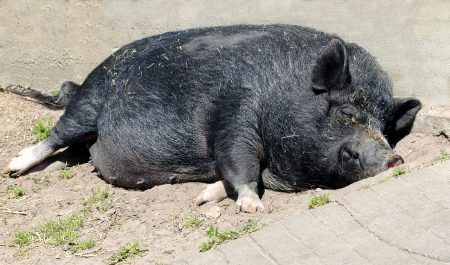 The Pig War is exactly what it sounds like. The conflict started in 1859, when the U.S. and Canada were still trying to figure out where their borders in the Pacific Northwest ran.

San Juan Island is a tiny chunk of land between Canada’s Vancouver Island and the U.S. mainland. Both British and U.S. settlers lived on San Juan at the time, and both nations claimed it as their own.

The British-American coexistence wasn’t all that peaceful to begin with. But it all came to heads when a British pig devoured the potatoes of American farmer Lyman Cutlar.

Enraged, Cutlar shot the pig dead. The British threatened to arrest him, Cutlar escalated the issue to the American authorities, and the dominoes started falling.

The U.S. government sent Captain George Pickett (who would later with for the Confederates in the Civil War) to the island, and he occupied it. In response, the British sent in a naval fleet with orders to take the island back.

For several weeks, this ridiculous standoff threatened to blow out of control into full-scale war. Luckily, both nations finally came to their senses and agreed to a joint military occupation of San Juan.

So, yeah. Americans and the English almost started killing each other over a pig and some potatoes.

2) The War of the Stray Dog 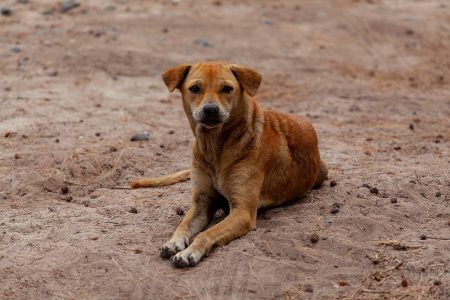 Bulgaria and Greece have a history of bad blood. In 1925, the tension escalated into war — because of a dog.

In October of that year, a Greek border guard’s dog happened to run away. While chasing after his stray pet, the soldier crossed into Bulgarian territory.

At least, that’s what the Bulgarians claimed to justify opening fire on the man. The hail of bullets cut the lone soldier down.

The Greeks, needless to say, were outraged and invaded Bulgaria. Unlike the pig war, though, this war resulted in multiple deaths.

The 20,000-strong Greek army occupied several border villages until they were met in battle by a Bulgarian force of 10,000. As the Greeks were preparing to shell the city of Petrich, the League of Nations (the UN’s predecessor) stepped in and slapped some sense into the belligerents.

Wonder what happened to the dog, though.

3) The War of the Bucket 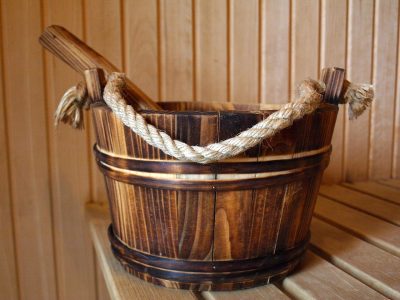 During the early Renaissance, Italy was divided into multiple bickering principalities, kingdoms, and city-states. Out of the bunch, Bologna and Modena really hated each other’s guts.

In 1325, to get back at the Bolognese for some real or perceived slight, a group of Modenese soldiers sneaked into the city. From there, they stole the oaken bucket from the city’s well.

In response, the Bolognese shrugged and just made a new bucket. Nah, just kidding, they raised an army of 32,000 men and marched straight for Modena.

The Modenese met their adversaries at Zappolino, a town between the cities with a force of only 7,000. You can probably guess how that ended — that’s right, Modena won.

Despite being vastly outnumbered, Modenese slaughtered around 1,500 Bolognese men while suffering only 500 casualties themselves. Demoralized, Bologna’s army routed and fled back to their city.

At least that’s how the story goes. Modern historians believe that the Modenese may have stolen the bucket after they kicked some Bolognese butt.

Which is still an incredibly petty thing to do.

4) The War of the Golden Stool 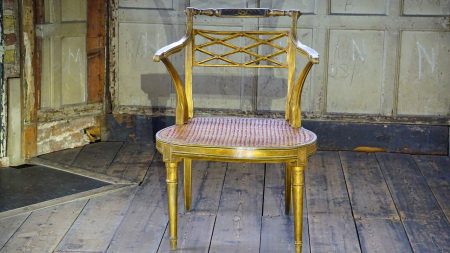 The Ashanti Empire was one of the most powerful nations in the pre-colonial West Africa. From 1701, it ruled the area roughly corresponding to today’s Ghana.

The symbol of Ashanti power was the Golden Stool. This foot-and-a-half-tall, gold-covered chair was a sacred symbol of empire that no mortal being was allowed to sit on.

In 1900, the British Empire — as it was wont to do at the time — took over the Ashanti Empire. However, the British Governor of the Gold Coast, Sir Frederick Hodgson, wasn’t happy with the Ashanti’s resistance to England’s rule.

So, he demanded they bring over the chair so he could sit on it.

The enraged Ashantis rebelled and fought the British in a war that cost the lives of 2,000 Ashantis and 1,000 British.

In the end, the Ashantis kind of won. They became an autonomous part of the British Empire and had the freedom to govern themselves.

And to the humiliation of the British, they also kept their stool. Even the British government agreed that Hodgson’s demand for the chair was completely moronic and insensitive.

“Surely human life was worth some respectful treatment,” one MP said at the Parliament in 1901.