If you want to fly for free, have worked in the industry, and know how to “get in,” then you can chance a bunch of free flights, too, just like this guy did. But keep in mind, you too, will be committing fraud, among other things.

Hubbard Bell formerly worked for Mesa Airlines out of Houston, Texas. He was fired.

Maybe it was retaliation, or maybe he was just looking for something to do. Either way, Bell broke into Spirit’s employee database so that he could find the information that he needed, for the fake IDs.

Yup, that’s how he pulled it all off. Well, until he didn’t. 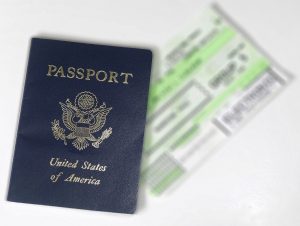 From the database, Bell secured names of employees, their date of hire, and their identification numbers. From there, he had all the information that he needed.

Bell made fake IDs for himself, and others. With his personal fake ID, he booked 34 free flights through Spirit Airlines.

He also sold the fake IDs to ‘unnamed co-conspirators’ that were also looking to travel for “free.” And by free, we mean the five finger discount.

Well it isn’t clear how he was caught, Bell recently pleaded guilty to one count of conspiracy to commit wire fraud. If convicted, it carries a maximum prison term of 20 years.

The crime happened between February 2016 and November 2017. Bell is set to be sentenced later this year, 2020.