Police found the bodies which they call “severely decomposing” inside a $2 million California home at 58 Riverboat in Irvine, California, at 10:30a.m. Wednesday morning. It led them to thoughts of a murder-suicide.

The IPD was contacted by Canadian authorities had contacted the Royal Canadian Mounted Police to conduct a welfare check on a mother, father and son, after relatives hadn’t heard from them in over a year. 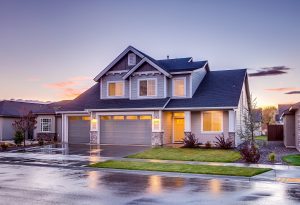 “Extended family members of the residents of the home reported to Canadian authorities they had been unable to reach the residents for over one year and were concerned,” police wrote.

“Responding officers entered the home and discovered three severely decomposed bodies inside that appeared to be adults.” Officials think the bodies have been there for 12 to 16 months.

Authorities cited  “some indications this was a domestic-related incident.” This is the reasoning for the thought of a possible murder-suicide. At this point, Lt. Bill Bingham said the bodies are so badly decomposed that identification has been and continues to be difficult.

Officers found no signs of forced entry did locate a gun inside the residence. According to the police, the father of the house was in his 60s, the mother in her 40s, and the son in his 30s.

Authorities are investigating why it took so long for them to notice the deaths in the first place. The family was found in their home in a gated community in Orchard Hills.

A Homeowners’ Association is “responsible for at least some of the lawn care and maintenance for the front of the homes” in the community, Bingham noted.

“So, looking at the home at a glance, it’s not immediately apparent that somebody hasn’t been in and out of the home for maybe up to a year,” he said.