Ryan Kramer was a high school graduate at age 14, an undergraduate degree holder at 18, and a master’s degree holder in engineering management at 19. He’s always made spreadsheets for schoolwork but these days he makes them to keep track of his 20 half siblings, all of whom have the same sperm donor as he does.

Kramer knew that he was donor-conceived at a young age. “I naturally kind of got curious. I came to my mom one day and said, ‘So, did my dad die or what?’”

He wanted to know where his sperm-donor dad was so he set out to find him. He started by writing a letter to the sperm bank at the age of 7, and then even co-founded the DSR, Donor Sibling Registry, with his mom Wendy in 2000.

This site is the largest matching website for people conceived from donors. And the way that he found his first half sibling.

Kramer and his first half sibling met through the DSR when he was 13. “It was like a mirror looking back,” he said,  recalling staring at the same teeth and eyebrows in someone he had just met. “It felt like a weight being lifted off my shoulders.” 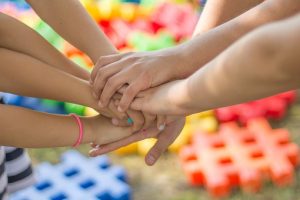 Kramer now uses a spreadsheet to keep track of his ever growing list of siblings. They only get together once a year for a reunion but use a Facebook group, named after their donor number, and texting, to keep in touch in between.

“When we’re all in a group together, you definitely feel like you’re with your people,” Kramer says. He also says that having so many half siblings is a “huge blessing,” and something that he “wouldn’t trade for anything.”

Complications could have arisen such as a large part of the siblings living in the same area and accidental incest. There are also psychological harms with so many people being conceived by one donor because some people feel a community and closeness from that and some don’t .

Kramer says, “A lot of people don’t like the idea of feeling like cattle or part of a herd.”

This story is odd news but because of the chance of a donor donating as much as they want all over the US meaning there may be many more cases like this with large donor families everywhere. The DSR did file a petition in 2017 for a central donor ID database in an attempt to track and cut down on the happenings of these situations.