If you want to get good at something, you have to start young. But engaging in lethally dangerous highway races with law enforcement officials is probably not on the list of things where that wisdom should apply.

Yet that’s exactly what happened in Nebraska. A tween driver led state troopers in a high-speed car chase along an interstate highway.

After stopping the reckless driver, the troopers discovered that she was in fact a 13-year-old girl. Not only that but on the passenger seat sat an 11-year-old boy.

In addition, they discovered a gun and drugs in the vehicle.

Fortunately, nobody was injured in the chase. The juvenile speedsters are now in custody waiting for further action. 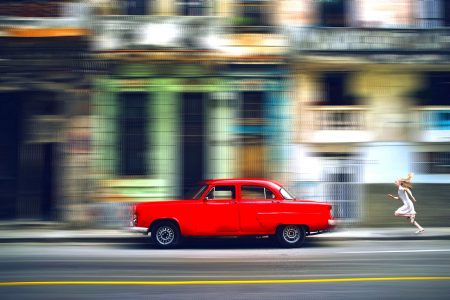 The events took place on the night of January 17. A Nebraska State Patrol (NSP) trooper was patrolling along the I-80 highway at around 9:35 p.m.

Suddenly, the trooper noticed a strangely behaving Nissan Pathfinder, according to an NSP statement. The vehicle was traveling on I-80 at only 35 miles per hour.

In case you’re unfamiliar with common traffic laws, driving too slowly on an interstate is illegal. These are high-speed roads and a slow car may hamper traffic and put everybody on the road in danger.

Concerned, the trooper attempted to stop the SUV near Kearney in south-central Nebraska. But the driver did everything but.

Instead, the NSP said the Pathfinder accelerated and took off “at a high rate of speed.”

The chase was on.

The trooper took off after the vehicle. However, the Nissan driver had no intention of coming to a halt.

“The vehicle reached speeds exceeding 100 miles per hour as it fled,” said the NSP.

With no mention of other vehicles on the road, we can only assume the I-80 had blessedly little traffic at the time. Things might’ve gotten ugly otherwise.

After a while on the chase, another trooper managed to deploy stop sticks ahead of the fleeing SUV. Stop sticks are triangular rods that get crushed under tires, piercing them with sharp spikes and causing slow deflation.

The sticks worked. With its tires losing air, it slowed down and exited the I-80.

However, the Nissan didn’t immediately give up the chase even with ruptured tires. It kept traveling at a slow speed and showed no sign of wanting to stop.

After a few more minutes, the first trooper performed what the NSP called “a tactical vehicle intervention.” This forced the Pathfinder to finally stop.

All in all, the chase took about 16 minutes, according to the state patrol.

With the car now stopped, the trooper moved in to apprehend the driver. We can only imagine his surprise when he saw who was behind the wheel.

Driving the car was a young girl. She was identified as a 13-year-old from Colorado.

Next to her on the passenger seat sat an 11-year-old boy, also from Colorado. The official statement doesn’t mention whether the two were related.

Just to be clear, youth in Nebraska aren’t eligible for a learner’s permit until they turn 15. The girl had no business driving the car.

But in addition to the young driver, the SUV held more surprises. During a search, the troopers located an unidentified firearm in the vehicle.

There was also a small amount of marijuana in the car, alongside “drug paraphernalia.”

The NSP said the tween driver and passenger were taken into custody without further incident. Both have been placed into protective custody.

Bizarrely enough, this isn’t the only recent case of a reckless teen driver taking police along on a chase. The second incident happened in Oklahoma on December 3.

Unfortunately, that story ended with fatalities.

Around 3 a.m. on December 3, Oklahoma Highway Patrol spotted a speeding SUV. The cops took after the car, which fled at a high speed.

After a short but high-speed chase, the driver — later identified to be a 15-year-old girl — lost control of the car. It careened off the road and crashed into a building.

The car’s 13-year-old passenger received serious head injuries and became trapped inside the crushed vehicle. The fire department couldn’t free her from the wreck in time and she died 30 minutes after the crash.

The driver didn’t sustain serious injuries. She was transported to a hospital and the incident is currently under investigation.