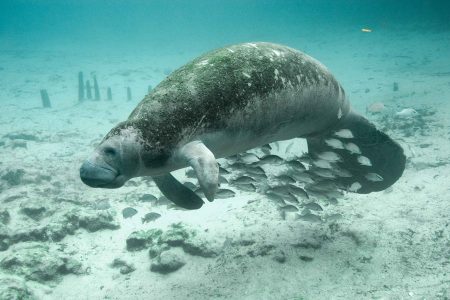 There’s nothing that “states” that a state has to have a state animal. Say that, five times fast… But it’s tough to understand why a state wouldn’t want to claim an animal as their own. Out of all fifty states, there are some adorable, some creepy, and some downright weird picks for state animals.

10.) White-Tailed Deer. Arkansas. Georgia. Illinois. Michigan. Mississippi. Nebraska. New Hampshire. Ohio. Oklahoma. Pennsylvania. South Carolina. Wisconsin. A full fifth of the states selected the White-tailed deer as their state animal. They’re usually listed as one among several other state animals, but it’s still the most popular state animal out there. Followed closely by shelter pets! White-tailed deer exist in all the lower 48 states, but so do beavers and they’re not a single state’s animal.

9.) Nine Banded Armadillo (obviously). Texas. This is the most widespread species of armadillo, living in South, Central, and North America. They’re common in Texas, where they’re considered a road hazard. They can jump 3-4 feet in the air when they’re frightened. During the Great Depression, they earned the moniker “poor man’s pork” when hungry people hunted them.

8.) Maine Coon Cat. Maine. These cats are the largest domestic breed and is one of the oldest native North American species. They lost popularity when Americans discovered long-haired overseas breeds, but in recent years have retaken their social standing and are now one of the most popular cat breeds. 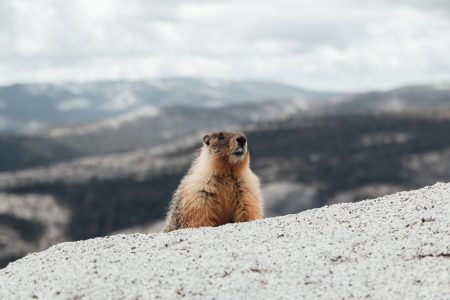 7.) Olympic Marmot. Washington. These cute little rodents are endemic to Washington and a relative of squirrels. They get up to 20 lbs in the summer, and the naturalist who discovered them gave them a Greek name meaning bear-mouse.

6.) Marsh Tacky. South Carolina. There’s just no way to know what a Marsh Tacky is if you don’t already. My guess would be a marsh dwelling amphibian. It’s actual a rare breed of horse unique to the state. They’re sure-footed work horses who don’t panic in marshes.

5.) Florida Cracker Horse. Florida. These horses are in the same Spanish Colonial Horse group as Marsh Tacky. They’re not as rare as their counterparts in South Carolina, thanks to dedicated breeders throughout Florida and Texas. 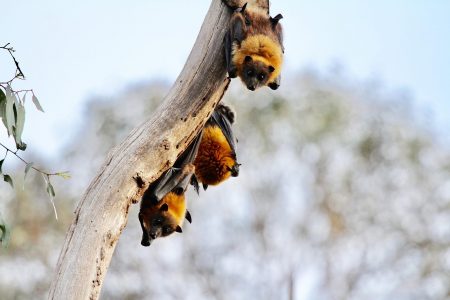 4.) Hawaiian Hoary Bat. Hawaii. There are only two animals endemic to Hawaii, this bat and monk seals. It is considered an endangered species at present. The name comes from the “hoary” appearance of its fur, which looks like the bats have frosted tips.

3.) Blue Lacy. Texas. This is another animal impossible to know from the name. My guess? A kind of moth. It’s actually a dog species created by the Lacy brothers of Texas. They combined coyotes, wolves and greyhounds to get the working breed.

2.) A Shelter Pet. California. Colorado. Illinois. Tennessee. It does kind of feel like these four states are trying to high-road everyone else by choosing shelter pets are their state animals. But they all did it to raise awareness to the high number of homeless animals across the country. If you live in one of these states, you can introduce your pet as the state animal!

1.) West Indian Manatee. Alabama. Florida. In 2017 manatees moved from the endangered list to the threatened list, as their population climbed to over 6,000. Great news for these peaceful water drifters native to the Caribbean, and deserving of top-billing among state animals.