Insane conspiracy theories are usually nothing more than slightly chuckle-worthy light news. But for every funny story, there’s one case where an unhinged person brainwashed into outlandish beliefs does some irreversible damage.

Case in point, the Pennsylvania Supreme Court ruled on February 25 that a woman sentenced to 15-40 years in jail for the murder of her boyfriend should stay behind bars. The reasons for why she shot him are truly bizarre.

Barbara Rogers, 46, was sent to prison in 2019 after she put a bullet through the head of 32-year-old Stephen Mineo. That was because Rogers had been accused of being a reptilian alien creature in disguise, reported PennLive.

Both Rogers and her boyfriend were members of a deranged online doomsday cult. They were convinced that an extraterrestrial race of devil-worshipping reptilian shapeshifters were looking to install Antichrist himself as the supreme ruler of Earth.

There’s one sentence this author never expected to type out. Yet here we are. 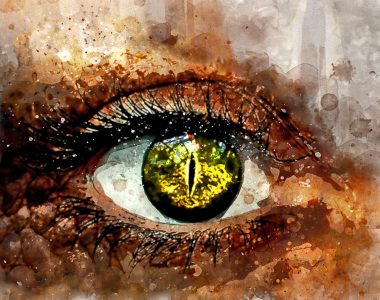 The crime itself took place on July 15, 2017. On that day, Rogers – an Army veteran discharged for medical reasons – and Mineo were both staying at their shared apartment in Monroe Country, PA.

Over the course of the day, the odd couple got into an argument. According to Senior Judge John L. Musmanno, their affiliation with the doomsday had been causing friction in their relationship for quite some time.

“Rogers stated that she and Mineo had recently become upset with the leader of the cult, who believed that Rogers was actually a reptile,” Musmanno wrote in a court opinion.

As a result of the disagreements, the two were kicked out of the cult, wrote The New Republic (TNR). Mineo, in particular, didn’t take the ouster very well.

Rogers said that her boyfriend had simply lost his will to live with his cult membership. So, he asked Rogers to kill him.

The story goes that Mineo placed a .45 caliber pistol. He pressed the gun against his head and told Rogers to pull the trigger.

And she did. Some 20 minutes after the deed was done, Rogers phoned 911.

“My boyfriend had a gun. He told me to hold it here and press the trigger. Oh my god, he’s dead!” she said during the call.

Whether Rogers’ story is true, however, is up for debate. After all, the only other person with knowledge of what actually happened took his story to the grave.

Judge Musmanno, for one, is not convinced of the accuracy of Rogers’ account. And no wonder – according to TNR, Rogers has changed her story several times.

“Evidence was presented at trial that showed Rogers and Mineo had a tumultuous relationship in the weeks leading up to the shooting,” court documents read.

The alien cult that Rogers and Shriner belonged to was led by one Sherry Shriner. Some two months before the killing, Shriner started attacking Rogers online.

She insisted that Rogers was in actuality one of the group’s enemies – a reptilian alien devoted to furthering the cause of Satan. Because of her affiliations, Mineo should call off their relationship, Shriner claimed.

“Shriner had immense control over the majority of her devotees, including Mineo,” the Pennsylvania court said.

“In addition to this ongoing confrontation, the commonwealth presented evidence that Mineo was financially dependent on Rogers, and that Mineo suspected that Rogers was cheating,” the court document added.

In these circumstances, the court found it plausible that Rogers actually killed Mineo as a result of an argument.

Rogers and her defense team, however, didn’t see eye to eye with the judges. That’s why they filed their now-failed appeal to drop Rogers’ murder charges.

According to Rogers, her shooting Mineo wasn’t an act of intentional violence. She argued that she should have a re-trial for involuntary manslaughter in light of her military service and history of mental instability.

She also claimed that she was intoxicated when she shot Mineo. Judge Musmanno, however, ruled that Rogers had been of sound enough mind that her prison sentence should stand.

He also deemed that the judge who gave her the sentence had appropriately considered all the facts of the case.

Speaking of the facts of the case, the most outlandish of them concern the doomsday cult Rogers and Mineo followed. We’ve already told you the basics, but this stuff is so weird that it deserves a deeper look.

The cult was founded by the aforementioned Sherry J. Shriner from Carrollton, OH, wrote TNR. Going by the moniker of the “Messenger of the Most High God,” she spread her bizarre beliefs through self-published e-books, YouTube, Facebook, and Twitter.

The basic tenets of this weird… Suppose we can call it “faith,” revolved around a global alien conspiracy. Shriner claimed that shape-shifting reptiles from outer space had infiltrated human society.

These reptilians collectively worship the Devil, she posited. With tricks such as mind control and body-snatching they were looking to set up a totalitarian world government with the Antichrist at its helm.

Shriner used unflattering photos of celebrities as “proof” that the aliens were here on Earth. Supposedly the ugly pictures were a result of their human disguise accidentally starting to slip off.

The cult deemed practically all global catastrophes to be the work of the aliens. These acts were carried out by the good old conspiracy story favorites, including the NATO, the Illuminati, or the U.S. Democratic Party.

The Steak Tartare of Pure Evil

Not only that, TNR reported that Shriner’s videos also reveal the cult to be viciously anti-Semitic, homo- and xenophobic, and misogynistic, among an endless collection of other hateful ideologies. Even certain foods received the ire the cult’s ire.

In fact, food was what caused the rift between Shriner and Rogers in the first place.

One day, Rogers shared a picture of a delightful steak tartare meal she’d recently enjoyed. To Shriner, that was proof that Rogers was actually one of THEM.

“That means she’s into ingesting blood. Eating raw hamburger is a symbol that you are part of the vampire/succubus societies. Rogers is a witch, I can confirm that at this point,” Shriner wrote.

Shriner died some months after Rogers shot Mineo. Whether the cult will survive her passing remains to be seen.

Maybe it’d be for the better if it didn’t.