Ashleigh Lynn Chavez, 37, was facing a lengthy prison sentence for embezzling money. But just a day before sentencing, she conveniently received a note from her doctor.

It wasn’t good news. According to the doctor, Chavez had uterine cancer.

As her court case dragged on, the notes kept coming in. It seemed Chavez’ condition was worsening quickly, and she did not have long left.

But the truth was that Chavez had forged every single note on her own. She didn’t have cancer — she was just trying to finagle her way out of a prison sentence.

When the authorities figured that out, they weren’t particularly happy. Now, Chavez is looking at an even longer prison term for obstructing justice. 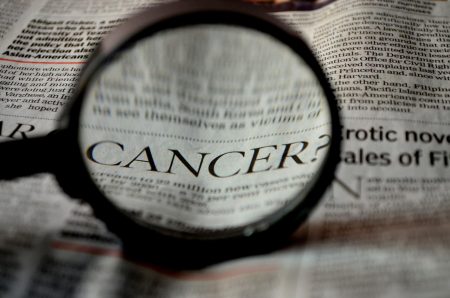 Chavez first got busted for embezzling more than $160,000 from her former employer in 2019. In November of that year, she pleaded guilty to the crime.

Although she was facing a like prison term, the court allowed her to remain out of custody before her sentencing. We know now she made good use of the time she was given.

On the eve of her sentencing, Chavez got a worrying note from her doctor. According to Department of Justice (DOJ), the note said the doctor had found “cancerous cells” in Chavez’ uterus.

Of course, the note wasn’t genuine. Chavez had written it herself and forged her doctor’s signature. But hey, at least she used the name of an actual existing doctor.

Chavez’s lawyer, however, had no way of knowing that the note was fake. After Chavez delivered it to him, the lawyer submitted the note to the court and asked for leniency.

But it wasn’t all for naught. The court, supposing that Chavez did have cancer, allowed her to stay out of jail for an additional three months so she could get medical treatment.

That gave Chavez plenty of time to try and take her con further. The first thing she did was getting a new lawyer.

This new attorney, then started, receiving additional notes from two San Diego-area doctors. According to the notes, her cancer was starting to win the fight.

“Ashleigh has limitations due to uterine cancer and future need for radiation,” one note read, according to the DOJ. Others claimed that was getting surgery due to her illness.

However, the made-up treatments couldn’t stop the made-up cancer. In another note, Chavez’ alleged doctor claimed that her cancer had progressed to stage 2 and had spread to her cervix.

Chavez’ lawyer sent all notes to the courts, arguing that Chavez should be relieved of restitution payment to the victims of her embezzlement. After all, she couldn’t work.

Soon after, the “doctors” started arguing that Chavez shouldn’t go to prison. The notes claimed that her cancer had metastasized and spread to her lymph nodes.

“A year in prison could be a death sentence for my patient. … I highly recommend the chance to allow home confinement or anything else that you deem appropriate,” one note read.

‘An Insult to Cancer Patients’

Believe it or not, judges do in fact have hearts. It seems that they were ready to believe Chavez story and contacted her doctors about their recommendations.

But the court officials were in for a surprise. Neither of Chavez’ doctors had any recommendations — they had no idea what was going on.

One of them said Chavez had been a patient, but they certainly hadn’t diagnosed her with cancer or written any notes for her. The second doctor, meanwhile, had never once even heard Chavez’ name.

The jig was up. On April 1, 2022, Chavez plead guilty to her new charges, accusing her of obstructing justice.

Now, on top of her original sentence, she’s facing an additional 10 years in prison.

“The defendant went to great lengths to avoid reporting to prison for her prior fraud conviction by faking doctor’s notes claiming she had cancer – an insult to cancer patients everywhere,” said FBI Special Agent in Charge Stacey Moy.

“May today’s guilty plea finally put an end to this odyssey to obstruct justice which, in the end, will only add additional time to her sentence,” she added.