The lottery game of chance involves the distribution of prizes among purchasers of tickets. The game of lottery has a long history. Among all the games of odds, lotteries have been and are still very popular.

The most prevalent form of lottery game is lotto, which involves a random selection of numbers. Participants in this game randomly choose distinct numbers from a large pool of integers.

The organizers stop the sale of tickets at a certain point and then select winning numbers randomly from the numbers. If any of the tickets sold match for more of the winning numbers, a prize is given to the holder of the matching ticket. 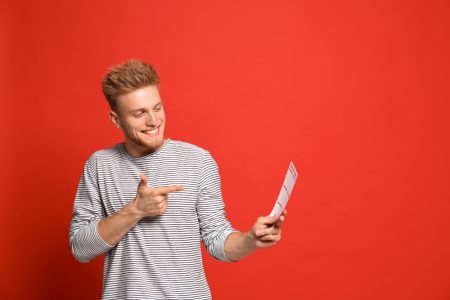 Why is it Hard to Win the Lottery?

Lotteries are often run by the government to raise funds for the improvement of infrastructural facilities. Many lotteries were created to raise supplemental funds for public schools.

Others fund a diverse range of programs and projects in the fields of health, education, the environment, and charitable purposes.

Secondary and online lotteries have grown massively popular, giving people a chance for regular draws and bigger jackpots. The possibility of winning more money is a great feature that attracts many players despite the very low winning probabilities.

For instance, in the United States of America, the odds of winning the Mega Millions jackpot are 1 in the 175 million, and that of the Powerball jackpot is 1 in the 195 million.

The drive to win the jackpot or any of the other prizes has led players to devise strategies on how to win the lottery. Many populist strategies deviate from the traditional selection of numbers in a random fashion.

Some of the strategies adopted include repeated play of the same number, choosing or even avoiding specific numbers, for instance, numbers that belong to the same interval of tens, consecutive numbers, and so on. These are some of the reasons why so few end up winning the lottery.

Toxic positivity: Many lottery players might think that they are on a winning streak, or ”getting closer”, because they have had two near misses with their numbers.

And so they keep trying with the same strategy, steadfastly believing that it will work. Some players believe that specific numbers have a higher likelihood of winning, as evidenced by sites that present statistics of ”hot” numbers.

Problem framing: Some player attributes losing to a lack of skill, most likely subconsciously. And so every new selection of numbers in the lottery is a new attempt for them to “do better” and refine their winning technique. Buying tickets regularly has been cited as essential for the process of improving.

Hindsight bias: Some players tend to think that loss was predicted. They believe that just as much as they could predict a loss, they can also predict the winning line. This encourages the player to think that they will win on the next bet and increases the risk of recycling strategies and numbers.

Players that do not select lottery numbers randomly often realize lower winning prizes than they would have done if their selection had been random.

In the lottery, the probability of winning will be equal to the fraction of all of the possible lottery numbers which count as winning. That is:

So the basis of a winning lottery strategy should be playing the probabilities—or, to bet on that which is more likely to occur. If something rarely happens in lottery drawings or has never happened before, shouldn’t common logic tell you not to expect it to happen?

The odds of winning the lottery are not in anyone’s favor. Nonetheless, lottery players very rarely consider themselves to be wasting money. Most consider lotto-buying money as marginal and suitable for expenditure on non-essential items.

Many chase the dream of believing in lucky numbers and other misconceptions. So the years go by, and luck never strikes.