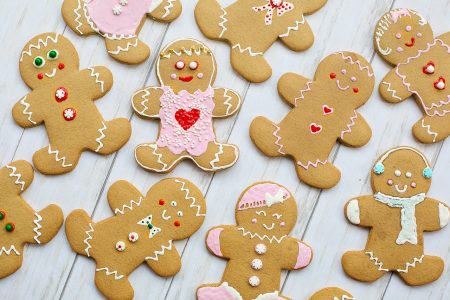 Christmas is one of the largest religious traditions in the world. Around 2 billion people will celebrate Christmas every year, and not all of those people are Christian or even religious.

Christmas has also given the world a whole host of different traditions and customs that express cultural identity whilst all being tied together in the theme of Christmas.  In its earliest form, Christmas was celebrated through food and the occasion is still very much marked by and loved for the glorious food we eat during the holidays.

In the UK, Christmas is known for roast turkey, stuffing, pigs in blankets, mince pies, Christmas pudding and so much more. CDA appliances illustrated some weird and wonderful Christmas food traditions all around the world. Let’s see what people are eating at Christmas time!

China’s small Christian community have a quaint tradition of sending apples to loved ones. Not just any apples though, these often have messages or intricate patterns on them. They are referred to as ‘peace apples’ and are supposed to wish a safe night for the recipient on Christmas Eve.

Not for fussy eaters, Norway have a Christmas tradition of eating what is called ‘smalahove’. In English? Sheep’s head served with potatoes and swede. Traditionally eaten the Sunday before Christmas, this would’ve been a treat for poorer Norwegians. However, some of the most delicious meals come from the working classes of the world like paella. Smalahove was outlawed by the EU in 1998, but is still sought out by tourists as an extreme dish.

Russia has a strong religious tradition, and roughly 40% of Russianas still declare themselves to be despite the rise and fall of the Soviet Union. They have a Christmas dish called ‘selyodka pod shuboy’ which translates as ‘herring under a fur coat’. This consists of diced and pickled herring underneath diced potatoes, carrots, beetroot, onions and mayonnaise and topped with boiled eggs.

The two biggest religions in Japan are Shinto and Buddhism, so Christmas isn’t that widely celebrated. But what is Christmas without rampant commercialism? In a move that is very representative of Western Christianity, a KFC franchise in Japan launched the Christmas Party Bucket which has snowballed into a countrywide tradition with 3.6 million families partaking. Even if you don’t live in a Christian country, Christmas Inc. can still find a way!

Britain is a land filled with weird, quirky traditions. But none of them are weirder than Christmas pudding. It’s not that strange, it’s just weird that people claim to like it. Like most British traditions, it involves booze. A heavy dessert of fruit, nuts, oats, alcohol and suet, it used to have things like silver coins, wishbones, rings and more as signs of good luck and prosperity.

Mopane worms are abundant around Christmas time in parts of South Africa, so they have become an annual tradition – a comfort food for older generations and a delicacy for younger people. Rich in protein, this is another tradition that was borne out of necessity. Served with onions, tomatoes and chilli, they are certainly an unconventional Christmas food – don’t knock it until you try it!

Catholics have long abstained from eating meat and animal fats around Christmas. We’re not sure how strictly that’s observed these days, but from that has come a tradition called ‘Feast of the Seven Fishes’. It is meant to acknowledge the significance of the number seven in the Bible and takes place on Christmas Eve with a wide variety of seafood.

Greenland is one of the harshest places to live in the world. With a population of 56,000 mostly Inuit people, there are Christmas traditions in Greenland left over from their Scandanavian influences. Mattak and Kiviak is traditional Christmas fare in Greenland. What is it? Mattak is raw narwhal blubber and kiviak is a small bird stuffed in a sealskin, which is then left to ferment for many months. Yum!