Wisconsin is home to a bunch of great Midwest people and a bunch of weird Wisconsin laws you would never expect. Which law do you think are the craziest and most weird?

No Margarine in These Public Places

There are some exceptions, but overall, there’s to be no margarine in restaurants, schools, hospitals, or prisons. The sale of margarine was even banned in the state from 1895-1967. The prohibition of sales was due to the Wisconsin Oleo Wars and was only lifted later in the 1960s. Even after a 2011 effort to remove the product, the same margarine-related restrictions stay in place within a Wisconsin Statute. Specifically, it’s illegal for a restaurant to serve butter as a substitute unless specifically requested.

The serving of colored oleomargarine or margarine at a public eating place as a substitute for table butter is prohibited unless it is ordered by the customer. 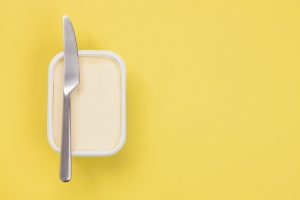 Another statute prohibits servers from giving margarine to schoolchildren, prisoners, and hospital patients unless a doctor has ordered otherwise:

These laws are no doubt ridiculous but like many others, violators are subject to hefty fines or even imprisonment. It’s listed that  those who commit first offenses risk being fined between $100 and $500 and imprisoned for up to three months. Second offenses (and beyond) can cost between $500 and $1,000 and require up to one year in the county jail!

Can we just be honest and all admit that butter is way better than margarine anyhow? Let’s just eat butter.

No Coloring of Animals 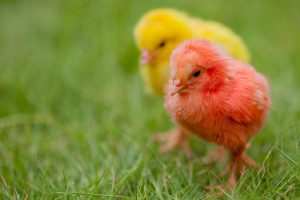 At least, no coloring of them if you’re going to sell them. This seems to be one of the strangest weird Wisconsin laws. Maybe someone thought this was a good idea for Easter? Otherwise, why would you die animals and then sell them? Just so you’re aware, it’s illegal to sell colored chicks, ducklings, and rabbits, and then sell them.

Also, when it comes to chicks and ducklings, there’s also a law against anyone from Minnesota crossing the border into Wisconsin with ducks or chickens on their heads. (Seems that this is an old law that was probably confused because of an old law dealing with a fabric called duck cloth.) 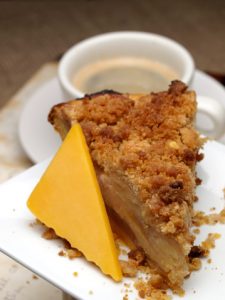 It’s one of the most frequently cited state laws but turns out it’s just a myth. It says that “all apple pie in Wisconsin must be served with a slice of cheese on it.” A former director of reference and outreach services at Wisconsin State Law Library, Connie Von Der Heide, exposed it all when asked to tackle the subject. She in fact noted that the law was “in effect from 1935-1937” which required restaurants to serve butter and cheese at every meal. She added that the law never forced restaurants to put cheese on any part of the meal. The law or myth as it were, is probably rooted in Wisconsinite’s love of cheese and apple pie, as its’ said to be a staple of the Midwest, and all of America for that matter. For weird Wisconsin laws, this one definitely fits the bill.

Weirdly enough, Vermont actually came close to this becoming a real law when there was a proposed bill that servers make “good faith effort”  to serve apple pie with “a cold glass of milk,” “a slice of Cheddar cheese weighing a minimum of ½ ounce,” or “a large scoop of vanilla ice cream.” 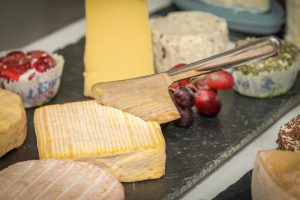 Because of Wisconsin’s cheese reputation, there are guidelines regarding the integrity and reputation of this state’s cheese. Cheese is made out to be a complex legal topic, when it comes to this list defining it. First, the  formal definition of “cheese” is a dairy product that is prepared from the pressed curd of milk and includes the following varieties with or without rind formation: Brick or Muenster, Cheddar, Colby, Granular, Monterey (Jack), Swiss, and Washed Curd.

The following are 18 terms for cheese flavor characteristics and 20 for cheese body and texture. The regulations include definitions for the following terms:

These are some weird laws for any state. For more, see Weird Wisconsin Laws That Will Have You Asking What?: Part Two.