What a long, strange journey it’s been. Over our Weird Tourism series, we’ve visited some of the most mind-boggling locations in Europe, Asia, Africa, and Latin America.

But although we’re on the home stretch, the journey’s not over quite yet. We still have North America to explore.

So, before we head home from our trip, let’s check out a few of the strangest things to see and visit in the U.S. and Canada.

1) The House on the Rock — Spring Green, Wisconsin

According to the legend, a man called Alex Jordan Jr. showed his plans for a house to the famed architect Frank Lloyd Wright. After right told Jordan that his design, well, sucked, the insulted man decided to build his creation out of spite.

And what a creation it is. Not two things make sense at the House on the Rock.

There’s carpet on the ceiling, the lighting is dim, and the hallways rise and snake around without any rhyme or reason. And to top it all off, the house hosts a fantastic collection of strange objects and curiosities, some authentic and others blatant forgeries.

Remember Froggyland from the European leg of our tour? Well, the Torrington Gopher Hole Museum has pretty much the same idea.

The museum has 77 stuffed gophers that have been posed and dressed as if engaging in everyday human activities. It’s cute and macabre, both at once.

Across the 44 dioramas, the gophers go on a moonlight date, hunt birds, firefight, and rob a bank. The spark for the museum’s creation came from the gopher overpopulation Torrington once struggled with. 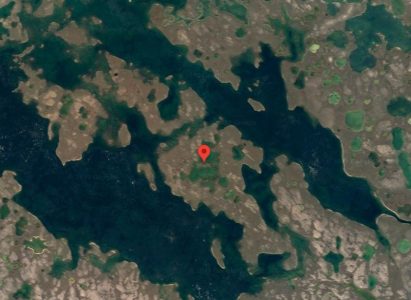 What’s a recursive island, you ask. It’s quite simply an island in a lake on an island.

Not only that, this is the largest island of its kind in the world. Visiting it may not be very easy, though — it’s very much possible no human being has ever laid foot on this four-acre island.

Despite its name, the Great Stalacpipe Organ is actually a lithophone. Don’t worry, we had to look that up, too. A lithophone is an instrument that strikes pieces of rock to play music.

But the Great Stalacpipe Organ doesn’t use just any rocks. Playing on its organ-like keyboard will cause small rubber hammers to hit the ancient stalactites of Luray Cavern, producing musical notes.

Due to the scale of the stalactites, the Great Stalacpipe Organ is the largest instrument in the world. The sound it produces is haunting, but it’s well worth the trip to hear it. 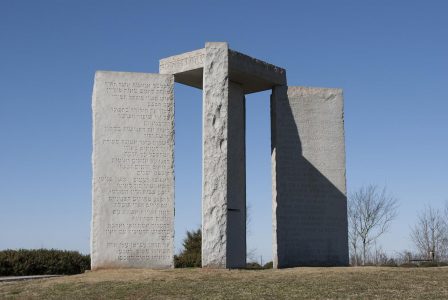 In 1979, a man known only by the fake name Robert C. Christian hired Elberton Granite Finishing Company to build a stone structure on a plot of land he owned. The following year, the mysterious Georgia Guidestones were erected.

No one knows who Christian was or why he put up the stones. The 10 instructions — or commandments, if you will — inscribed to the stones seem to lay out a plan for a post-apocalyptic society, while the stones themselves function as a stellar clock, compass, and calendar.

Many people have put forward theories about what the stones signify. Some claim they’re part of a worldwide Satanic conspiracy, while others see them as an inspiring call to strive for a rule of reason.

Imagine traveling through the Alaskan wilderness, far away from civilization, and then suddenly you see it. An unmistakable profile of a human head staring out from a rock.

What makes the Natural Rock Face so strange is that it’s… Well, natural. The face hasn’t been carved by human hands but by the all-natural forces of erosion.

It takes a bit of effort to reach the place since you have to take a boat and the face is only clear from a certain angle. But it’ll definitely be one of the most striking rock formations you’ll see. 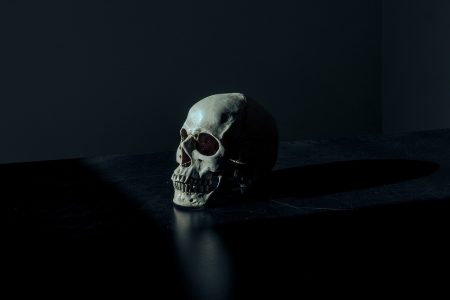 A fair warning, the Mütter Museum isn’t for the squeamish. But if you can stomach human skeletons and tissues, this medical museum is definitely worth a visit.

It has an impressive collection of 139 skulls. They also house the tallest human skeleton on exhibit in North America, clocking in at seven feet and six inches.

But it’s not all just about bones. The Mütter Museum also exhibits various wet tissues, like the tumor from President Grover Cleveland’s mouth and slices of Albert Einstein’s brain.

We know what you’re thinking — Nicolas Cage isn’t dead. But the Hollywood star has already picked out where he’s going to rest once he kicks the bucket.

Cage has an eccentric reputation, and his to-be final resting place reflects it. The tomb is a white stone pyramid with the phrase Omnia Ab Uno (“everything from one”) inscribed on it.

The actor has never explained his reasoning for purchasing the tomb. As a curious side note, it has become a tradition for female fans to visit the grave and kiss it, leaving lipstick marks all over the stone surface.