After two long years of pandemic-induced quarantine, traveling to places is slowly becoming a possibility again. That’s why we at Oddee thought we’d do something special.

In our five-part Weird Tourism series, we’ll go through five continents and list the most obscure, scary, or just plain bizarre sights, locations, and attractions for you to see. We’ll begin our journey in Europe, before traveling through Asia, Africa, and South America, before concluding our trip in the U.S. and Canada.

So, pack your bags and hop aboard as we explore the X weirdest things to see and do in Europe. 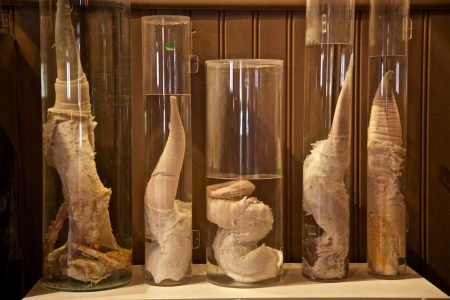 Starting in one of the northernmost places in Europe, we arrive in Reykjavik, the capital of Iceland. It’s there where we find the Icelandic Phallological Museum.

And yes, it’s exactly what it sounds like. It’s a museum dedicated entirely to displaying preserved penises of various species.

It’s not a place for those with weak stomachs, or for people who blush easily. But if you’re interested in animal anatomy you don’t (hopefully) come face to face with every day, it’s a sight worth seeing.

According to legend, Mother Shipton was born in this cave in 1488. She was hideously ugly but could see into the future, and she reportedly foretold the Great Fire of London in 1666 and the defeat of the Spanish Armada.

We don’t know if that’s true, but Mother Shipton’s Cave is a stunning location in its own right. Sulfate- and carbonate-laden water constantly cascades down from a spring and has carved the cliff above the cave into an interesting shape.

But that’s not all. The water is so mineral-heavy that it quickly petrifies anything that it flows over. People have hung various objects — from teapots to dolls — under the cliff and they’ve all been turned to stone. 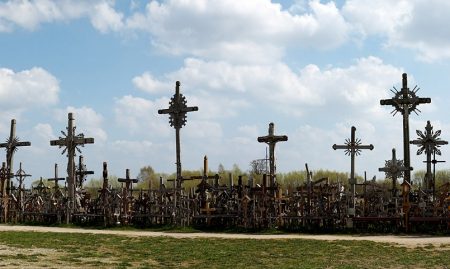 The Hill of Crosses is a major Catholic pilgrimage site in northern Lithuania. The hill itself is a rather unremarkable bulge surrounded by Lithuanian countryside.

But it’s completely covered in crosses. Official estimates say that there could be anywhere between 55,000 to 100,000 crosses on the hill.

Not only that, pilgrims have brought rosaries, statues, and other religious artworks to the hill. The relics have been amassed on the knoll since 1831. 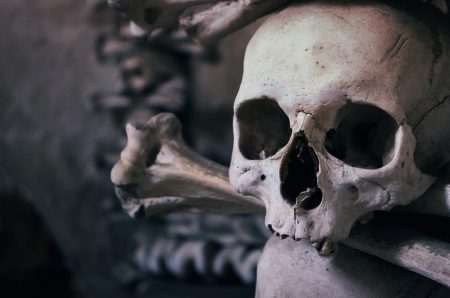 The Sedlec Ossuary is also called the Church of Bones. It’s easy to see why — the church is decorated with the bones of at least 40,000 human skeletons.

The ossuary got its beginnings in 1278 when the King of Bohemia sent the abbot of the Sedlec Monastery to Jerusalem. He returned with a jar of soil from the Holy Land that was housed in Sedlec.

Soon, people from near and far wanted to be buried near the relic. When they ran out of places to bury them, well… The monks got creative.

One of the most famous decorations in the Church of Bones is the enormous chandelier hanging from its ceiling. This macabre fixture contains at least one of every human bone. 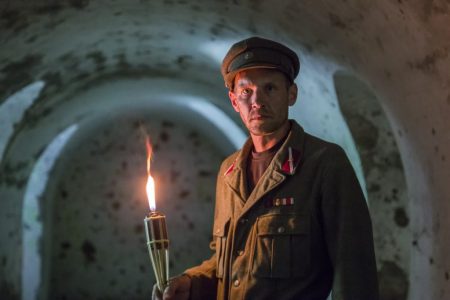 The Karosta Prison museum details dark times in Latvian history. Originally constructed as a hospital, the Nazis and later the Soviets turned it into a brutal military prison facility.

The museum offers exhibitions and tours to visitors. But their most famous attraction is their “hotel service.”

Small groups of guests can reserve the prison’s cells for an overnight stay. But this is not a hotel for the fainthearted — you will get an authentic Soviet prison experience.

The museum requires every overnight guest to sign a statement acknowledging that they consent to be treated as prisoners, with all the verbal and physical abuse that comes with it.

The Parikkala Sculpture Park is impressive and unsettling in equal measure. Over 50 years, the reclusive artist Veijo Rönkkönen filled the area around his secluded house with 550 concrete statues.

He was so introverted that the man barely ever left his house. He was still interested in the outside world, though, so he started sculpting things he saw in books.

As he got older, he created the Yoga Park. It’s a collection of 250 statues of young men in athletic poses — a tribute to the youth Rönkkönen lost.

There’s no denying that Rönkkönen was a productive artist. But there’s just something creepy about the dead-eyed concrete people that are slowly getting reclaimed by moss.

Do you like frogs? If yes, you’ll either love or hate Froggyland — a museum featuring 507 taxidermized frogs.

The frogs aren’t just on display on shelves, though. Ferenc Mere, a Hungarian taxidermist, arranged the amphibians into several scenes depicting everyday human life between 1910 and 1920.

In the scenes, the frogs go to the circus, get sentenced to prison, and drink and smoke in a bar, among other things. It’s a fascinating combination of cute and macabre.

Traveling isn’t just about museums and monuments — you have to let your hair down too. London’s Ballie Ballerson lets you embrace your inner child while sipping on a retro cocktail.

The nightclub is essentially a ball pit for adults. There are a million plastic balls that clubgoers can frolic in between drinks.

You won’t have to feel guilty about consuming an entire pizza and several cocktails, either. Trying to dance in the ball pit will definitely burn off those extra calories.