Halloween has a creepiness to it. The day, the costumes, the masks, the stories, and the associations of ghosts, ghouls, and witches does nothing to

And in fact, Halloween is a creepy day and it has creepy things that have happened, creepy ways to celebrate it, and even creepier stories and traditions surrounding it.

Here are some things that may have you thinking twice about Halloween being your favorite holiday. I mean, I know they surprised the hell out of me. 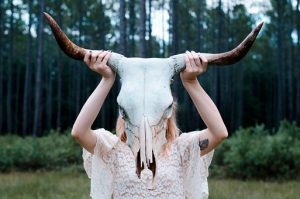 Ok, why? And are they real? Because even without blood, guts, and smelly innards, you are still putting your head and face into an animal head. So the story goes that because of their way of life, the Celtics needed to ensure a good harvest. Their idea was that they could do something that they could appease the Gods and that would be a way to make sure everyone was fed. So they started cutting off various farm animals heads and sticking their own heads through the gaping neck wound.  **gagging** The Celtics would also throw a bunch of animals into a big bonfire and they would have a druid examine the charred bones to determine if they predicted a large influx of food. No, no this didn’t work but if they thought it did then that was enough of the point.

Halloween is mostly an Anglo-Saxon tradition but the Sardinian tourism board is all over the holiday in an attempt to capitalize on the holiday dollars. It isn’t that there aren’t amazing things to do and see in Sardinia but the truth of it is, us Westerners like to celebrate Halloween and other countries want to cash in on that, too. These are the activities Sardinia boasts on their tourism board:

But fear not, there is the freaky torch parade, too. And it’s anything but boring. Sardinian youths get together and light giant bundles of sticks for a torchlight parade in an exciting but no doubt dangerous ceremony. Kids and fire? Not the best idea. Those Sardinians.

Halloween in America in the early 1900s was a night of craziness, and that’s putting it lightly. The teens would mob, riot, and vandalize everything in the streets. The modern celebrations of trick-or-treating come from a much darker tradition and that’s large groups of youths terrorizing the towns in packs. Because of this this medias at the time, read: newspapers and communities, tried to find a way to stop the madness. Parents and children began to go door-to-door receiving candy. Community centers and public schools would hold chaperoned parties to attract teens to those such activities so they would stay out of the streets and not riot. 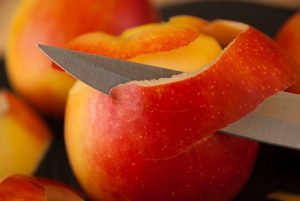 This old time method involved peeling an apple and throwing the peel onto the floor. Apparently if you did this, you could make a seemingly-psychic prediction that would result in death at the hands of dozens of large and hungry rats which live in the walls. Nevertheless, the tradition states that a woman could peel an apple, toss the skin over her shoulder, and the peel would fall like so and form the initials of her future husband. Well, that would sure be helpful in the dating world.

Yes, Halloween and cake. What’s better? In England during the Middle Ages, people’s dead relatives needed prayer to become at peace or to cross over into the afterlife. But the people of the time were too rich and busy to be bothered with these types of things, family or not, so they got some ‘lesser’ folk to do it for them. The poor-er people would pray for the family members and then in exchange, they would receive something known as “soul cakes.” The main purpose of these cakes was that they be used as offerings to the dead on the eve of All-Saints Day. A lot of the cakes went unconsumed, and so began the practice of delivering the cakes to houses and all you had to do to get some was put in some prayers. Win-win.

What do you think the weirdest Halloween tradition is? Either way, the day is almost here so have a safe and Happy Halloween!