Whether you live outside of America or just visit, it’s easy to see that America is a country all it’s own. As a melting pot country, we have cultures from all over, and concoctions all our own, especially when it comes to weird American food.

These are foods we as Americans love and eat, while other countries curl their nose up at it. So what do you think, are these foods weird or delicious? 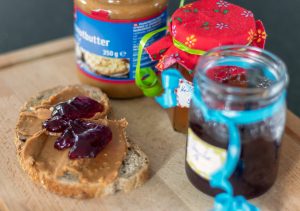 I personally ate peanut butter and jelly toast as a student when I visited Mexico. The host family I was with had never seen it eaten that way before, much less eaten it like that. This may be a weird American food but it’s such a popular and delicious combo.

Ok, so the cheese that comes in a can, you know, the one that doesn’t have to be refrigerated or stored to keep it fresh? No need because this cheese is so full of preservatives, it’s not even really cheese anymore. The flavor is pretty solid and the idea of it is fun, but spray cheese is no doubt weird to other countries, because it’s even weird to me, and I live here.

This is at the very top of my list of favorite snacks. Peanut butter and apple is such a great duo and you can add endless delicious toppings like cinnamon, sprinkles, mini chocolate chips, blueberries, crushed graham crackers, cinnamon/sugar, or even a chocolate drizzle or caramel dip. No matter how you eat it, you should really try this snack, it’s satisfying and easy, too.

Growing up in the Midwest, casseroles are a common winter dish and popular throughout much of the rest of the United States as well. Casseroles usually have meat or protein, starch, vegetables, and typically cheese or dairy of some sort. You can make it without and the options are literally endless, but to some people, this is an extremely weird American food.

It’s not only American food that other countries dislike, but their drinks, too. Apparently root beer isn’t common elsewhere so when people do try it, they find it to be a weird combination of licorice and wintergreen, when it’s actually made from sassafrass. Apparently, it kind of tastes like the flavoring other countries use for cough syrup, so there’s that. And of course, if you  don’t like root beer then the sheer idea of a root beer float blows your mind. More for me, though, root beer floats are another weird American “food” favorite. 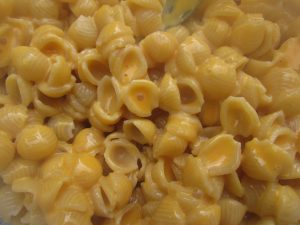 Yes, the stuff in a box. You either love it or hate it and honestly, it has just come to my attention what an American food connoisseur I really am, because macaroni and cheese is one of my all time favorite foods ever. EVER. It has been said that boxed mac and cheese tastes bad, unhealthy, and even that it hurts your stomach. Some people cannot even believe we like the stuff, much less eat it on the regular. 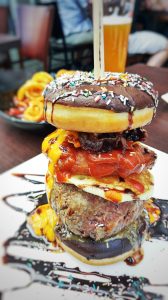 And finally, the epitome of all weird American foods, the donut burger. Yup, this is a greasy burger inside of two surgary, glazed donuts. Talk about artery busting foods from the US. This one I have never tried and as a savory carb>sweets fan, I probably never will.

Boxed mac and cheese is easily my favorite weird American food from this list, do you love it , too? Either way, these foods are popular for lots of people and really, who cares if it’s weird?