Do you like wacky shows? If you need some entertainment, in the wackiest way, you have to check out some of these shows.

This wacky show is so fun to watch, but certainly wacky. The premise has people competing to see who can get the furthest in the obstacle course. Sometimes the challenges are wet, steep, small, and tilted. See if them even move. If you can pass it, then you will go up against others who have passed and ultimately, someone will win! 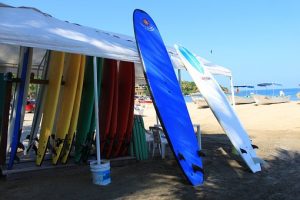 As a lover of this franchise, it’s hard to say these shows are wacky. But the truth is they absolutely are. Bachelor, Bachelorette,and Bachelor In Paradise are wacky dating shows. The point of these shows is for male and female contestants to meet each other and see if they have a connection. Ultimately, the show is there to allow people to see if they can fall in love. Bachelor and Bachelorette revolve around one person and about 30 people that come on the show to meet the respective bachelor or bachelorette. Then, for Bachelor in Paradise, it’s mostly alums from the main shows that come together on a beach in Mexico to meet and potentially also fall in love. BIP, as it’s affectionately abbreviated, is more full of debauchery and drama but there are relationships, marriages, and families that have formed.

This wacky show is a game show. Sometimes it’s families, groups of friends, or even celebrities that are grouped together for the prospective teams. Steve Harvey hosts the show and asks a main question to a member of each team. Then from there, the team member that won the question’s team gets to try and answer them all. Three strikes and you’re out, so to speak, and the other team gets to try. Each team has five contestants per side and they are tasked with guessing what the answer to the question is. There are 8 possible slots for answers but any given question has a different number of possibilities, depending on the question. This show is fun to watch and to play along, but a wacky show nonetheless. 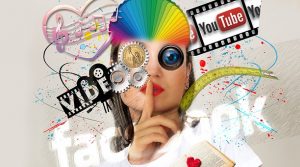 Ok, so it’s not TV per say but we all watch YouTube and we can all agree that you can find some of everything on YouTube, including hella wacky stuff, like wacky shows but also, wacky videos. From the Yassss cat (if you haven’t seen it yet, go look) to the ASMR videos. You don’t know what that is? It’s basically people making sounds with everything from a keyboard to a fan to with their mouth. There are even some that are 8 hours worth of sounds to help you fall asleep. 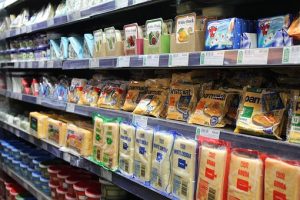 Guy Fieri is a Food Network personality who has a whole bunch of different shows. He likes to drive around and find delicious places to eat at and does so on Diners, Drive-Ins, and Dives. He has several restaurants and stars in lots of other tv shows. But none is as wacky as Guy’s Grocery Games. How about this, do you remember the show Super Market Sweep? Contestants would run around the store getting all the most expensive items they could and racking up their bill. Well, the end of Guy’s Grocery Games is like this show, and it’s very entertaining. But for the rest of the show and before the grocery store run, chefs come in, shop at Flavortown Market, the store on the show, and have to compete and cook dishes according to all of Guys wacky rules. Some of the rules including “bowling for items,” and then having to cook with whatever “pins” are left standing, the wheel of foods that you have to cook with, and only buying items that have a certain price tag, for example, items that are $7.99.

These wacky shows are fun, full of entertainment, and all around weird. YouTube has got to take the cake with the ASMR videos, but the Bachelor Franchise has my picky for wackiest, and best, of TV.