Ah, Venice and its gondolas. We all know the scene – the gondolier singing in Italian as he rows a couple of lovebirds at night through the city’s canals.

It’s one of the most recognizable local attractions in the world. And – although one could question how smart it is with the coronavirus – tourists have begun to return to Venice to take rides on the gondolas.

While the Venetians will undoubtedly welcome the tourists after COVID-19 ravaged their tourism industry, they’ve had to make some changes. Namely, the city is lowering the number of people allowed on gondolas at one time.

The change is not due to the virus and social distancing, though. It’s because the gondolas are at the risk of sinking under the ever-increasing weight of tourists.

That’s right. The tourists flocking to Venice are simply getting too fat for the gondolas to safely keep them afloat.

Andrea Balbi, president of Venice’s gondoliers association, laments to the Guardian that tourists have gotten noticeably heavier over the past 10 to 15 years.

“Unlike in a lift, where there’s a message that says ‘only six people or a maximum weight’, we don’t have scales to weigh people. And so, we reduced the number of passengers,” Balbi said.

The larger da parada gondolas, used mostly on the Grand Canal, will now take 12 passengers on board instead of the previous 14. The smaller da nolo gondolas dropped the count from six to five. 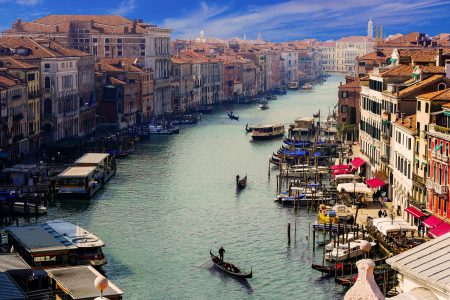 ‘Bombs’ on a Boat

Heavy loads can sink the gondolas deep enough that water starts flooding in. It should go without saying how bad of an idea getting water in a boat is.

The combined weight of the tourists and the water makes the gondolas extremely difficult to maneuver through Venice’s tight canals. In the worst case scenario, the whole boat could simply sink.

Raul Roveratto, the president of substitute gondoliers’ association, said that getting tourists from certain countries onto the gondolas feels like “loading bombs”.

“And when the boat is fully loaded, the hull sinks and water enters. Advancing with over half a ton of meat on board is dangerous,” he exclaimed.

In the tourists’ defense, gondoliers have been overloading their boats with people. For example, the intended design of the al nolo gondola accommodates only five people instead of the six that used to be allowed on them.

As such, part of the blame for sinking boats lies on gondoliers trying to cram too many people on board. Still, it used to work before the tourists started getting more robust.

Roberto Luppi, former head of the gondoliers’ association, added in an interview with the Jakarta Post that traffic also played a part in the decision.

“The problem is the average weight per tourist, but also the fact that the waters of the canals are increasingly agitated by motorboat traffic,” he said. Waves caused by the motorboats are more likely to splash into the already low-riding gondolas.

Luppi wanted to underline that the move to limit passenger numbers was strictly a safety measure. The intention is not to boost gondolier profits by spreading clients more thinly across several boats.

It’s unlikely the gondoliers are going to complain about making a few extra bucks, though.

The gondoliers are not alone in being concerned about heavy tourists. Already back in 2018, Greece banned overweight people from getting on donkey tours on the popular tourist island of Santorini.

Local animal rights groups noticed that the animals were suffering spinal injuries from hauling overly fat tourists up the island’s hills. They might be strong, but there will always be the pound that breaks the donkey’s back. 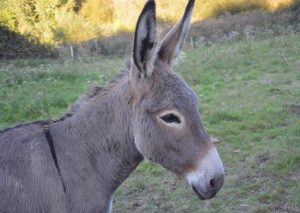 As a result of the activist groups’ protests, Greece banned people weighing more than 220 pounds or a fifth of the donkey’s body weight – whichever was lower – from riding the animals.

“Donkeys should not be loaded with a weight excessive in size, age or physical condition,” the Greek Ministry of Rural Development and Food instructed at the time, according to the CNN.

It might be easy to joke about fat tourists breaking donkeys’ backs, but it’s a symptom of a worrying trend. While we might be too obsessed with being skinny, but at the same time global obesity rates are skyrocketing.

In the U.S. alone, 42.4% of adults are obese, according to the CDC. Looking at global statistics, that number grows to 650 million.

If we count in people who are “just” overweight, the total jumps up to 1.9 billion people. That’s one in every four people on the entire planet.

Far be it from us to start shaming people for their bodies, but those are concerning numbers. That’s especially considering the impressive list of health conditions the CDC associates with excess weight.

These include heart disease, stroke, diabetes, and… Death. Suppose that counts as a condition.

In any case, it’s not really a surprise then that expanding tourism – in every sense – is sinking gondolas and cracking donkey spines.