Thanksgiving is a day of eating, and after all that eating, there’s sleep. But before sleep, you should watch one of these weird, yet entertaining, Thanksgiving movies. 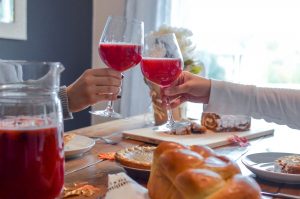 If you’ve never seen this movie, you have to. It’s from the 80s and more importantly, it’s easily my favorite Thanksgiving flick. The premise revolves around a Dad and husband who travels for work. He is hoping to get home to his family by air, but disaster after disaster happens, and he ends up using all the old school transportation before getting there. On the way he meets another guy and their paths stay intertwined throughout the movie. Not only do they share a hotel room, more than once, but also a bed, and neither of them are happy about that. They literally crash into one of the hotels they are staying at, start a car on fire, and are even robbed, without either one of them knowing it. This movie is very funny, strange, and great to watch with family, or friends

This Thanksgiving movie is of the cartoon variety and voiced by some of the best actors and actresses in the business. Owen Wilson, Woody Harrelson, Amy Poehler, and George Takei come together in this family-friendly flick. Perfect for turkey day, this movie features two time-traveling turkeys that try to head back to the first feast to change what is served on the Thanksgiving menu. 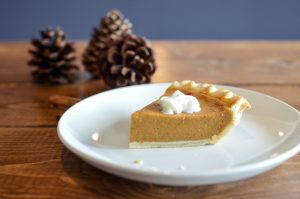 Ok, so this one isn’t weird, but it’s definitely a classic. Charlie Brown and his friends get together to celebrate the holiday. While Charlie Brown and Sally are busy prepping for Thanksgiving at their grandmother’s, Peppermint Patty calls to invite herself over and adds Marcie and Franklin to the guest list. Linus comes over and suggests two Thanksgiving dinners, the first for the friends and the second at grandmothers. Snoopy and Woodstock help. The friends have a feast and although the buttered toast, pretzel sticks, popcorn, jelly beans, and ice cream sundaes are no-traditional to say the least, they all are invited to grandmothers after and even Snoopy and Woodstock have a feast, complete with turkey and trimmings that they make for themselves. 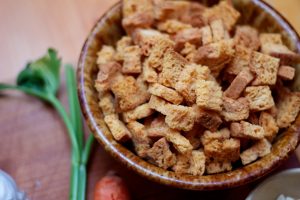 This football movie is a quirky film with a lot of heart. Micheal Oher, a very tall, very nice, homeless kid, ends up being adopted into a well-to-do family. He is great at football, which the family loves, and instantly bonds with the families younger boy, becomes the star of the football team, and even goes to college. This is the best football movie out there, if you ask me. And the best part is the Thanksgiving dinner. Mom buys it, sets it out, and the whole family settles in the living room to eat and watch football. Everyone that is except for Michael. Michael sits down at the dining room table and begins to eat. When mom sees this, she turns off the tv, and the whole family sits around the table to eat together.

In this John Hughes film, the adorable Curly Sue and Bill Dancer are homeless companions, with a rather large age gap. They both have hearts of gold, as many homeless do, and are not set to make money but rather just get enough to eat. They scam the rich and powerful Grey Ellison but Grey is touched by them and puts them up for the night. Bill wants Curly Sue to have a home and care but Curly Sue has ideas of her own.

Two old neighbors, both of which have known each other since childhood and have never gotten along, also have a mutual love interest. This all makes for an interesting story and a hell of a funny storyline, and Thanksgiving scene as they spot their new female neighbor on a date.

These movies are all entertaining and weird in their own ways, making them perfect for watching after eating Thanksgiving dinner. First dig in, and then sit back and relax, it’s almost Thanksgiving!