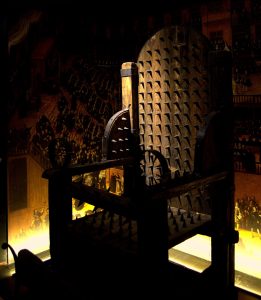 The worst torture devices I’ve encountered in the modern day are slow Wi-Fi and bad coffee. But for a good thousand years, much (much) worse things could happen to a person. It may not always feel like it, but we’ve come a long way in our treatment of our fellow man. Some of these medieval torture devices are absolutely gleeful in their sadism. Each one seems to say “sure, that hurts, but get a load of this.”

Next time you’re flying a discount airline (which is genuinely torture), just remember a few of these tools of torment and think about how much worse things could be. 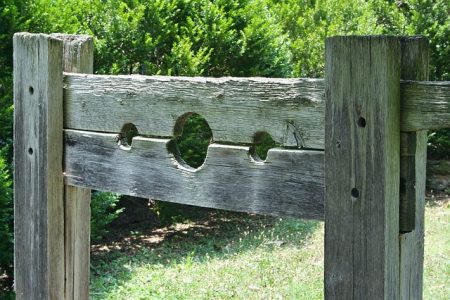 The Stocks. The most infamous torture device. Visit any historic village and there’s a photo op to put the family fool in the stocks. There are spaces to clasp feet and hands between two boards. Once locked in, authorities left victims for days. Social expectation was that the townspeople would kick, spit, beat and throw rotten food at the person. Basically, a medieval version of getting cancelled on Twitter.

Scavenger’s Daughter. History credits this contraption to a Lieutenant of the Tower of London. I imagine him walking around his torture chamber and saying, “Yeah the Rack works, but I’m just not in the mood for stretching someone.” So he squished them instead. This device bound a person’s head, wrists, and ankles. Then the victim had their whole body squished in together until blood came out of their ears and nose.

Breast Ripper. Do I need to say anything more? It was, you guessed it, used to rip breasts off. Specifically, of women who were “sinful”. Some of these sinful acts most modern day women probably tick off before breakfast––heresy, blasphemy, and witchcraft, for example. The second generation of this device, called The Spider, attached to a wall. The woman was hooked to device & then slowly pulled away from it. 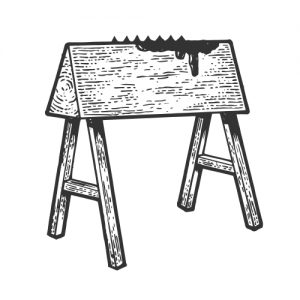 The Wooden Horse. It’s not news that medieval times weren’t great for women. This is another torture device specifically for ladies. There are some accounts of it getting used on men (seems like it would hurt everyone). It’s a sharp wooden triangle places over a sawhorse. Imprisoned women were tied to the ceiling and then slowly lowered onto the device. Once lowered, authorities added weights to their legs to pull them down onto it. Diabolical. 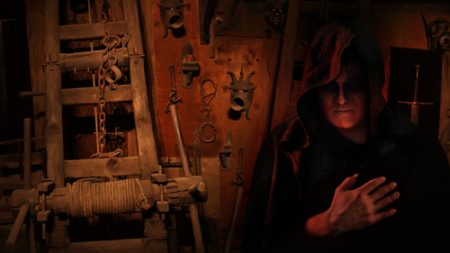 Strappado. During the Spanish Inquisition, you could find a strappado in a town’s public square. They suspended a victim in the air by the wrists, after tying their hands behind their backs. The torture method dislocated the individual’s shoulders. The Inquisition frequently left people for an hour in this position before releasing them. Sometimes, they repeated the procedure. If left for too long, a person could die.

Scold’s Bridle. Also called Witch’s Bridle, this device was meant to stop women under suspicion of witchcraft from cursing people. The device is a metal mask that surrounds the head. There’s a metal harness placed inside the woman’s mouth to press her tongue down and prevent her from speaking. Frequently, the top of the Scold’s Bridle had a bell attached. The ringing of the bell would draw shameful attention from others in public places.