Sure would be nice if humanity was more chill. So we wouldn’t have to worry about running into unhinged creeps when you’re trying to relax in nature. If you haven’t yet, check out Part I of our collection of bizarre stories from the national (and state) parks. They range from creepy foot worshippers to figures cloaked in darkness and freshly dug graves.  This batch includes possible bigfoot sightings, apocalypse preppers, and most terrifying of all, unexplained hot dogs.

Redditor /turgidpinky has spent over a thousand days in the backcountry over the past decade. They’re comfortable in the deep woods the way few people are. But one afternoon in the Cascades, they got so spooked they’ve sworn off returning the valley. Hiking up to the ridge, they suddenly heard a powerful, rhythmic thumping noise—something like two fence posts beaten together to create a dry, heavy impact. 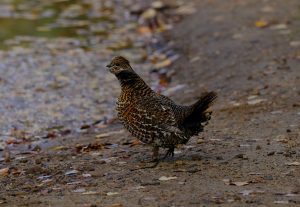 The noise would sometimes get impossibly fast, like a drumroll. It sounded like a deliberate beat the rest of the time, not like the wind knocking two branches together. After listening for a while, they hoofed it back down the trail.

Some Redditors mentioned it was likely a ruffed grouse looking for a mate. Have a listen and decide for yourself.

No, really, there’s something big. 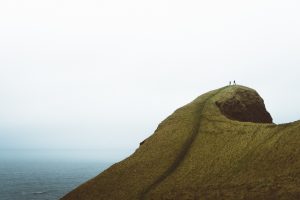 All bets are off once you’re in the deep backcountry. Redditor /grubas used to work as a trail clearer, cutting paths through the wilderness, so they were often the first to explore an area of a park. Camping by a lake one night, they saw a boulder hurled from the opposite shore into the water, followed by two more. They didn’t sleep that night and kept a close hold on their hatchet.

Wouldn’t want to run into them on a dark night. 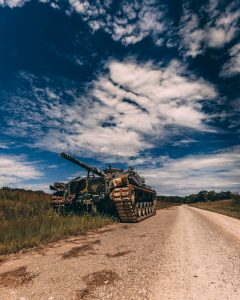 Reddit user /dirt_soilman used to do vegetation surveys for the Bureau of Land Management in Nevada in remote locations. Super remote–five hours driving down a dirt road remote. One day, the BLM team is in two trucks, heading through a narrow mountain pass, about 50 miles from the nearest dirt road. Roaring around the next switchback comes a heavily armored Hummer, with tinted windows and a mounted gun.

There’s no room to maneuver past each other on the road, so the trucks are getting ready to back down the pass a half-mile until there’s room to pass. Suddenly the Hummer reverses twenty feet, then floors it towards the front truck. At the last minute, it guns it off the side of the mountain, crashing through waist-high scrub brush on the steep descent.

How did they get out there? 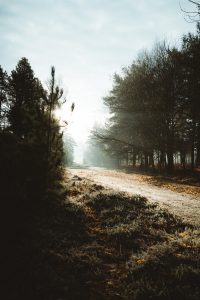 Given how many people are on the planet, it shouldn’t be surprising that two might run into each other in the backcountry. But what about a package of hot dogs? Redditor /gfosterp was in the middle of a two-month trek through the Canadian wilderness when they encountered an unopened package of hotdogs.