Ever had the feeling, when you hear of some celebrity dying, that you were sure that he or she had died before? If a group of people get that, there’s a name for it: “The Mandela Effect.” Its name comes from the example of people thinking Nelson Mandela died in prison in the 1980’s, and not in 2013. Instead of just putting it down to faulty memory, those affected claim that the event did happen, and they are now in some kind of parallel universe. 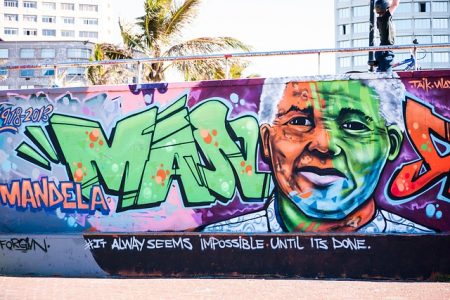 Wild theories regarding the cause of this range from CERN experiments to the many-worlds theories of particle physics.

A study has been running online since January 2018, in the form of a test. At first glance, it seems like a regular trivia quiz, but all the questions are reported Mandela Effects.

Most people are surprised to score about 50% on the test, because they are skeptical of The Mandela Effect, if they’ve even heard of it, and are sure they know their own memory in any case. It gives the “answers” at the end. The quotes are in there because this is a seriously weird test like no other – if The Mandela Effect is real, the answers to the same questions can change! The terminology used is therefore “current” and “alternate.”