Briefly, the coincidences revolve around combinations of the numbers 0-1-3. 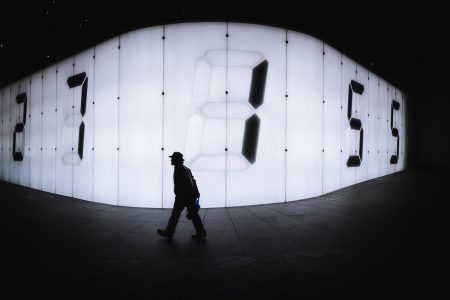 The entire compilation is far too much to list here, so I will try to illustrate the matter as concisely as possible.

The chain began in 1982 with a high school football game in Lafayette, Tennessee (MCHS Tigers) which was played on my 16th birthday. I noted that it wasn’t just on my birthday, but also against Whitehouse, Tennessee. Whitehouse, Kentucky was the city in which I lived in 1976, the only other time I had lived outside of Florida up to that time. I also noted that my school bus number was 9, the same one on which I rode in Kentucky. Coincidences occur to everyone, so at the time I simply brushed it off as a little odd, but of no real significance.

After joining the Air Force in 1984, however, more coincidences began to occur that caused me to pay attention and begin documenting them.

In basic training, my class number was 031; my roster number was 13. At the M-16 shooting range, my target number was 31, and my score was 301. This odd mirroring of numbers is what first got my focused attention, especially in light of the coincidences that I noted in 1982. After basic training and tech school, I was assigned to Hurlburt Field, which was an auxiliary field of Eglin Air Force base, field #9. I was assigned to the 1st Special Operations Wing for about a year, after which I was assigned to the 20th SOS for a day, then reassigned to the 16th SOS for the remainder of my enlistment. The 16th SOS flies the AC-130; the squadron symbol is the Angel of Death, which in tarot cards is #13. The first C-130 was made in 1953, 13 years before I was born (at St. Cloud hospital, which is bordered on one side by 13th street) into America’s 13th generation (Gen X) and 31 years before I joined the Air Force. That aircraft was also assigned to my squadron.

Now, to show the relevance to American history:

The very first American unit to fly in action was a volunteer group, the Lafayette Escadrille, which was renamed as the 103rd pursuit squadron when it was assigned to the Army Air Corps. Pilots from this squadron later flew with the 1st Air Commando in WW II, alongside the famed Flying Tigers. The 1st Air Commando was later renamed the 1st Special Operations Wing, the wing to which I was assigned in 1984.

My first residence (102 Benita Street in Kissimmee, Florida) was across the street from 301 Benita Street. Because of this pattern I have been following, I was fairly disappointed that my first residential address was 102 rather than 103; noting that American history figures so prominently in this bizarre chain of coincidence, however, I dug deeper when I saw the same circumstance in the Mayflower, which left England with 102 passengers. It was after I began digging into this part of American history, looking for another coincidental link, that I discovered that the Mayflower hosted the world’s first recorded birth at sea, changing its passenger number from 102 to 103; even more bizarre, that child died en route, changing the number back to 102, and then another child was born, changing the number back again to 103. The Mayflower’s passenger list changed to 103 twice before it landed. I discovered these facts only because this pattern of coincidence compelled me to look for them.

1863, 103 years before I was born (in 1966), was the year the 13th amendment was introduced in Congress, and 13 years after the election of America’s 13th President (Millard Fillmore) in 1850; it was also 130 years before 1993, the year the 103rd Congress, the first for which I was eligible as a citizen, was inaugurated. 1993 was also the year my brother, Kerry Edwards died, the first death in my family. 2005 was the inaugural year of the first presidential term for which I was eligible, 13 years after the 103rd Congress was elected.

It was because of this pattern that I predicted in December, 2003 that John Kerry and John Edwards would win the White House in 2004. Obviously, they didn’t win that election, but they did run together, and they didn’t consult me to make that decision. Note that I made the prediction when all of the country’s acknowledged experts were insisting that Howard Dean would win the democratic nomination; this was four months before John Kerry won the nomination, and seven months before he chose John Edwards as his running mate. Note also that the prediction is in copyright as of December 10, 2003 (Kerry/Edwards in 2004, registration #TX 5-877-697).

Also because of this bizarre pattern, I wrote to the U.S. Secret Service in 2004 to predict a threat of an atomic bomb detonation to occur on January 20, 2005. I told them that the pattern seemed to indicate that a van would be used, and that the place to look would be across the street from the White House in Lafayette Park. Again, obviously there was no atomic bomb detonation; however, the Secret Service did arrest a man, in a van, with a bomb, across the street from the White House on January 18, 2005 two days before the predicted event. This prediction is also in copyright as of December 22, 2004 (A Prediction for 2005, registration #TX 6-106-382).

On 31 January 1991, one of my squadron’s aircraft (nose number 567) was shot down, killing all aboard. An attachment that cannot be posted here includes a photo of a phony license I made in 1987, shortly before I left the Air Force in 1988. Note that the last three digits of the birth date are 567, the aircraft’s nose number, and the very next line, the expiration date, 31 January 1991, is the exact date that aircraft was shot down. All of the other numbers on the license add up to 103.

There are numerous other facts associated with this chain of coincidence. I submit these to you as they best convey its bizarre nature. In almost every case I can produce documentation, and the historical facts are beyond dispute.