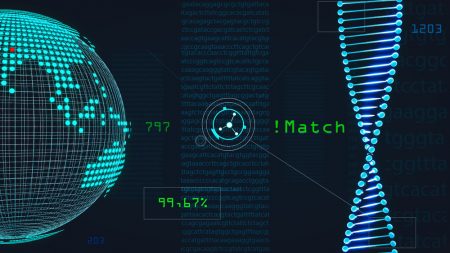 Many people have tried DNA home tests to find out more about their ancestry. They’re interested in whether their ethnic ancestry differs from what they know, whether there are any relatives out there they know nothing about, and whether they are genetically predisposed towards any health conditions.

These are all very good reasons to try an ancestry kit. If you’re interested in trying it for yourself, check out some help for choosing the best DNA test.

But beyond the many benefits, we’ve been graced with some very strange stories along the way. There have been results no one anticipated, and some have even led to greater discoveries. Here are the 3 strangest results to come out of ancestry DNA test.

One of the strangest DNA test result stories is of a woman who had twin daughters. She took a DNA test and found that the twins weren’t hers!

However, she knew all-too-well she had conceived and birthed them. It had to be a mistake, right? The truth is incredibly strange. Her children had their aunt’s DNA – her sister. The thing is, she didn’t have a sister. Not a living one at least. It turned out that she had absorbed her twin sister in the womb, and it was this sister’s DNA that was showing up in her daughters’ tests!

The story of Krista Brian is also incredibly interesting. She grew up considering herself Hispanic. Her father died by suicide when she was still a baby, and so she did not have all that much idea of her paternal heritage. She decided to try an ancestry test to find out more about herself.

She found out more than she expected. Not only was her father not dead, but he wasn’t Hispanic either. He was an African-American man who had known her mother briefly. Krista had to reassess the way that she thought of herself, but she says that meeting her newfound family was well worth it.

When you think about the difference between family and friends, the statement “blood is thicker than water” comes to mind. Family is family no matter how much you fight or try to avoid that reality.

But friendships can be very significant as well. There are millions of people who have lifelong friends who are, for all intents and purposes, family. For Walter Macfarlane and Alan Robinson, that reality turned out to be rooted in fact.

They had each, separately, taken DNA tests, and were told that they had a half-brother. When they were put in touch, neither could quite believe that the person who had been by their side for so long was actually their brother. They found out this information in their seventies, after more than sixty years of friendship.

The truth is that, for them, the information just served as further proof of what they already knew – they were family, even if their DNA had never matched.