Indonesian social media shows a video gone viral of the local sitting in the police station. The man who bought the “pot” reported a crime after purchasing the illegal substance.

He holds a mysterious piece of paper which contain the supposed drugs he bought. However, what the man bought in search of marijuana was not what he wanted at all. It was celery leaves. And some normal grass was thrown in there, too. 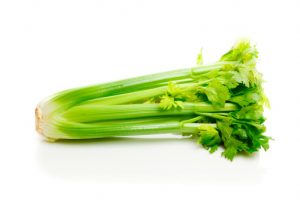 When the video first went viral on Instagram, it showed police laughing at the man while listening to his report. The video was shot at the Palembang police station in South Sumatra.

“The dried leaves were not ganja leaves. It’s fake,” said Dani Yus Daniel, head of the narcotics agency in the branch at the time,

Police began to question him.  They asked if he knew that the marijuana he meant to buy, was “a drug or not.” They asked him how many times he had used the drug.

Local police were considering arresting the man for possession, but they let him go seeing as he was holding vegetables and grass, not drugs. Local newspapers confirmed the incident.

The 2016 Indonesia Investments report said that around 1.2 million Indonesians, or around about .5% of the population, experiment with drugs. The country holds some of the strictest drug laws in the world.

Nurul Ilmi Idris, Professor at the Hasanuddin University wrote: “Marijuana, methamphetamine, ecstasy and heroin are the most popular illegal substances that are used by Indonesia’s 1.2 million drug abusers.

“In the mid-1990s heroin was a popular drug. However, due to a shortage of supply, fewer Indonesians are consuming heroin today compared to two decades ago.”

This article took quite the turn from celery to heroin but with a good finishing stat nonetheless.