More than one commercial airline pilot reported a series of fast-moving, bright light, unidentified objects in the sky. They were off the west coast of Ireland last week in an incident that is now under investigation.

A pilot said that the object(s) were traveling at “astronomical” speeds of at least Mach 2 also known as twice the speed of light. Everything started when a British Airways Pilot from Montreal to London’s Heathrow Airport contacted Shannon Air Traffic Control in Ireland to ask if there was any military aircraft in the area. They told him no and this is when he reported that something had moved “so fast” past the aircraft. 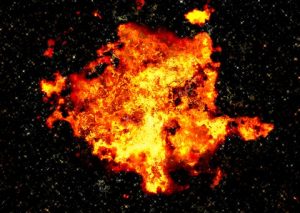 “Errr… alongside you?” the air traffic controller asked. The pilot confirmed saying that two objects had approached on the left side but the “rapidly” veered toward the north. “We saw a bright light and it just disappeared at a very high speed,” she said.

The second pilot reported two bright lights and said they seemed to bank over to the right and them climb away at speed.

The third pilot added saying he was glad it wasn’t just him. The Irish Aviation Authority is now investigating the reports of “unusual air activity.”

An expert chimes in telling a different story. He says he knows what it was and it wasn’t UFOs.

Head of Astronomy Ireland, David Moore, said that he was “1,000 percent sure” it was a meteorite and that he received four reports of a fireball from people on the country’s west coast. His organization posted about the sighting on Facebook. “We had some reports of a massive fireball this morning!” Astronomy Ireland wrote on their Facebook page on Friday. The report said it was moving “quite slow” and that it had “broke up into several pieces.”

In the pilot’s defense, the organization did say that a fireball breaking up does look like a fleet of aircraft/UFO’s flying by.”