There’s probably not a single person on this planet that genuinely enjoys corporate teambuilding exercises. We’re ready to bet even the speakers aren’t that into it.

In addition to the Panda Restaurant Group, the lawsuit lists Alive Seminars and Coaching Academy as defendant. Let’s take a look at what – supposedly – went down at the training seminar. 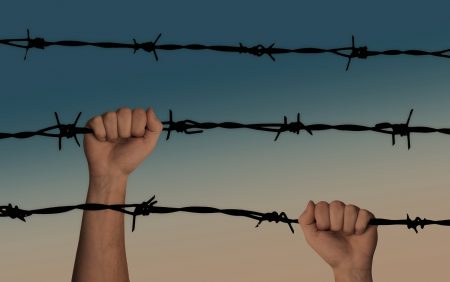 According to the lawsuit, the employee in question (who shall remain unnamed as a courtesy), began working for Panda Express in 2016. Three years later, she was told she was up for promotion.

There was a caveat, however. Store manager Matthiu Simuda told the plaintiff she needed to complete a mandatory self-improvement seminar.

“Eager to improve her skills and advance within the company, plaintiff signed up and paid out of pocket to attend a four-day program,” the lawsuit reads.

“Panda Express pushed its employees in the Los Angeles region to complete Alive Seminars training. In many cases, it was a prerequisite to promotion.”

The employee’s attorney, Oscar Ramirez, told Pasadena Star-News that 20-50 Panda Express employees attended the seminar. The meeting was held at a warehouse in eastern Los Angeles.

As they arrived, each attendee was required to present their Panda Express employee identity number. They received their Panda-branded introductory materials and the seminar got underway.

Right off the bat, though, things took a turn for the bizarre and downright terrifying. The lawsuit alleges that the organizers instructed the attendees to sit down, shut up, and not talk to anyone.

Then the organizers left. The employees were left to sit alone, in complete silence, for the next hour.

The hall’s windows and doors were covered in black cloth. There was no clock, and in addition to speaking, the attendees weren’t allowed to use their phones.

Suddenly, a man burst into the room and started screaming in Spanish at everyone present. He told the attendees they were “nothing” and “didn’t matter” since they were doing nothing, both collectively and individually.

Mind you, this wasn’t some deranged madman that managed to slip into the building. He was an Alive Seminars employee who had been instructed to act this way, the lawsuit says.

“The atmosphere resembled less a self-improvement seminar than a site for off the-books interrogation of terrorist suspects,” the lawsuit reads.

“The sensory isolation and intimidation was reinforced by constant yelling and verbal abuse by seminar staff, creating an atmosphere of fear in the room.”

Naturally, the employees were confused and probably also scared. But according to the lawsuit, most of them – including the plaintiff – decided to remain as their promotion was on the line.

The strange screaming exercise sounds bad enough. But that was only day one of the seminar.

During the next day, the plaintiff alleges the organizers forced her to strip down into her underwear in front of everyone present. This was supposedly a trust-building exercise, but the training staff sure did their best to not make it seem like that.

“Alive Seminars staff were openly ogling the women in their state of undress, smiling, and laughing,” the lawsuit claims.

“Plaintiff – stripped almost naked in front of strangers and co-workers – was extremely uncomfortable but pressed on because she knew it was her only chance at a promotion.”

To top off the exercise, the staff told the employees to stand up and yell about their “inner struggles” until everyone else attending the seminar “believed them.” This didn’t sit quite right with some of the attendees – one man, also stripped down to his underwear, broke down in tears at this point.

To try and cheer him up, the training staff instructed the plaintiff to take the man into the middle of the room and “hug it out”. In their underwear, while everyone present was watching.

A Seminar or a Cult?

As the supposed training event went on, the lawsuit says things got weirder and more cult-ish.

“Alive Seminars staff proceeded to dim the lights. Plaintiff and the other attendees were instructed to stand up and close their eyes, pretending that a light from above would come down and take all the ‘negative energy’ out of them, then pretend that a hole opened up in the ground and swallowed the ‘negative energy.’”

“While this was happening, one of the Alive Seminars staff had a cell phone with the light on, recording plaintiff in her state of undress,” the lawsuit claims.

The whole event was strictly controlled. If anyone wanted to go the bathroom, an Alive employee would stand behind the door the entire time.

At one point, one attendee had to throw up. Not only was he chased to the bathroom by a staff member, he was only given a small trash can to throw up in – and he had to do it while everyone else watched.

The plaintiff had had enough at this point. She made up a family emergency and left the event, saying goodbye to her promotion, the court documents say.

After the whole ordeal, the plaintiff claims Panda Express didn’t give a hoot or a holler about the psychological torture of its employees. Her promotion was of course denied, and her work conditions became “intolerable.”

“We are looking forward to presenting this case to a jury so that a clear message can be sent to Panda Express — which owns and operates over 2,000 restaurants — that it must put to an end to its practice of requiring its employees to undergo horrific psychological abuse and harassment to be promoted,” Ramirez told Pasadena Star-News.

For their part, Alive Seminars claims it is not aware that Panda Express mandates attending one of its seminars for promotions.

“We do not condone the kind of behavior [the plaintiff] has alleged took place at Alive Seminars and Coaching Academy, and we would not intentionally allow it to occur within or on behalf of our organization,” the company said.

We’ll have to wait for the eventual court case to see what comes out of this. But as far as employee retention goes, this is definitely not the way to do it.