A willingness to enact slaughter on a mass scale, the determination to do the unthinkable, and a killer instinct. These aren’t qualifications you usually see in a job ad.

But if you have those qualities, your dream job awaits. New York City wants to hire a cold-blooded killer.

Any wannabe Hannibal Lecters reading this shouldn’t get too excited, though. Should you get the job, you won’t be hunting down people.

Instead, your prey will be rats. Lots and lots of rats.

If you weren’t aware, NYC has a bit of a rat problem. The COVID pandemic only emboldened the rodents, who are now firmly in control in parts of the city.

The rat destroyer certainly has their job cut out for them. That’s probably why NYC wants only the most bloodthirsty exterminator. 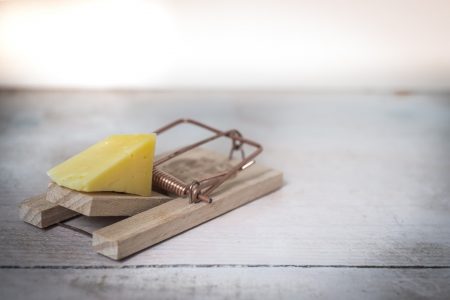 Requirements: ‘A General Aura of Badassery’

If you still think this is all a joke, it’s really not. The NYC Office of the Mayor has put out an official job listing for the rat killer position.

They do have a fancier name for it, though. The person responsible for eradicating NYC’s rats will carry the title of Citywide Director of Rodent Mitigation.

But what is that NYC requires from the e-rat-icator? Well, let’s read the job ad.

“Do you have what it takes to do the impossible? A virulent vehemence for vermin?

“A background in urban planning, project management, or government? And most importantly, the drive, determination, and killer instinct needed to fight the real enemy — New York City’s relentless rat population?” the ad asks.

The posting doesn’t sugarcoat the situation. It calls NYC’s rats “cunning, voracious, and prolific” and states that they’re “legendary” for their survival ability.

“But they don’t run this city — we do,” the Mayor’s Office states.

The Rodent Mitigation Director must possess excellent strategic and project management abilities. They must be able to develop a plan for total rat genocide that works both on paper and in practice.

But the right person won’t lead from the back. They’re expected to “catch and kill,” possessing all the hands-on pest control skills needed to ruthlessly rid the city of rats.

Finally, they’ll need to be an apt communicator with public engagement and social media experience. They’ll put a happy public face on the rat atrocities.

“Rats will hate this job posting. But 8.8 million New Yorkers and your city government stand ready to work with you to reduce the rat population, increase cleanliness, and prevent pestilence,” the posting states.

Desperate for a Pied Piper

NYC is in desperate need of a Pied Piper to call its own. The rat situation in the city has gotten out of hand long ago — and it’s only getting worse.

The Big Apple’s rat problems aren’t really news, though. In 2014, NYC got voted the “worst city in the world” due to the rats flooding its streets.

And then the pandemic hit and things got much, much worse. With people locked in their homes, the rats lost their reliable supply of food scraps and other garbage to feast on.

So what did they do? They emerged from the sewers, holes, and dark corners in their thousands to flood streets, restaurants, and apartments in search of sustenance.

Restaurants and cafes have had to put up raised platforms for their on-street seating. If they don’t, the rats will scamper up diners’ legs to get to their plates.

Although life is slowly normalizing, the rats seem to have gotten used to their new, adventurous lifestyle. Now, there are more rats out and about than possibly ever.

In the first five months of 2022, the number of rat sightings reached the highest level since recording began in 2010. Reports of rats are up 70% since 2020.

The rats are also putting a damper on NYC’s pandemic recovery. The city is banking on tourism to kick-start the cash flow — but who wants to visit a city overrun with rats?

Can the future rodent destruction specialist save NYC? That remains to be seen.