Have you ever wished you could just… Disappear? That you could become somebody else and leave all your worries behind?

Sure you have. Everyone has those moments every now and then when the times get tough, but most of us don’t try acting on it.

Running from your problems rarely works, after all, and often it only makes the whole situation worse. A Long Island man recently learned that lesson the hard way when he tried faking his own death – only to be thwarted by a typo.

The man in question is Robert Berger, 25, from Huntingon, N.Y. He was charged on July 21 with Offering a False Instrument for Filing, which is a category E felony, said the Nassau County District Attorney’s office (NCDA).

If convicted, he could be facing 1-4 years in prison for this class of a crime. 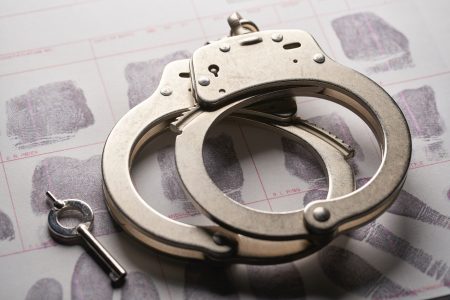 The death certificate was served to the NCDA by Berger’s former attorney Meir Moza. And it was actually very convincing.

It was printed on the exact right kind of paper. All the bar codes, markings, and signatures were there, and it even had authentic-looking stamps.

It was almost the perfect crime. Berger would’ve gotten away with it, too… If it hadn’t been for one pesky mistake.

Before we tell you what it is, go take a look at the fake certificate on NCDA’s Instagram. See if you can spot what gave the forgery away!

If you don’t have time for our games, or couldn’t find it, here’s a hint: take a look at the lines of text under “Issued By”.

And there it is. Despite the masterful work done on getting the certificate to look and feel authentic, Berger made a typo with the word “Registry”.

Instead, he typed “Regsitry”. It seems fairly insignificant, but that kind of a typo simply can’t happen in the authentic death certificate.

The error was caught by eagle-eyed Assistant District Attorney Brian Heid. He promptly notified his superiors who got in touch with Moza.

The attorney had no idea that the certificate he had served to the NCDA was a fake. He told CNN that during his 25 years in his job, he had never seen anything like it.

But while the certificate was convincing enough to fool Moza, District Attorney Madeline Singas says that her office would have eventually caught it even without typos.

“While he’d have been caught regardless, failure to use spell check made this alleged fraud especially glaring,” said Singas.

But what could’ve inspired Berger to try and convince authorities of his death? Well, he was trying to escape being sentenced for his crimes… By committing more crimes.

You see, Berger had a penchant for stealing cars. He had already pled guilty twice, once for being in possession of a stolen Lexus and once for attempting to steal a pickup truck.

His then-attorney Moza had been working on a plea deal for Berger, when he was informed by Berger’s fiancé that he had died.

On October 28, Moza submitted the death certificate to the NCDA. It listed Berger’s cause of death as suicide by suffocation.

However, as we know by now, the certificate didn’t stand to scrutiny. After Moza was informed of the forgery, he promptly cut his ties with Berger.

“Moza informed the Judge that based upon his own investigation he believed that the defendant engaged in a conspiracy and used him to attempt to perpetrate a fraud upon the Court, prosecutors, his firm, and himself.

“He indicated that he would make an application to the Court regarding ending his representation of the defendant based upon these facts,” the NCDA said.

You can only imagine how mortified Moza must’ve been. It’s not great publicity for an attorney to be used as an unwitting accessory to conspiracy.

Berger had also submitted the bogus death certificate to the attorney’s office in Suffolk County, where he was also set to stand trial for additional crimes.

Berger himself had quickly taken to greener pastures after his “death”. He was arrested in Pennsylvania in November 2019 and extradited back to New York last January.

So now, he’s facing additional charges for forging an official document on top of his car theft charges. Of course, when confronted in court on July 21, he pled not guilty.

Seriously, though? Wonder how he thought this would all play out.

Moza shares our exasperation with his ex-client. “He took a good situation with his own hands and threw it away,” Moza said. “I think he needs help and I hope he will get the help he needs now.”

“It will never cease to amaze me the lengths some people will go to to avoid being held accountable on criminal charges,” she told Los Angeles Times.

“Submitting fake documents to prosecutors is always a bad idea,” she concluded.

Do you think you would’ve spotted the typo in the fake certificate? Let us know in the comments!