Imagine this scene. A family is gathered into the living room of Christmas morning, with the parents sitting on the couch and the kids opening their presents.

It’s supposed to be a happy occasion, but in this case there’s a gruesome twist. Only one of the adults is still drawing breath.

A man from Anaheim, CA, has gone on trial, accused of murdering his wife. According to the prosecutors, he tried to hide his wife’s death from her children by propping her up for a horrifying Christmas charade, wrote Orange County Register.

William Wallace, 39, allegedly beat his wife Za’Zell Preston, 26, to death after a Christmas Eve party. The next morning, when their kids woke up, they found their mother sitting on the couch next to Wallace.

Only, at that point, she was already dead.

Just months before her death, Preston had enrolled for classes at Cypress College to become a domestic violence counselor. In a cruel twist of irony, her chosen field of study would be the cause of her own demise. 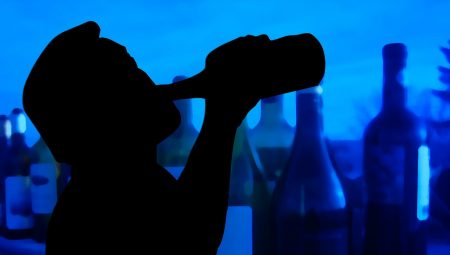 A Party to Die For

The alleged crime took place at Christmas a decade ago. On Christmas Eve of 2011, Wallace and Preston attended a party hosted by one of their neighbors.

The two partygoers apparently didn’t watch their limits, as by the time they left, both were drunk. They returned to their apartment to Preston’s two daughter, at the time aged eight and three, and the couple’s newborn son.

Later that night, an argument broke out. One of their neighbors told police that they heard yelling and other noises from the apartment overnight.

According to Wallace’s own story that he told Preston’s family, the confrontation got physical.

“We were drinking and during the argument I tossed her around a bit,” Wallace said according to Senior Deputy District Attorney Heather Brown during the trial.

He also confessed that Preston had tried to run out of the apartment. One of the neighbors gave a testimony that seems to support this turn of events.

According to Wallace’s attorney, some neighbors had heard an agitated Preston yelling at Wallace in an alley behind their building. Another told the police that they had seen Wallace carrying “what appeared to be a body” by an apartment gate.

Wallace himself said that he chased Preston down and dragged her back inside.

After that, we can’t be sure what happened. The only thing that is certain is that Preston died that night from blunt force trauma to her head.

Wallace also, at some point, carried his unresponsive wife to the bathtub. But the next morning was when the true horror started.

According to the prosecution, Wallace dragged Preston out of the bathtub and onto their living room couch. He placed sunglasses on her head and went to wake up their children.

Around 9.30 a.m. that morning, Wallace called 911, reported Orange County Register. He told the responder that his wife needed medical attention.

When the police arrived, the apartment was a mess. According to law enforcement reports, there was blood everywhere, holes had been punched into the walls, and one door was off its hinges.

They also discovered Preston’s body, still sitting on the couch.

A History of Violence

It is no wonder that Preston wanted to become a counselor for victims of domestic violence. She had plenty of personal experience, even before the night that took her life.

According to Preston’s relatives, Wallace had always been “controlling and violent.” In fact, he had previously served jail time for beating Preston.

The relatives also said Wallace had threatened to kill Preston during more than one violent argument. The prosecutor said that after particular beating, one relative had found then-pregnant Preston lying on the sidewalk in a fetal position.

Brown told the court that the night Preston died, Wallace had simply followed his usual routine of violently abusing her.

But Wallace’s defense claims that the man didn’t kill Preston. Sure, he had messed her up, but he didn’t kill her, they say.

Heather Moorhead, Wallace’s attorney, said that Preston sustained the injuries in an accident. According to her, Preston drunkenly stumbled on a glass table, which caused her to fall on it and shatter the tabletop.

Moorhead said that Preston’s oldest daughter saw her fall into the table before Wallace could catch her. She also helped pull shards of glass out of her mother and disinfect her wounds, the defense claims.

Wallace had also told several people that his wife hit her head when she fell, suffering a concussion. Her head also bumped onto something in the apartment as Wallace was moving her into the bathroom.

“Mr. Wallace is being accused of something that is not his fault,” Moorhead said.

“You will hear about a relationship that was full of arguing and yelling, but also a lot of love,” she told the jurors.

That love must be why Wallace has a well-documented history and a prison sentence for beating his wife. That’s how love works, right?