Texas authorities say that a man jumped or climbed onto a moving 18-wheeler before starting to dance. It all went wrong when the semi, traveling south on the Eastex Freeway, passed underneath a bridge.

The man was knocked off the 18-wheeler according to the Houston Police Department. He landed on the freeway below.

First responders were called to the scene at Tuam Street Bridge about 11:35 a.m. Thursday November 10th. A news release said that the man was rushed to the local hospital but was later pronounced dead. 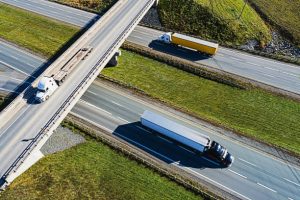 The man could have been recording himself dancing on the trailer, authorities said. There is a video shared to Facebook that shows the man dancing on the semitrailer before his fatal accident. 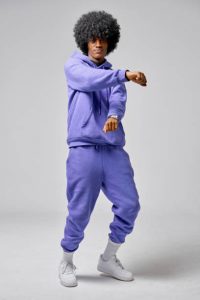 The driver of the truck was questioned and released. He was unaware someone had gotten on top of his truck.

This isn’t the only time that a driver was shocked at someone on their truck. Just over a month ago on October 6th 2022, a man jumped onto the back of a semi in Kansas and hung on for 130 miles.

Local news reports state that a semitruck driver left a Kansas shipping yard, driving south towards Oklahoma, and had no idea that someone was hanging on his trailer. He drove over 100 miles before other drivers on Interstate 35 caught his attention by flashing their lights.

It was a 30-year-old man from Kansas seen standing on the trailer’s rear rails as he hung onto a bar on the door. He got on in Wichita and was just hanging out the back.”

“It’s good that we were able to get him stopped and keep that man that was on the back of that safe because that could have been a fatal mistake,” Oklahoma Highway Patrol Trooper Eric Foster said.

“He was just holding on to the rail on the back of the trailer,” Foster said of the 30-year-old man.

It’s not clear why the man hopped onto the semi truck, but Foster says, “there’s a couple different stories out there about why,” and the case is still under investigation.