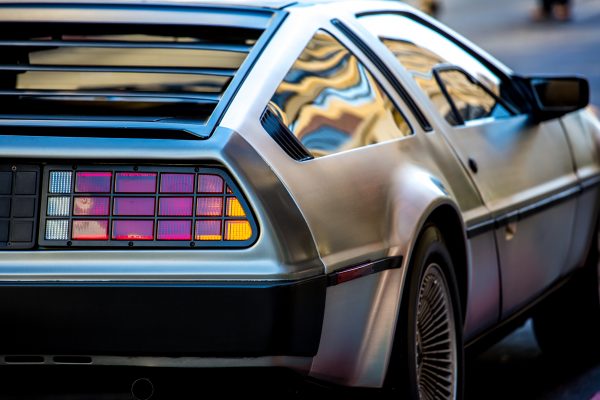 In 2017 a DeLorean owner got a ticket for driving at 88 mph on a 65 mph California Highway.

Spencer White of Santa Clarita, California, was the owner. He was driving in his mother around in his new dream car, the 1985 DeLorean. While driving, a car stopped in front of him. White said that he had to downshift and merge into a new lane.

“The car kind of took off on me. DeLoreans are kind of known for being slow and this one wasn’t,” he reported to ABC News. When he looked at the speedometer he saw he was at 86 mph. Which was close to the 88 mph from the movies to send the DeLorean time machine traveling through time. “I turned to my mom, who is 65, and said, ‘want to take it up to 88?’ She said ‘oh yeah, of course.’ As a kid in the family station wagon, I’d always tell my mom to take it up to 88. It was the magic number,” White recalled.

As soon as he hit 88 mph, he got pulled over by a highway patrol officer.

“I had to open the door, which is always an event, and he’s kind of got a big smile on his face,” White said.

“He said, ‘I got you on the radar gun. You’re going 88 mph.’ I started laughing and my mom was laughing harder than that I was. The cop said, ‘do you want to look at the radar gun? Do you want to take a picture?’ Which of course I did,” recalled White.

He thought that the uniqueness of the case would get him out of his ticket. Instead, he received about $400 citation for speeding. “It was probably one of the most pleasant experiences you could have had been pulled over. I’m not planning on contesting it. I was caught. I don’t glorify the fact that I was speeding. It was wrong and it is dangerous, especially in an old car,” White said.

Could you have resisted the urge?