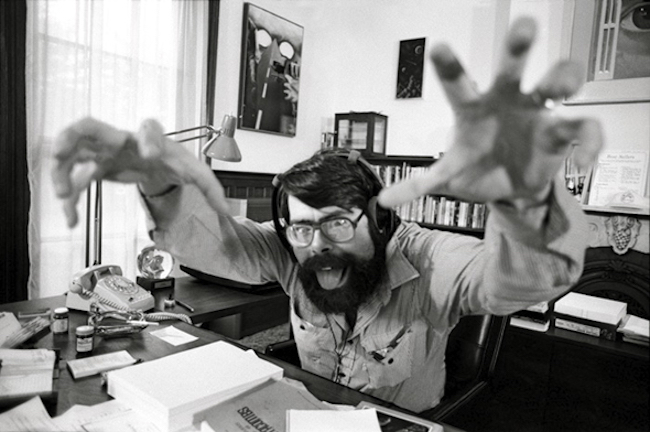 The English writer Holbrook Jackson once quipped "beware of your habits. The better they are, the more surely they will be your undoing." Jackson was probably referring to habits like drinking, drugs and other vices. He probably also had writers specifically in mind.

Every writer is a creature of habit. Even the most successful authors have patterns, quirks, superstitions, and beliefs specifically tied to the words they put on the page. Sometimes, those habits are just peculiar and harmless, but occasionally, these fixations can lead to trouble.

Many writing habits and ticks are developed over time and grow stranger with success, but Every poet, playwright, and screenwriter on this list firmly believe they wouldn't be a success without them

Here are ten world-famous writers and the irregular writing routines that fueled their work. 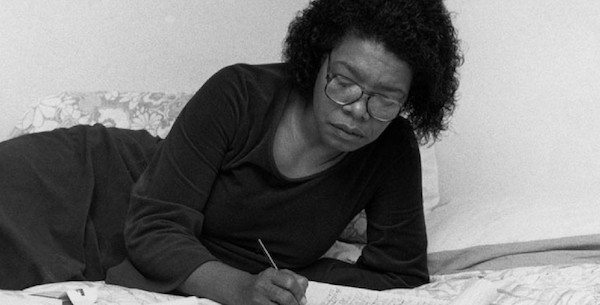 Maya Angelou's work is world-renowned and award-winning, and her writing habits are just as fascinating.

Angelou regularly wrote in a bare hotel room which she paid for on a month-by-month basis. She insisted that hotel staff not change the sheets and remove all the art off the walls. She explained in an interview that she would "leave my home at six, and try to be at work by six-thirty. To write, I lie across the bed, so that an elbow is absolutely encrusted at the end, just so rough with callouses." 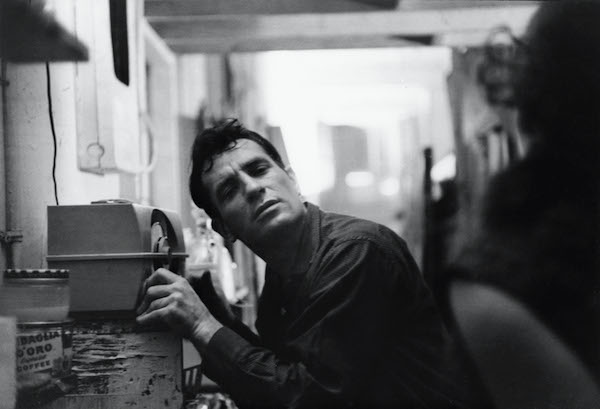 “The only people for me are the mad ones, the ones who are mad to live, mad to talk, mad to be saved, desirous of everything at the same time, the ones who never yawn or say a commonplace thing, but burn, burn, burn like fabulous yellow roman candles exploding like spiders across the stars.” - Jack Kerouac

Best known for his legendary novel On the Road, Jack Kerouac is credited with pioneering the Beat Generation in the 1950s. He was also, quite frankly, kind of a nut. Kerouac usually wrote by candlelight and would kneel and pray to God before every writing session to ask for preservation of his mind (because he was slowly losing it). He'd blow out the candle to signify he was done writing for the night. 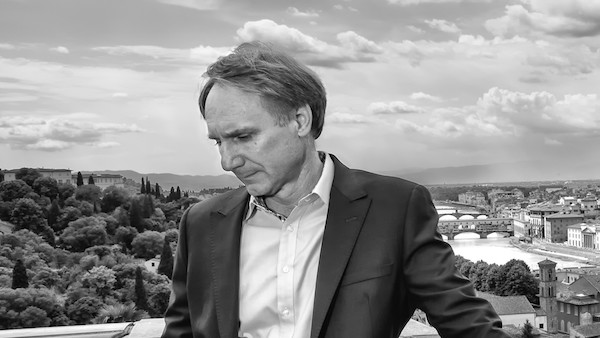 Dan Brown is the best-selling author of The Lost Symbol, The Da Vinci Code and Angels & Demons. When he isn't promoting his novels, he's hanging from the ceiling writing them.

Brown feels that inversion therapy helps with the writing process. The author straps on a pair of gravity boots to hang upside down, which he believes helps him focus better on his writing.

"You've just got to relax and let go," explains Brown. "The more you do it, the more you let go. And then soon it's just, wow."

4Anthony Burgess Wrote About The Dictionary 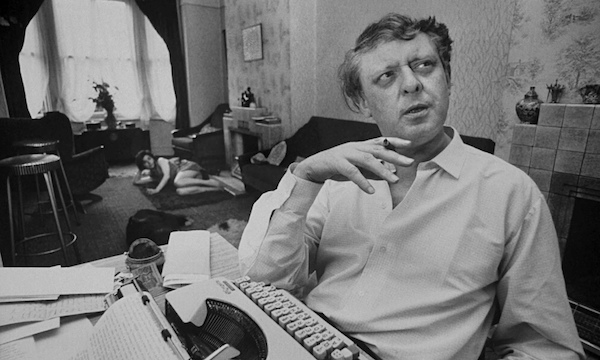 Anthony Burgess was a novelist, poet, playwright, composer, and author of the iconic book, A Clockwork Orange. He also had a fascinating way of breaking through writer's block—he wrote using completed pages of the dictionary.

When Burgess found himself stuck at a point in his writing that involved describing an incredibly dull object, he'd pop open a dictionary and try to use every word on the page in the description. Burgess also had an odd fascination with dictionaries, even creating one of his own which was filled with slang terms. 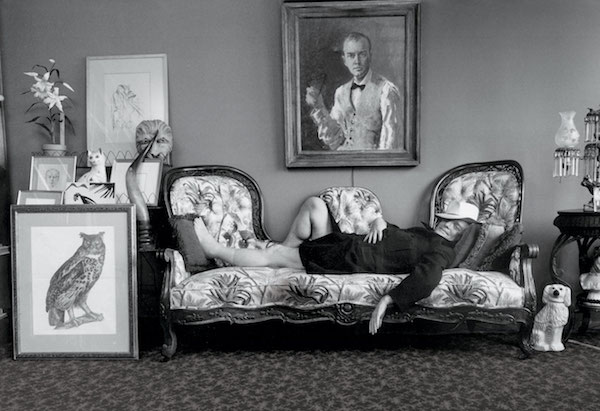 A pioneering force in publishing and the world of celebrity, best-selling author Truman Capote did his best work on his back. He wrote the first drafts of all of his work in longhand while drinking coffee, tea, and eventually cocktails as the day progressed.

He also wrote in the nude—hopefully only on his couch.

6John Cheever Wrote In His Underwear 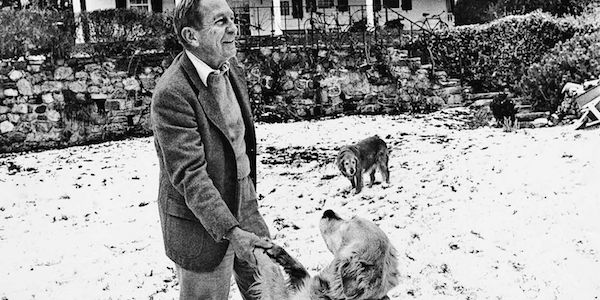 Cheever once wrote, “to publish a definitive collection of short stories in one’s late 60s seems to me, as an American writer, a traditional and a dignified occasion, eclipsed in no way by the fact that a great many of the stories in my current collection were written in my underwear.” -

Cheever, best known for his keen and critical view of the American middle class, was dubbed the "the Chekhov of the suburbs." He was also big on banging out stories in his boxer shorts. 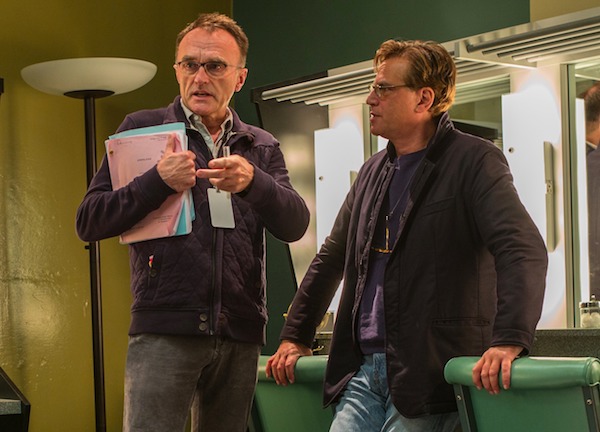 Aaron Sorkin is the creator of some of the most critically-acclaimed TV dramas of the last few decades. Shows like The West Wing and movies such as The Social Network and A Few Good Men are known for their legendary dialogue, while sometimes leaves Sorkin bruised and exhausted. The award-winning writer likes to act out his dialogue in front of a mirror to see how it would play out in real life. On one occasion, he almost knocked himself out.

Sorkin explained the accident to the LA Times stating that while was working on a block of dialogue in front of a mirror he accidentally head-butted it and broke his nose. 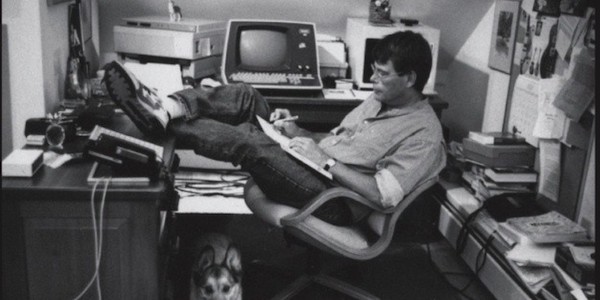 Stephen King has published 56 novels. He's such a prolific author it is understandable that he might not remember some of his work. Unfortunately, because of a dependency on drugs and alcohol, King doesn't remember massive chunks of his books. He admits to not remembering any of the work he did on the legendary novel Cujo.

King is now 70, clean and sober, and feels that writing while under the influence is "one of the great pop-intellectual myths of our time."

9Balzac Was A Brew Fiend 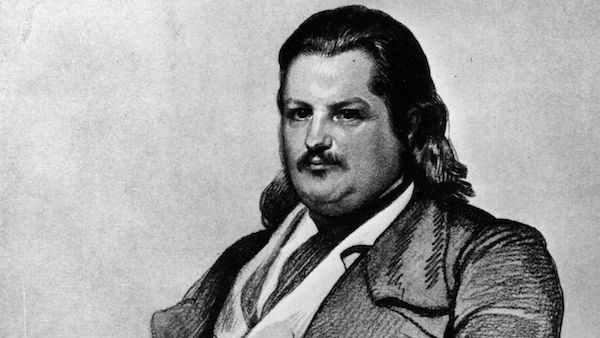 Honoré de Balzac was a French novelist and playwright. He probably could have moonlighted as a barista since he spent as much time with coffee as any Starbucks employee.

Balzac allegedly drank around 50 cups of java a day though this number is sometimes disputed and possibly an exaggeration. The author of La Comédie Humaine was also not much of a sleeper, but that should come as no shock to anyone, especially of the coffee consumption rumors are true.

10Hunter S. Thompson Did Every Drug Ever 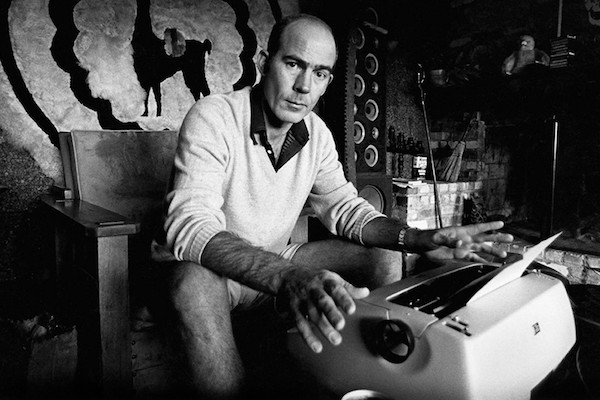 Stephen King eventually realized that drugs and alcohol might partially fuel his writing, but eventually, it would lead to addiction and dependence. Hunter S. Thompson, the gonzo journalism legend, either didn't know or didn't care. It was probably a combination of both.

Thompson's drug and alcohol intake was legendary, yet the prolific writer of novels like Fear and Loathing In Las Vegas was not only able to function but sustain a lengthy career.

Here's just a sample of Thompson's typical day of cocktails, hard drugs, and writing. Please don't attempt this at home—or anywhere else for that matter.

Photo
Which writing habit is the oddest? Tell us in the comment section below.