Many leaders are known beyond the borders of their own countries, but how well do we really know them? Check out ten unusual facts about some former U.S. presidents.

Thomas Jefferson, the principal author of the Declaration of Independence and the third President of the United States, was also an inventor. During his lifetime, he created many small practical devices, including a revolving bookstand and the polygraph.

One of Jefferson's greatest inventions was the swivel chair. As a writer, he wanted a seat that could provide more freedom in movement. In his creation, he put an iron spindle between the top and bottom half of the chair, and it had rollers fixed on it for smooth rotation. Over time, other companies made more innovations to Jefferson's invention, and today the chairs are a pretty common feature in homes and offices worldwide.

2George Washington had wooden teeth—or did he? 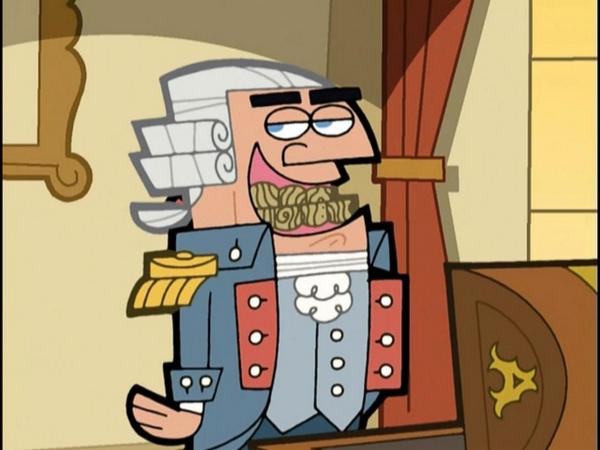 Almost everyone well knows the tall tales of George Washington's life, including the story behind his teeth.

Despite his legendary physical prowess, Washington was plagued by dental problems. In his diaries, he's mentioned toothaches, inflamed gums, and ill-fitting dentures. Many people believe that his teeth were made from wood—in reality, his dentures were made from a combination of hippopotamus ivory, bone, lead, brass and gold wires. Washington was known for his love of red wine, and many historians believe that it was his fondness for the drink that made his dentures look like grainy wood.

Teddy Roosevelt inspired the term "Teddy" bear. The president was on a hunting trip in 1902 when his dogs had located and attacked a bear. He followed its tracks and found himself near a willow tree where he saw the cub at death's door. Although he came to hunt, in this case, he couldn't pull the trigger, and he didn’t want to claim the animal as a prize. He ordered it to be euthanized so it wouldn't suffer any further.

This story spread, and a candy shop owner named Morris Michtom put two stuffed toy bears in his window to attract customers. He wanted to call them "Teddy" bears and asked Roosevelt for permission. He gave his approval, and now children everywhere go to sleep hugging their favorite teddy bears. 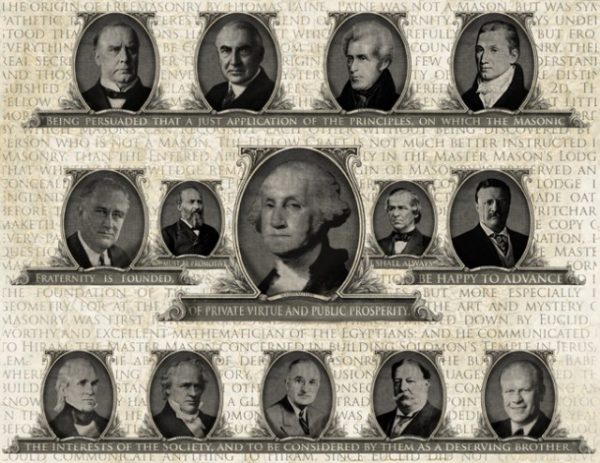 Freemasons are influential people from all walks of life who have also enjoyed seats in many different levels of government, including Supreme Court. From 1798-1940, at least three Freemasons served as justices in each term. Even the Statue of Liberty was made by a Freemason named Frederic Bartholdi.

The secretive organization has nearly 2 million members in the U.S. and about 5 million the world over.

5The enduring love/hate relationship between John Adams and Thomas Jefferson 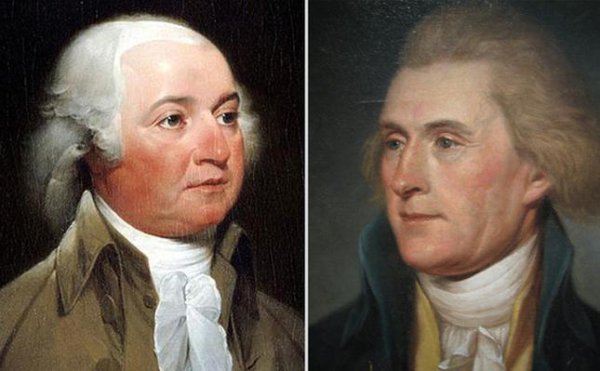 John Adams and Thomas Jefferson were great friends and bitter enemies to the end.

Their rivalry reached its peak during the election in 1796 as both individuals slung mud at each other during their run for office. A campaign ad made by Adams' camp read, “Murder, robbery, rape, adultery, and incest will be openly taught and practiced, the air will be rent with the cries of the distressed, the soil will be soaked with blood and the nation black with crimes.”

Toward the end of their lives, they softened toward each other considerably. On his deathbed on July 4th, 1826, Adams said, “Thomas Jefferson lives.” Jefferson died just a few hours later.

6A president who was fond of duels and a cursing parrot

Andrew Jackson had a pet parrot named Poll who seemingly picked up a few of his traits. Jackson was known for having a temper, and legend has it that when Andrew Jackson died, the parrot was at the funeral swearing like a sailor.

Jackson was said to never back down from a fight—it is believed that had taken part in almost 100 duels and was injured from by a shot to the chest and a bullet in the arm.

7The president who loved pranking his staff 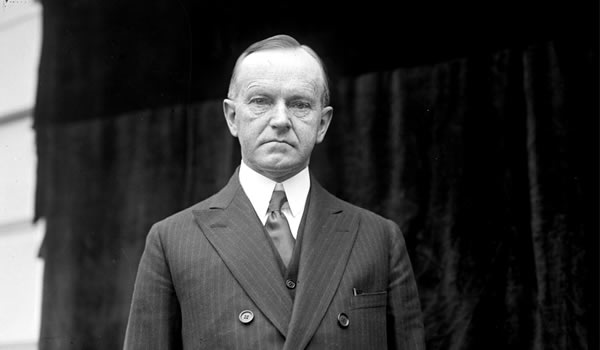 Calvin Coolidge is said to have gone for days without uttering a single word, which led to his nickname, “Silent Cal.". Despite his quiet demeanor, he was known to be quite a prankster. During one such moment, he "buzzed," or requested, his entire staff and then hid behind his desk when they came in.

There were other instances in which he pretended to be kidnapped just for kicks. (Just kidding, Secret Service!) He also filled a bucket with water and beans and ordered his aide to scrub the brown spots from the beans (the only way to remove brown spots from beans is with a knife.) During one breakfast, Coolidge filled his saucer with coffee and cream and motioned the crowd to do the same, before leaning down to feed his dog from the saucer. The embarrassed crowd was left giggling in shame for falling for yet another prank from this presidential joker. 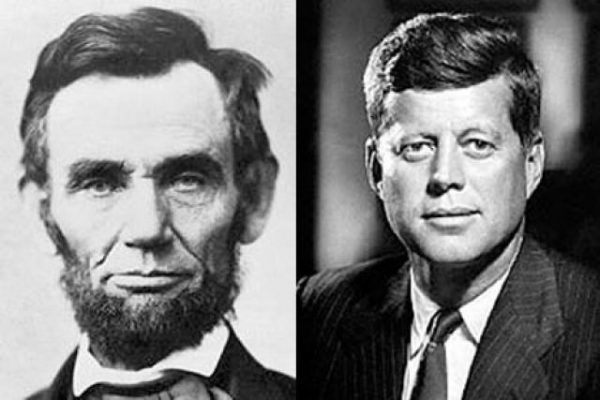 Abraham Lincoln and John F Kennedy shared a lot of similarities in life and death. Both were assassinated and shot in the head while sitting near their wives. Lincoln was killed in Box 7 of Ford's Theatre, and Kennedy was murdered in the seventh car in his motorcade, a Ford Lincoln. The two assassins, John Wilkes Booth and Lee Harvey Oswald, had three names. Booth killed Lincoln in a theater and was caught in a warehouse, while Oswald killed Kennedy from a warehouse and was found in a theate

9The president who was done in by milk and berries

On a hot July day in 1850, President Zachary Taylor was attending festivities near the White House where he polished off a large bowl of cherries and iced milk. He soon fell ill with nausea, dehydration and severe cramping and passed away just a few days later. Some speculate that he was killed due to bacteria present in either the cherries or the iced milk—and upon examination of the body, it was discovered that it was indeed bacteria that caused his fatal illness.

10The president who made his dog an honorary Army private 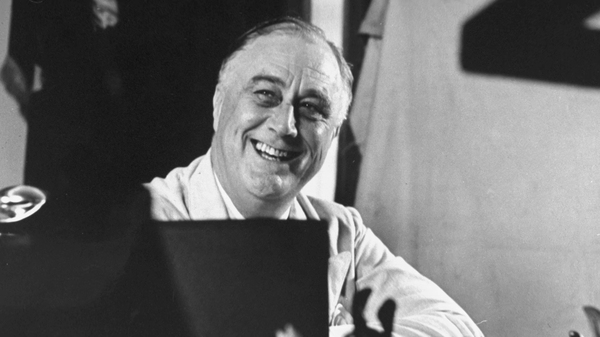 Franklin D Roosevelt was related to Teddy Roosevelt and a distant relative of more than ten presidents. Some of his famous relatives include Washington, Madison, Van Buren, Taylor, Grant, Taft, and both Adams and Harrisons.

F.D.R was terrified of the number 13 and tried his best to avoid it at any cost. He loved his dog, Fala, with an obsession, so much so he made the pooch an honorary Army private.