Whether you call it Sin City, Las Vegas, or one of its other alias’, we all know it as the city that never sleeps. Also, risky decisions here are ok because, “what happens in Vegas, stays in Vegas,” or so they say. Well Vegas is known for its glamour and glitz, there is a lot you don’t know about this sinful city. Here are a bunch of Las Vegas fun facts to blow your mind.

The Strip Isn’t Where You Think It Is 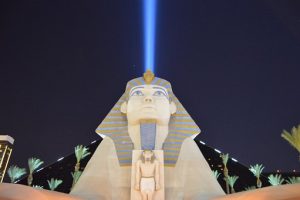 This city is known for nothing if not bright lights and big city action. The Luxor Light Beam is an icon on the Las Vegas Strip. Since its 1993 debut, it’s only operating on about half of what once illuminated it. It’s easily the brightest light beam on Earth and visible from a staggering 100 miles away.

At least not for money. Regardless of popular opinion, Vegas does not allow prostitution. It’s illegal and prohibited in Clark County. Reno, Nevada, also bans these acts. But, outside of the county and these cities, Nevada has cities that actually do permit prostitution. 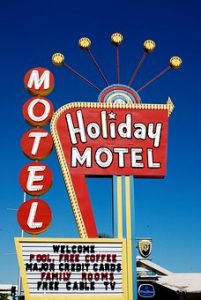 Vegas has all the hotels, so don’t worry if you think you cannot find one to your liking. There are almost 150,000 hotel rooms in Las Vegas, a staggering total of 149,213! The average cost for a night is $120 or at least it was in 2015. With these costs, minus inflation, it would take a Vegas fanatic almost 409 years and $18 million to stay in every Las Vegas hotel room.

No Lotto For You

What? The city of casinos doesn’t have lottery? It’s true. You will never find a Powerball or scratch off in this city of money winning (and money losing.) Casino gambling has been legalized since 1931 but the sale of lottery tickets is prohibited in the state of Nevada. This has got to be the most surprising Las Vegas Fun Fact.

We all know that Vegas is the place to go for all the shows. From famous singers to Cirque du Soleil, and magicians to Zombie Burlesque, there is something for everyone. You can also see music, comedy, musical productions, concerts, sporting events, and so much more in this city of non-stop entertainment. 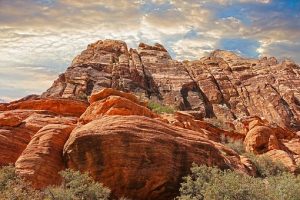 Yes, there is life other than the glitz, glamour, and flashy lights of Las Vegas. Hiking, rock climbing, extreme mountain biking, adrenaline ATV tours, and the Hoover Dam are only a few of the things there are to experience life beyond the strip. These most adventurous activities are easily the most fun Las Vegas fun facts.

It’s no secret that people get married in Vegas. For some, it’s a cheap destination wedding. For others, it’s all about Elvis. On average, 500 couples get married everyday. That means every year about 100,000 couples are married in Vegas. They make it easy enough as all you need is proof of identity and about $50 for a marriage license. They take cash and in about 20 minutes, you’re ready to go.

The Stratosphere Tower is the tallest freestanding observation tower in America. At 1149 feet and with sweeping 360° views, there’s literally nothing you cannot see from the top of the Stratosphere. 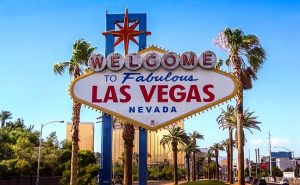 You know the iconic Las Vegas sign? Well, so does everyone else and in this media obsessed world we live in, we all want a picture with everything. If we have to risk our lives to do it, it’s still a consideration. This was the case with the Las Vegas sign. The people wanted a picture with the sign and would stop at nothing to get it. But you would have to stand in the middle of the road for the perfect shot. The city took note and installed a parking lot close to the sign. You don’t have to risk your life anymore, you just have to wait your turn.

These Las Vegas fun facts are only a few of many. But in all seriousness, whatever you are looking for in life, you can find in Vegas.