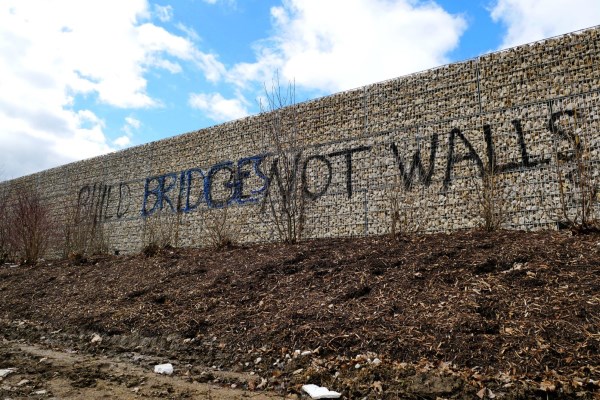 A German town is erecting an enormous wall to separate residents from refugees housed at a local migrant camp. The controversial 4-meter (13.1ft) barrier will stand higher than the Berlin Wall.

Located in the Munich suburb of Neuperlach Sud, the stone wall is aimed at dividing the town's families from 160 unaccompanied child refugees who are set to move into a nearby shelter that is currently under construction. The nearly completed wall now stands taller than the Berlin Wall, and while locals are aware of this, most of them say that they don't care how it looks, as long as it keeps the refugees away. (Engineers claim that it had to be high to act an effective sound barrier.)

2The (green) city walls of Lucca 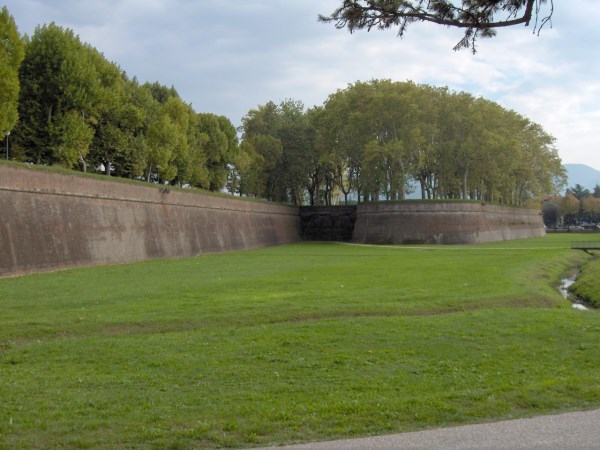 The beautiful, historic city of Lucca, Italy is an unspoiled medieval center which is totally enclosed by walls. The ring we see today is the last one in a series and was once part of a traditional Roman square surrounding the city center, built around 200 BC. The second ring of walls dates back to 1100-1200 AD when city's perimeter was increased on three sides (and the walls lost their square shape); at this point, almost all the city's buildings fell within those walls. The third ring (1400-1500 AD) led to the expansion of the northeast side and with it all buildings were included. Building work on the fourth circle began in 1513 and took more than a century to complete — citizens were forcibly recruited for its construction. The walls did not suffer in any attack and were never used for military purposes — they were useful, however, to save the city from the flood of the river Serchio in 1812. 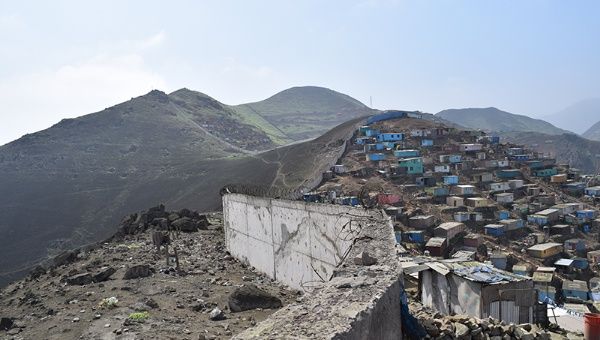 Peru's ten-foot high "wall of shame" is topped with razor wire to stop the less poor from stealing from the wealthy. The divide, on the outskirts of Lima, has been condemned as a disgrace by some residents. The structure, nicknamed "Peru's Berlin Wall" is made out of wire and cement and splits the neighborhoods of San Juan de Miraflores and Surco. Latin America, together with the Caribbean, has the highest wage disparity in the world, according to Oxfam.

4The Moroccan wall built out of sand 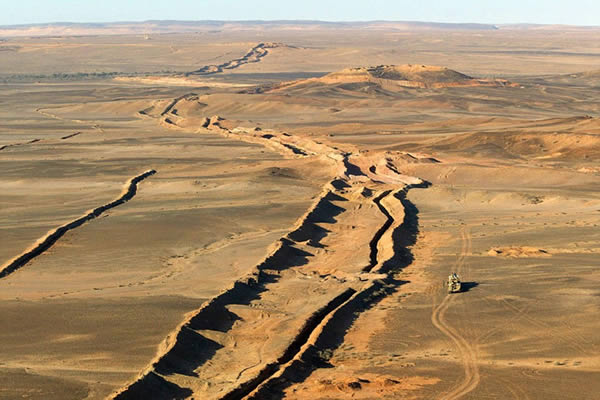 This sand wall (or berm) was built by Morocco in the Western Sahara under in 1987 to stop the increasing attacks by the Sahrawi army. It is 2,700 km long and divides the area in two. This rock and sand installation is fortified with trenches, barbed wire and an estimated 7 million antitank and antipersonnel landmines, all of which are patrolled by 120,000 soldiers and sophisticated weaponry. Over 2500 Sahrawi civilians have already been victims of the mines.

For over three decades, the wall has been dividing Sahrawi families and sealing the occupied areas from the outside world with telling social, economic, political, legal, cultural, and environmental effects on the population on either side. It also violates the human rights of the Sahrawi people and is a major impediment to the realization of their internationally recognized right to self-determination and independence.

Unlike the Israeli wall in the Palestinian occupied territories, the Moroccan berm has received little attention in the media, although it has been around for more than three decades.

5The border fence that separates Morocco from Spain 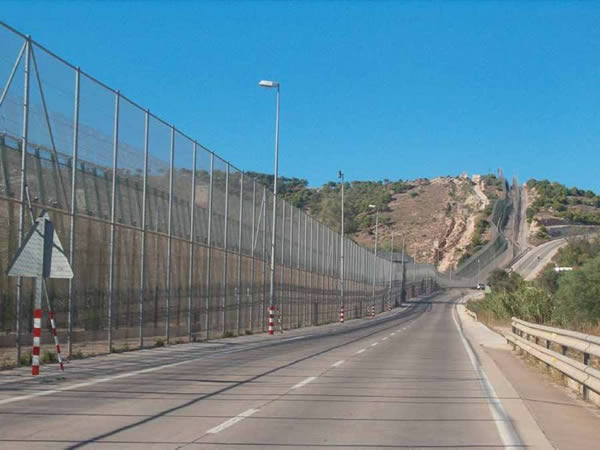 A border fence forms part of the Morocco–Spain border in the area of Melilla. Constructed by Spain, its stated purpose is to stop illegal immigration and smuggling. Morocco has objected to the construction of the barrier since it does not recognize Spanish sovereignty in Melilla.

Massive intrusions of sub-Saharan people via Melilla had become a Spanish issue and, to some extent, an EU problem. This prompted the Spanish government of José Luis Rodríguez Zapatero to build a third fence next to the two deteriorated existing barriers in 20015, to completely seal the border outside of the regular checkpoints. This third razor wire fence cost Spain €33 million to construct. It consists of 11 km (6.8 mi) of parallel 3 meter (9 ft 10 in) high walls topped with barbed wire, with regular watch posts and a road running between them to accommodate either police patrols or ambulances. Underground cables connect spotlights, noise and movement sensors, and video cameras to a central control booth. Its height has since been doubled as immigrants were climbing the previous fences by use of homemade steps. Other devices to slow them down were also added. 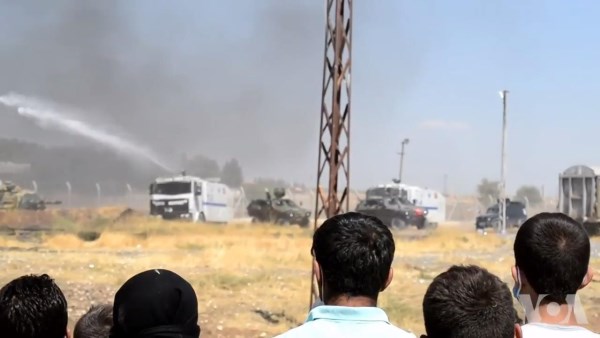 The Housing Development Administration of Turkey (TOK?) has built the remaining 700 kilometers of a wall on Turkey's border with war-torn Syria after the construction of the original 200-kilometer concrete wall was completed by the Defense Ministry and neighboring provinces governor's offices. TOK? is expected to finish the “security wall” in five months and hopes it will block uncontrolled human passage across the border. 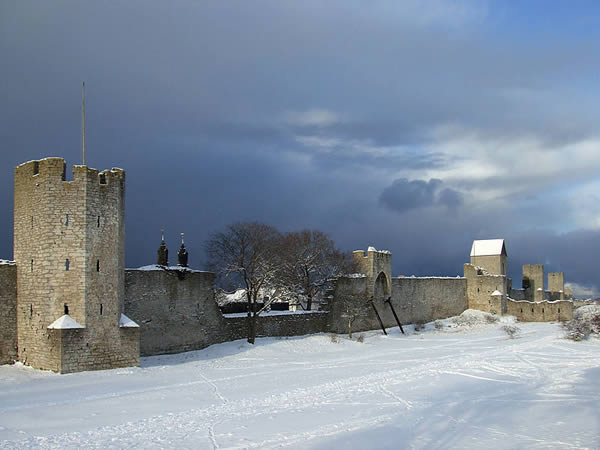 Visby City Wall is a medieval defensive barrier surrounding the Swedish town of Visby on the island of Gotland. As the strongest, most extensive and best preserved medieval city wall in Scandinavia, it forms an important and integral part of Visby World Heritage Site.

Built in two stages during the 13th and 14th centuries, approximately 3.44 km (2.14 mi) of its original 3.6 km (2.2 mi) still stands. Of the 29 large and 22 smaller towers, 27 large and nine small remain. Some houses that predate the wall were incorporated into it during one of the two phases of construction. During the 18th century, fortifications were added to it in several places, and some of the towers were rebuilt to accommodate cannons. 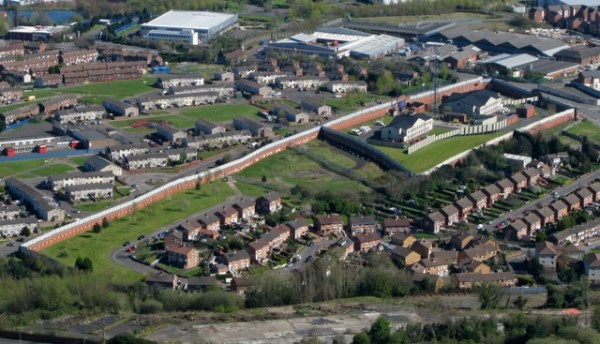 The peace lines, or peace walls, are a series of border barriers in Northern Ireland that separate Catholic and Protestant neighborhoods. They have been built in Belfast, Derry, Portadown, and elsewhere. The stated purpose of the peace lines is to minimize inter-communal violence between Catholics (most of whom are nationalists who self-identify as Irish) and Protestants (most of whom are unionists who self-identify as British).

The peace lines range in length from a few hundred yards to over three miles (5 km). They are made of iron, brick, and/or steel and are up to 25 feet (7.6 m) high. Some have gates (and are staffed by police) that allow passage during daylight, but they are closed at night.

In May 2013, the Northern Ireland Executive committed to the removal of all peace lines by mutual consent by 2023.