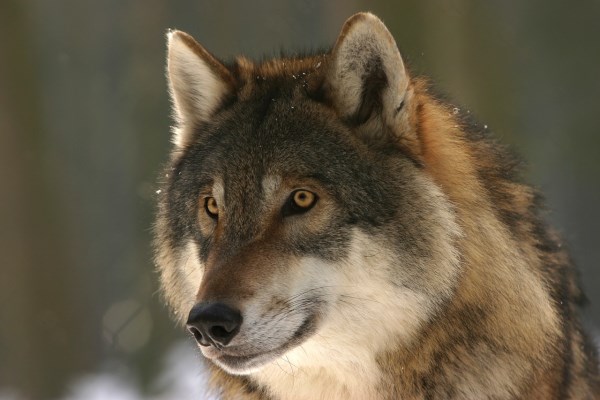 Marcos Rodríguez Pantoja was just seven when he was sold to a hermitic goatherder. After the goatherder's death, he lived alone with wolves in the Sierra Morena for eleven years. He claims to have survived after being adopted and fed by them. At 19, he was found by the Guardia Civil, and taken by force to the small village of Fuencaliente where he was eventually civilized and now lives a normal life. A movie and a documentary have been made about his amazing survival story, and he now gives lectures to kids on schools to teach them about wolves. 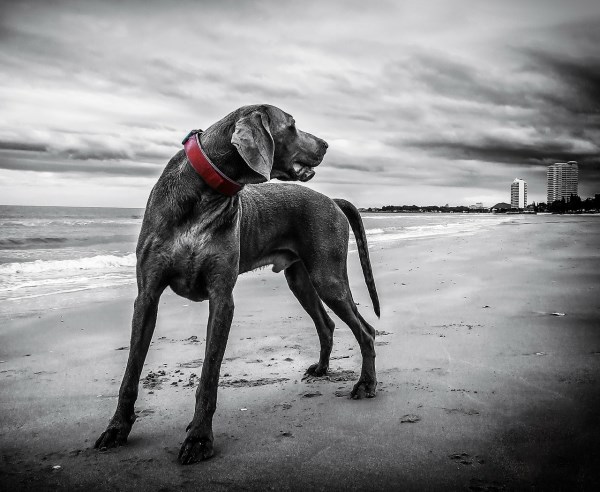 Ukrainian Oxana Malaya was found living with dogs in a kennel in 1991. By the time she was eight, she had lived with them for six years. Oxana's parents were alcoholics, and when she was a toddler, they left her outside. She crawled into the farm kennel seeking warmth and curled up with the dogs, an act that probably saved her life. She soon ran on all fours, panted with her tongue out, bared her teeth and barked. Because of her lack of human interaction, she only knew the words "yes" and "no." Oxana now lives in a clinic in Odessa, working with the hospital's farm animals.

The image above belongs to Julia Fullerton-Batten's project on feral children, who were either abandoned or neglected by their parents. 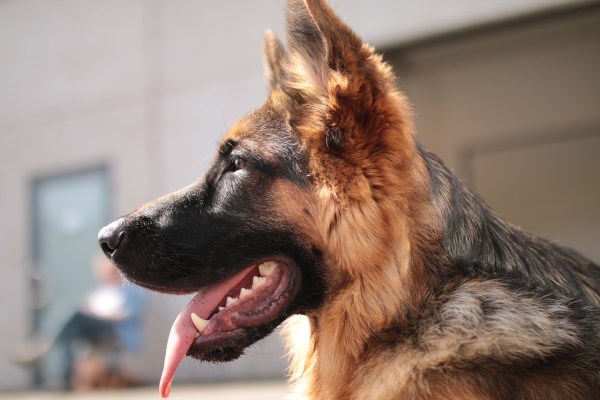 Some say four-year-old Ivan Mishukov was abandoned, others say he ran away from home because of an abusive alcoholic father. Whatever the case, he began roaming the streets of Moscow searching for food and shelter when he came upon a pack of feral dogs and befriended them.

During the day, he begged for food and brought back to share with the pack. The dogs became his protectors — they kept strangers away from him at night and provided him with warmth. They even surrounding authorities who were looking for him, allowing him to slip away safely. Unbelievably, he lived like this for two years (that's two Moscow winters).

When authorities finally caught him, he was a filthy mess with lice and fleas. He was violent and snarled at people, trusted no one, and had a limited vocabulary. He was eventually civilized and now lives a normal life.

You may have heard Ivan's story before — it was adapted into an award-winning play, Ivan and the Dogs, by British playwright Hattie Naylor in 2010. 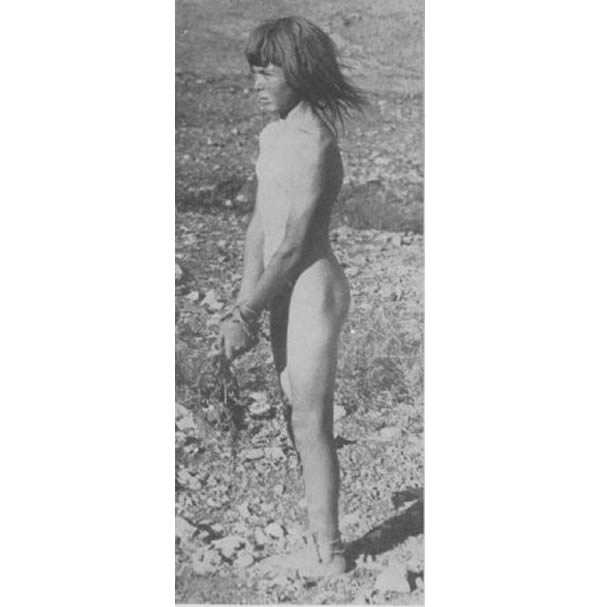 In the 1960's, Jean-Claude Auger, an anthropologist from the Basque country, was traveling alone across the Spanish Sahara (Rio de Oro) when he found a boy in the midst of a herd of gazelles. The boy ran so fast that he was only caught with the help of an Iraqi army jeep. Although terribly thin, he was said to have been extremely fit and strong, with muscles of steel.

The boy walked on all fours, but occasionally assumed an upright gait, suggesting to Auger that he was abandoned or lost at about seven or eight months, having already learned to stand. He habitually twitched his muscles, scalp, nose, and ears, much like the rest of the herd, in response to the slightest noise. Unlike most of the feral children of whom we have records, the gazelle boy was never removed from his wild companions. 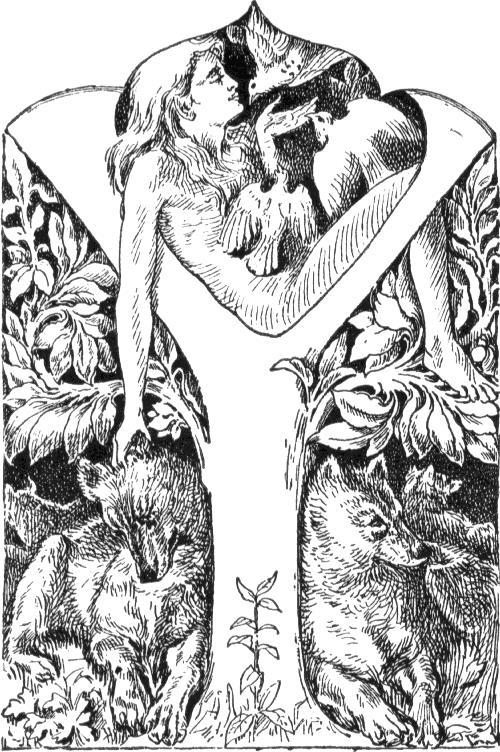 In 2002, Romania's "Mowgli Boy" was reunited with his mother, Lina Caldarar, after years of living with wild animals in the forests of Transylvania.

Traian — nicknamed Mowgli by hospital staff after the character in The Jungle Book — was found by a shepherd, barely alive, huddled in a cardboard box, naked and the size of a three-year-old. He had forgotten how to speak. Doctors say it would have been almost impossible for him to have survived alone, and believe he was looked after by wild dogs in the Transylvanian forests.

His mother, who recognized him from a television news report, said that she had fled from her husband's home three years earlier after he beat her. She believes Traian ran away for the same reason. 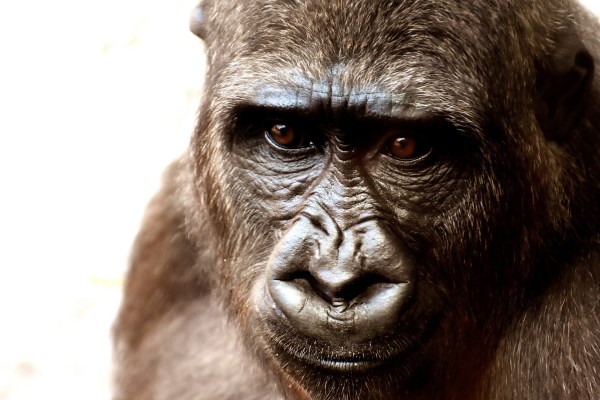 Marina Chapman (born approximately 1950) is a Colombian-born British woman who claims to have spent much of her early childhood in the jungle, alone except for a colony of capuchin monkeys.

Chapman states that when she was four years old, she was taken from her village, and released for reasons she did not understand. She spent the next several years following capuchin monkeys until hunters rescued her — by which point she had no human language. She alleges to have been sold to a brothel in Cucuta, to have lived on the streets and been enslaved by a mafia family.

She eventually moved to England where she got married and had kids. Her daughter convinced her to write her story, and in 2013 she published her autobiography, The Girl With No Name.

In 2007, a Cambodian woman emerged filthy, naked and scared from the dense jungle of Ratanakiri province in remote northeastern Cambodia. Local police said the woman was "half-human and half-animal" and could not speak any intelligible language. She became internationally known as the Cambodian Jungle Girl and is believed to be Rochom P'ngieng, who disappeared while tending buffalo on the edge of the jungle 19 years before.

In 2016, a Vietnamese man claimed that the woman was his daughter who had disappeared in 2006 at age 23, following a mental breakdown. He was able to provide documentation about her and disappearance, and shortly after, brought her back to his village in Vietnam. He received the support of her adoptive family as well as the approval of immigration officials.