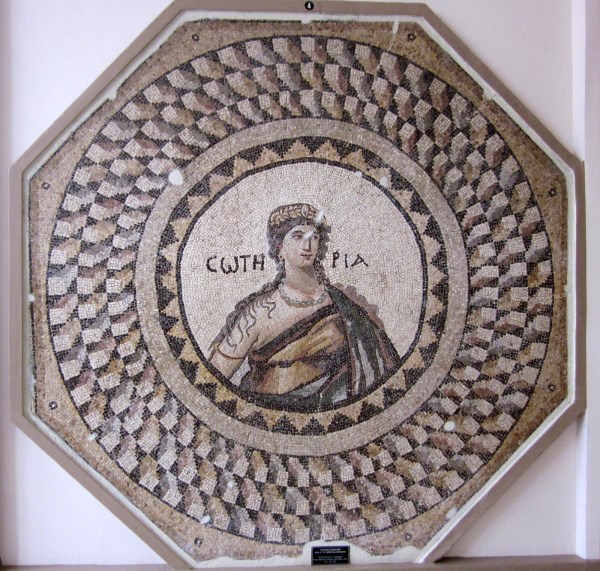 Ten priceless Roman mosaics in the Hatay Archaeology Museum in Turkey have been severely damaged during restoration, with their features and looking markedly different from the valuable originals. The mosaics, some of which date back to the second century, include world-famous panels depicting the sacrifice of Isaac and another of Narcissus.

A ministry of culture official confirmed that there had been “erroneous practices” during the restoration, which he attributed to the “adding of (mosaic) pieces” into the originals. All restorations have since been on hold while the issue is being investigated. The restorers deny all claims of wrongdoing and argue that the before and after images have been manipulated to look worse than they actually are in the Turkish press. 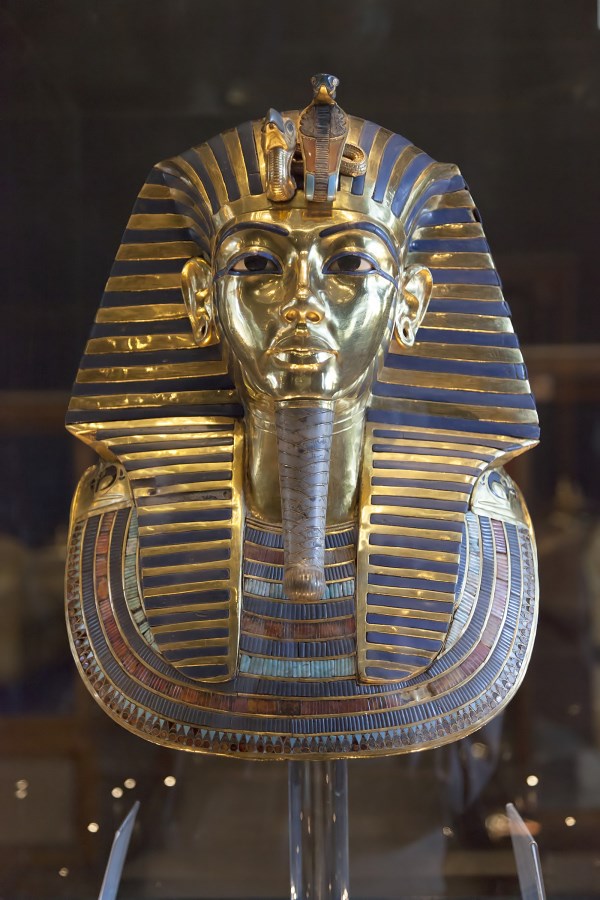 In 2014, the 3,300-year-old funerary mask of King Tutankhamun was damaged when its beard was knocked off in August 2014 as museum staff removed it from its display case. In a hurried attempt to fix it, the workers applied too much epoxy glue, leaving a visible crust (and scratches) on the relic.

Stories vary from restorers as to what happened, ranging from the beard being accidentally knocked off to it being purposely removed because it was already loose. The government is now accusing “two restorers, four senior restoration experts, [the] former director of restoration, and the former director of the museum” of violating the professional and scientific standards for handling such a valuable artifact. 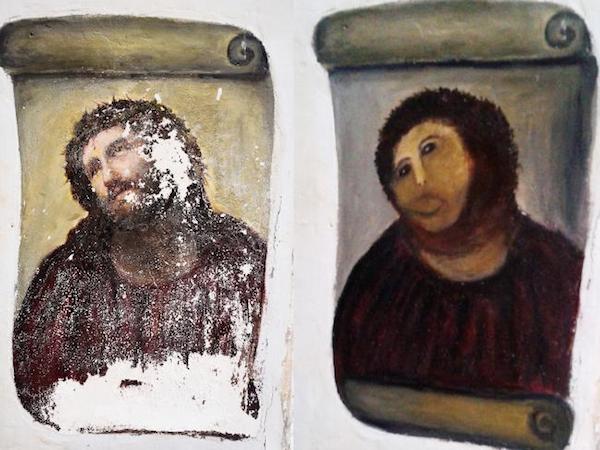 The botched restoration by which all others will be forever measured. We first covered the changes to Borja, Spain's Ecce Homo in Oddee's 10 Priceless Things Destroyed In Bizarre Ways. Octogenarian Cecilia Giménez's less-than-faithful fixes to the Elías García Martínez painting went on to receive worldwide ridicule via the Internet.

But then a miracle happened.

160,000 tourists from around the world flocked to the Sanctuary of Mercy church in Borja to see the newly restored painting in person. While there, most of them bought lunch, a souvenir, a hotel room or a variety of other goods and services. In other words, the "Beast Christ," as the painting came to be known, saved the sleepy town of roughly 5,000 from the devastating recession that the rest of Spain has suffered over the last several years.

4The Great Wall of China 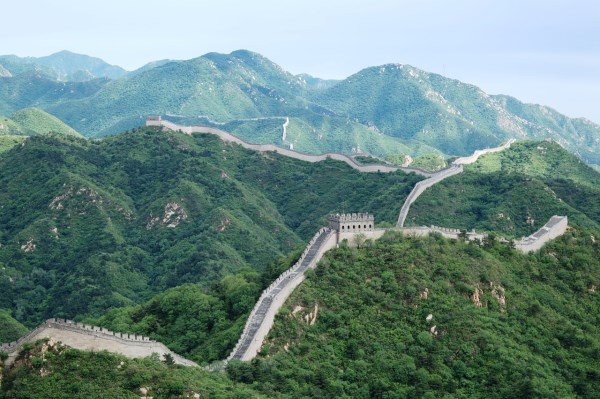 They paved the Great Wall of China and put up.... a skatepark?

Images of this 2014 restoration have just reached the web, and subsequently, outraged the world. Officials are now taking the heat for the botching restoration of one of the great Wonders of the World. A once-crumbling 1.2-mile, 700-year-old stretch known as the “wild wall” has been all but paved over, with many complaining that the fixes have erased all of the monument's character.

The landmark is known for its graceful towers, steps, and parapets, not for being completely smoothed over, and Great Wall of China Society Deputy Director Dong Yaohui said that “repairing [the wall] like this has wiped out all the culture and history.”

5The Tree of Fertility (Tuscany, Italy) 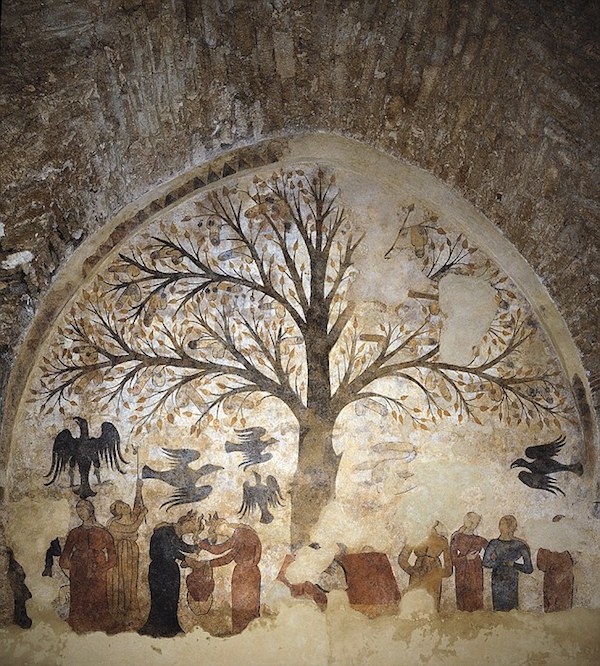 In 2011, restorers touched up a 746-year-old fresco called The Tree of Fertility, and sparked anger after and removing some of its most prized assets.

The painting, which was discovered in an Italian cave shows a tree with penises hanging from its branches. Underneath, a group of woman waits for them to fall.

Restorers appear to have castrated the tree by removing or painting over several of the prized penises. Chief restorer Giuseppe Gavazzi denied the disappearance of the penises was deliberate, but admitted it was possible that the aggressive nature of the chemicals used made them disappear. 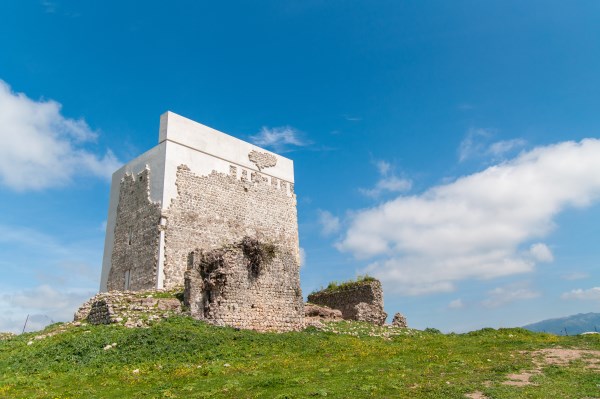 El Castillo de Matrera was built in the 9th century on a hilltop in Cadiz, Spain. A National Monument since 1949, it was severely damaged by rainfall in 2013, and architects set about the job of renovating the historic structure. New materials were used to protect older stones and to return the building to its original shape and dimensions, but as you can see from the photos above, that's not necessarily a good thing, according to locals, tourists, and at least one Spanish conservation group.

Cultural heritage organization Hispania Nostra described the results of the work on the castle as “absolutely terrible." However, architect Carlos Quevedo defends his project, saying it was against the law to "imitate" the castle, which explains the stark contrast between the original structure and the newly restored one.

7The Cobbe and Folger Portraits of Shakespeare 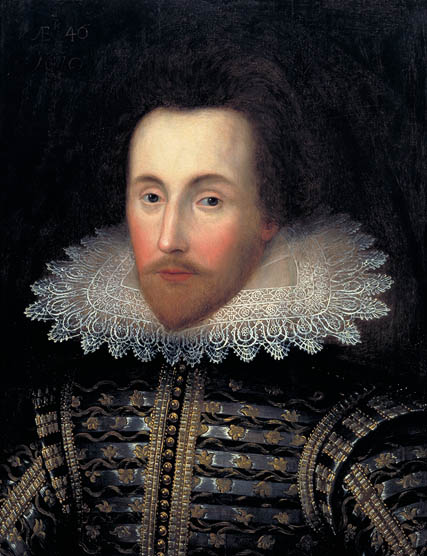 Oops — That was supposed to be there! Restorers goofed while fixing two rare portraits of Shakespeare. They thought they were removing paint daubed on the canvases more than 100 years after the Bard's death to reveal "authentic" portraits beneath. They were instead wiping away irreplaceable insights into the changing appearance of Britain's greatest playwright.

The Cobbe portrait (painted when he was still living) and the Folger portrait were both "cleaned up" in this way. Research has revealed the paintings were probably altered during Shakespeare's lifetime or immediately following his death and showed his changing appearance.

But why? Shakespeare expert Stanley Wells suggests the Bard may have wanted a more flattering image, thus the changes made to the the Cobbe portrait. The Folger portrait, on the other hand, may have been altered to reflect Shakespeare's appearance at the time of his death, six years after the original painting. (The original represented Shakespeare at 46.) 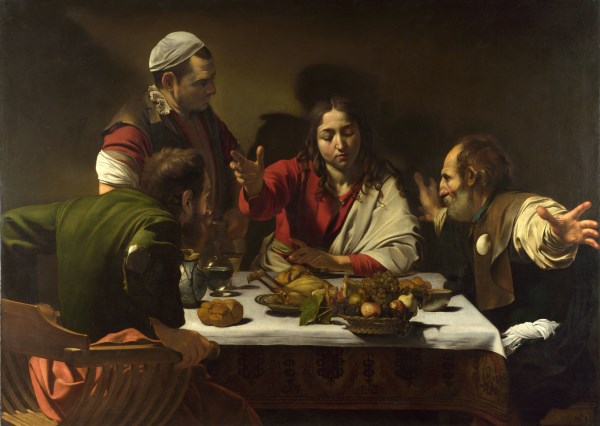 In 2010, Louvre restorers faced accusations of carrying out two botched nose jobs on a woman pictured in one of the museums 16th-century masterpieces.

A principal character in Supper at Emmaus, a 1550s painting by the Renaissance master Veronese, has had "cosmetic surgery," and has emerged with "a mutilated nose tip that hovers disconnectedly over an anatomical void." Subsequent fixes have also left her with an unnaturally wide nostril and swollen lips. 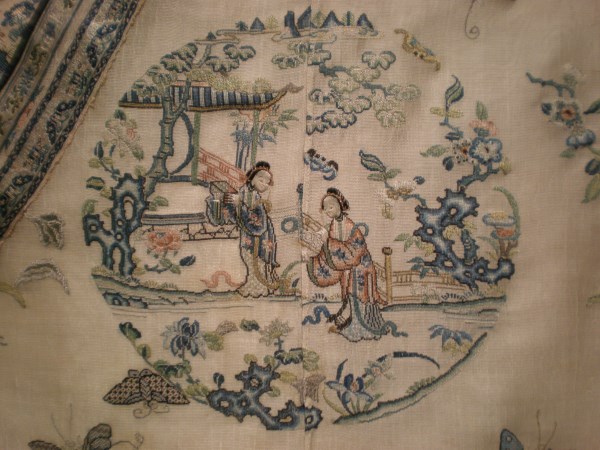 The frescos in Chaoyang's Yunjie Temple have been restored — to look like scenes from a Disney film.

The botched job has sparked outrage worldwide and has led to the firing of the officials responsible for green-lighting the colorful, yet wildly inaccurate work. The new images were painted directly onto the nearly 300-year-old originals (a big no-no), with almost no stylistic similarity to the originals.

Chaoyang government deputy secretary-general Li Haifeng revealed that the restoration was not approved by the government, and was carried out by a local company which was not qualified.