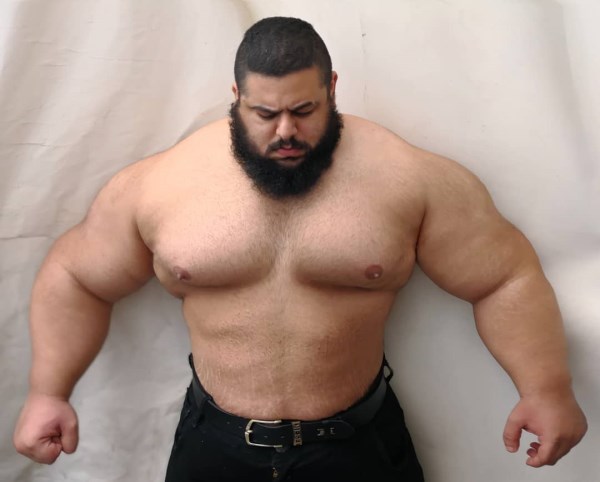 Meet Sajad Gharibi, a 24-year-old weightlifter from Iran who has stunned the internet with his impressive physique. Weighing a whopping 345 pounds—most of it sheer muscle—Gharibi is said to be able to lift up to 386 pounds. He certainly looks like a guy you'll want on your side in a fight.

Those who know this mountain of a man say that, despite his grizzly appearance, he is a gentle giant with a big heart. That's reassuring—he's probably the closest we'll ever get to seeing Hercules in the flesh, and we don't want him sharing both his looks and his short temper. 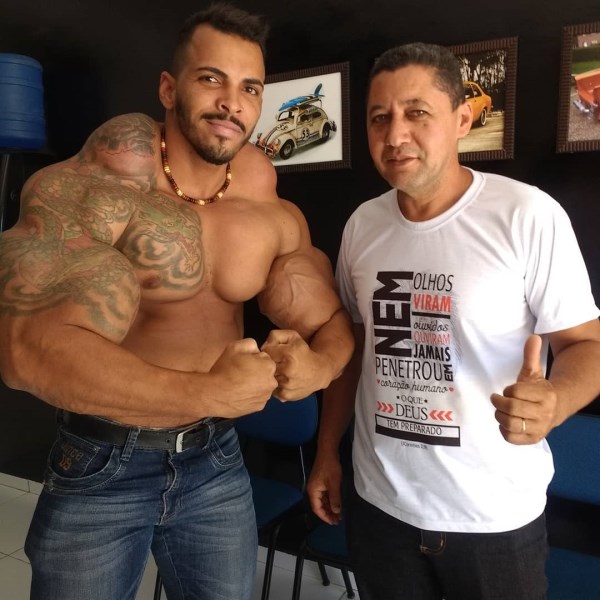 This Brazilian bodybuilder wanted to be real life version of The Incredible Hulk, and risked his life by injecting oil and alcohol into his arms, and almost had both amputated.

Romario Dos Santos Alves, 25, used the potentially lethal cocktail to pump up his biceps to 25in. He now faces several serious health issues. The former bodyguard says using the synthetic filler Synthol cost him his sanity and nearly his life—he tried to kill himself when his wife was six months pregnant. He also said his swollen muscles terrify children in his hometown of Caldas Novas, Brazil and they call him a "beast" and a "monster." 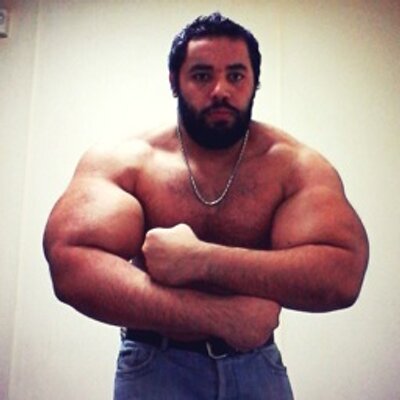 It turns out you don't need to eat your spinach to get the world's biggest arms, but don't tell Popeye.

In 2012, he was given the Guinness World Record for his biceps, but some have signed a petition to have him removed from the list because his alleged Synthol abuse. 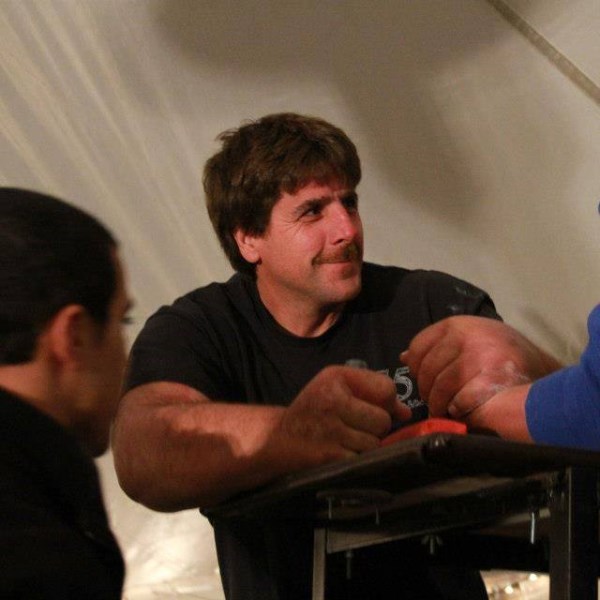 Jeff Dabe's the last guy you'd challenge to an arm wrestling competition. He was given the nickname “Popeye” thanks to his massive forearms which measure 20" in circumference. The strongman is capable of holding a basketball in each hand.

Tests have been conducted to discover what makes Jeff's arms so large. Having looked for signs of gigantism and elephantiasis, the University of Minnesota has concluded that there are no signs of the disease or any other abnormalities. 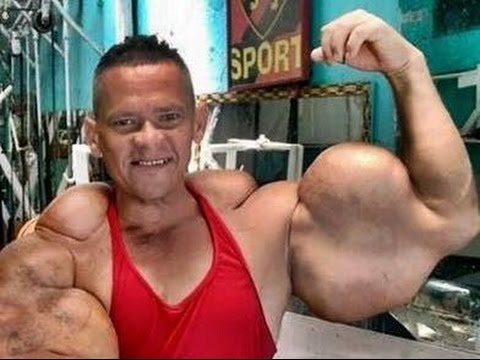 He's just like Popeye, only without the strength. Arlindo de Souza, a 43-year-old weightlifter, believes he has the largest arms in his native Brazil. The bodybuilder's biceps measure a staggering 29" around and are the product of a self-administered cocktail of mineral oil and alcohol. While his biceps may look the part, they don't act it. The bricklayer hasn't gained any strength and is only able to lift normal weights.

De Souza injected himself with the conconction for two months in his attempt to become the top dog at his gym in Olinda, a city on the country's northeastern coast. The Brazilian isn't the only person resorting to using synthetic materials to bulk up his bod, as many others in the bodybuilding community are said to be doing the same. But the practice has proven deadly, claiming the life of his close friend, Paulinho. 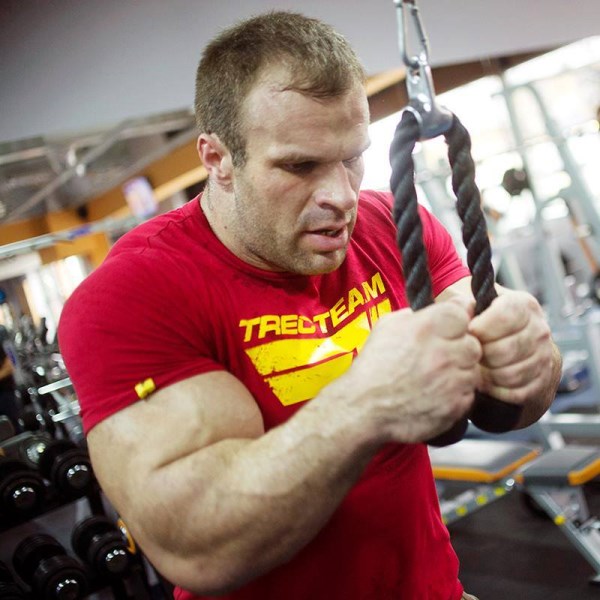 Often compared to The Incredible Hulk, Denis Cyplenkov is a 32-year-old Ukrainian-born arm wrestling champion who has the biggest and most densely muscled hands in the world! Denis's wrists measure at 9.5? thick. Roughly 6'1? tall and weighing in 308 lbs, Denis his biceps measuring at 25? and are unofficially the largest in Russia. 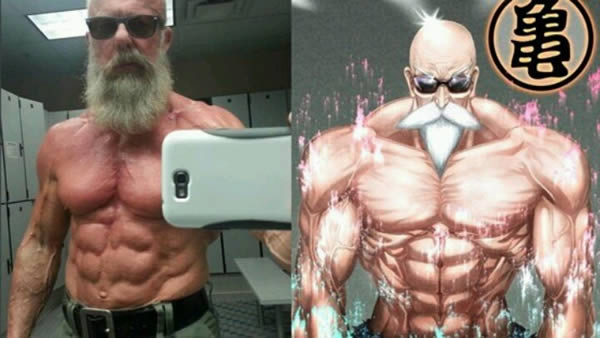 For aging couch potatoes, this astonishing photograph shows there is no excuse to claim exercise doesn't a difference. The snapshot was posted on Reddit in 2013 by a man who calls himself CrazyDrummer, along with the caption "60-years-old." The impressively ripped abs, bulging biceps and defined pecs belong to a man with a weathered complexion, thick-rimmed glasses, and Santa Claus-like beard.

The internet was quick to note his close resemblance to Master Roshi from Dragon Ball. 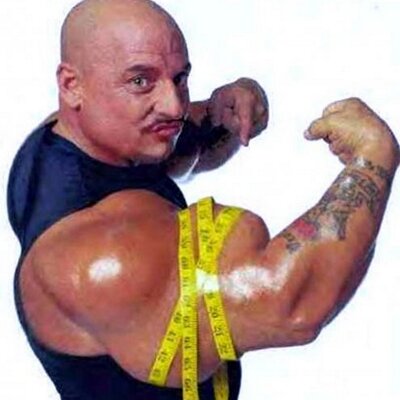 Gregg Valentino is one of the most controversial, yet popular bodybuilding icons, and is considered by some as the biggest bodybuilder ever. He holds the record for the biggest biceps in the world at 28". He started bodybuilding at the age of 13 and after over 23 years of training naturally, Gregg decided to experiment with steroids (and some say he's injecting Synthol). During this time, his arms grew from an impressive 100% natural 21" to an inhuman 28". After years of steroids injections, his body finally fought back—his bicep "exploded.” He eventually went to jail for steroid possession and is now rebuilding his life.