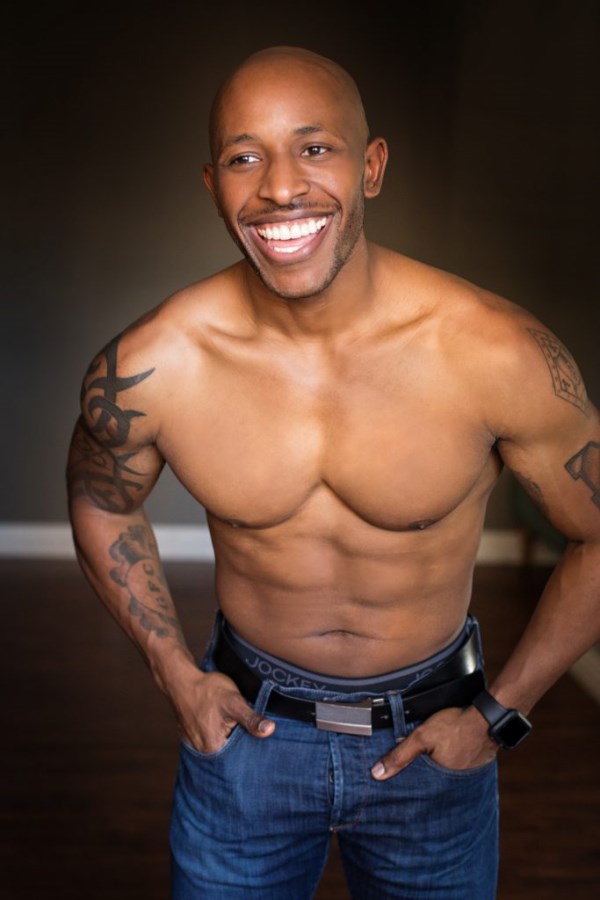 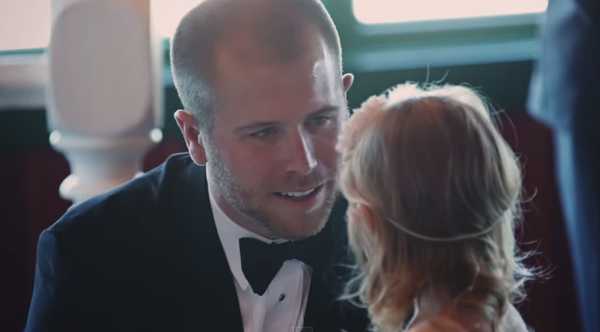 No… this isn't the creepy one! NASCAR driver Brian Scott wasn't marrying a child, but he had a special set of vows for Brielle, the daughter of his new bride Whitney Kay. Among other things, he promised to hold her hand while she skipped down the street, and love and protect her forever. Awwww! Watch: 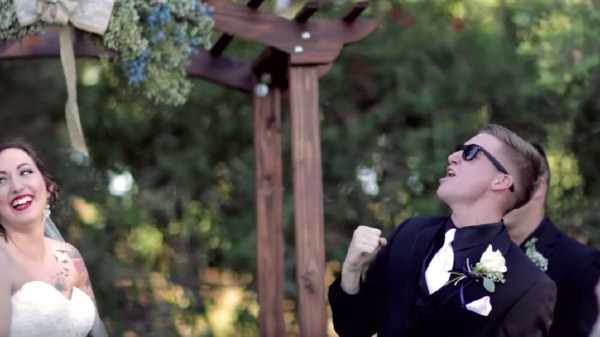 Speaking of weddings, this guy's vows really take the cake! A groom named Jared admitted that he was shy and not good at expressing himself, so at the altar he pledged to express himself in the most creative and ludicrous way possible. And then, well… watch for yourself below (and try not to smile/cringe)... 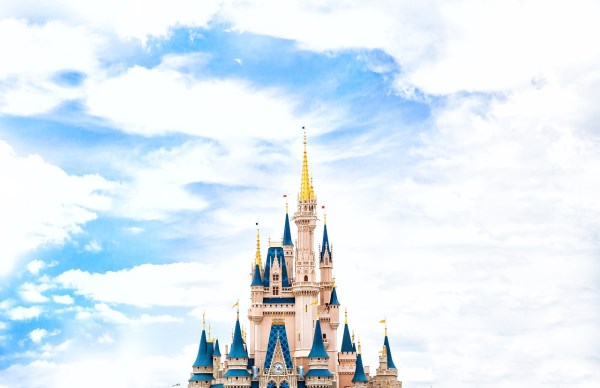 Jake Sorosiak only knew Bradley Oehlers from afar—he first saw the young man at the age of 10 as his parents drove by. Bradley was confined to a wheelchair, suffered from cerebral palsy and lived in the same West Toledo neighborhood. That day, Jack told his parents he would—one day in the future—pay for a nice vacation for Bradley. Twenty-two years later, after graduating from high school, completing service in the National Guard, and landing his first job, Jay withdrew $2000 from the bank and went to the front door of the Oehlers house, introduced himself, and revealed his secret promise to the family. Overwhelmed by the gesture, they accepted his gift and made plans for Disney World.

For this vow, we go back in time to 1908. Teddy Roosevelt just finished his successful eight years as president, and many Republicans asked him to run again. However, he vowed not to, citing a precedent that no president had ever served more than two terms. At the time, there was no law to prevent him from doing so (that would come later with the 22nd Amendment after FDR), but it was still an important moment in politics.

Like most politicians, however, he lied. Furious at the way his successor, Taft, was leading the country, he formed the Progressive Party four years later. His platform included national health care, women's suffrage, and an 8-hour work day, but he was defeated by Woodrow Wilson in 1912.

6Soldier vows to wear a dress at his fallen comrade's funeral 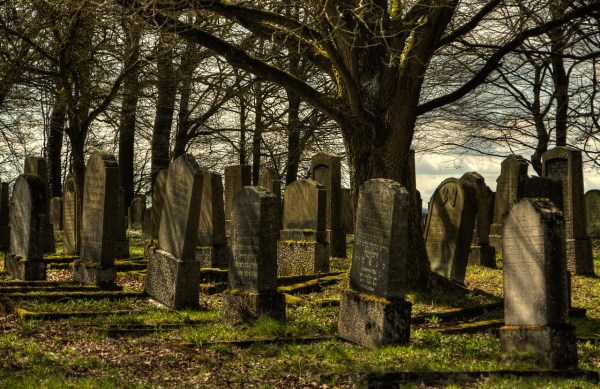 Barry Delaney of England made a strange-yet-sincere vow to his friend Kevin Elliott. The two soldiers were hanging out and watching television when the subject of death came up—Elliott's unit had been called to fight in Afghanistan. That's when, semi-jokingly, Barry promised he would wear an outrageous dress to Kevin's funeral, should he die in the war. Sadly, Kevin died a year later in Helmand. Kevin's vow to Elliott was well known through their small town, so when the tragic day came, he kept his promise by wearing a neon green cocktail dress to his buddy's grave site. 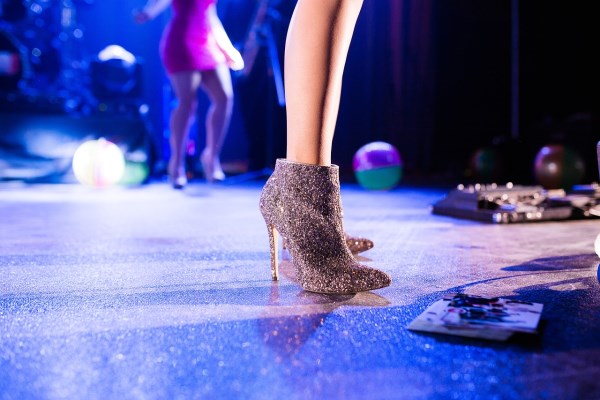 A sweet vow between two young people is often forgotten, but not in this case. When he was in fourth grade, Ben Moser made a promise to his best friend, Mary Lapkowicz, that when they were old enough, he would take her to their prom. What makes the story especially heartwarming is that Mary has been diagnosed with Down Syndrome and was often excluded and ridiculed by her peers. Ben would always look out for her. In sixth grade, Mary changed schools, and they lost touch. While Ben became his high school's star quarterback, Mary became her school's equipment manager. As fate would have it, they reconnected when their teams played each other. Seven years after the vow was made, Ben took Mary to the prom. 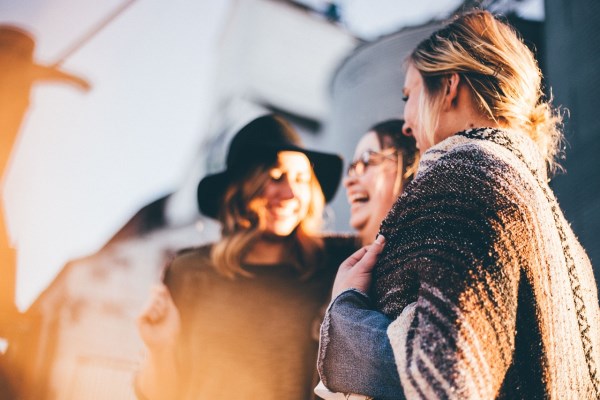 Steve outside the former El Cid

Here's the keeping of a vow 40 years in the making. In the mid-1970s, Joe Whitehead and Steve Morris were both in their early 20s living in West Palm Beach, Florida. On April 4, 1976, while sitting at the local bar called El Cid, they made a pact that they would meet this very same spot, 40 years later, to see how life had treated them. To seal the deal, Joe pulled out a dollar bill, ripped it in two, and put the separate dates on each half. Needless to say, the men eventually lost touch as they both moved away from the area. Still, they separately remembered their vow and on April 4, 2016, the two went back to West Palm Beach to the El Cid… only to find that the 72-year-old establishment had closed for good six months before.

9Mark Zuckerberg vows to meet someone IRL every day 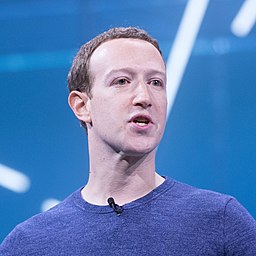 Mark Zuckerberg is known to make unique New Year's resolutions, including wearing a tie every day (2009) and learning Mandarin (2010). But the one for 2013 we found both bizarre and a little sad: he challenged himself to meet actual people outside of Facebook and have a -gulp - real conversation with them face-to-face. To his credit, Zuckerberg found the challenge to be “really easy,” but the sad part is… would you be able to do the same? 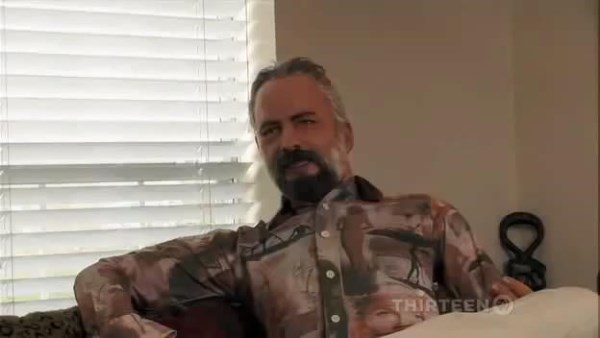 OK OK… you want the creepy vow? Here it is. A group of geeks created an artificially intelligent robot, modeled after sci-fi author Philip K. Dick. They filled his database of all of Dick's novels (one of which the movie Blade Runner was based upon) and put him in a lifelike skin. In a 2011 interview, a human asked the android if the robots would take over. His response: "I'll keep you warm and safe in my people zoo, where I can watch you for ol' time's sake.” Yikes! Watch below: