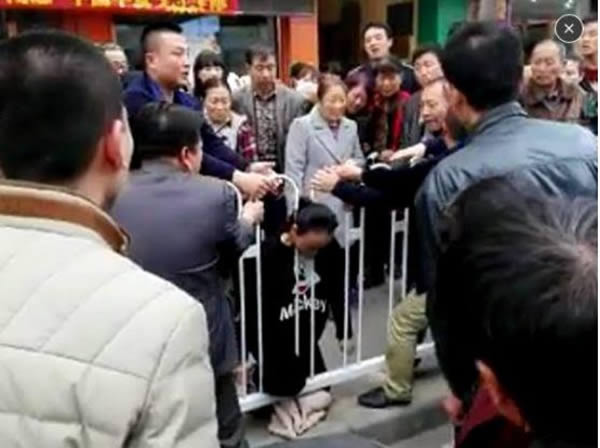 China's Shaanxi Province is still reeling after a pregnant woman died when her head got stuck in a railing. Videos showed the woman in a kneeling position on the road, with her head trapped in a guard rail. Passersby tried to rescue her by pulling apart the rails but failed. Police and ambulance crews rushed to the scene and freed her body from the railing.

Sadly, she and her unborn children (she was pregnant with twins) were declared dead. Officials said they don't yet know why the woman fainted (which led to her getting stuck and suffocating), but she could have suffered from a heat stroke or hypertension.

2The motorcyclist who got stuck between a wall and a post 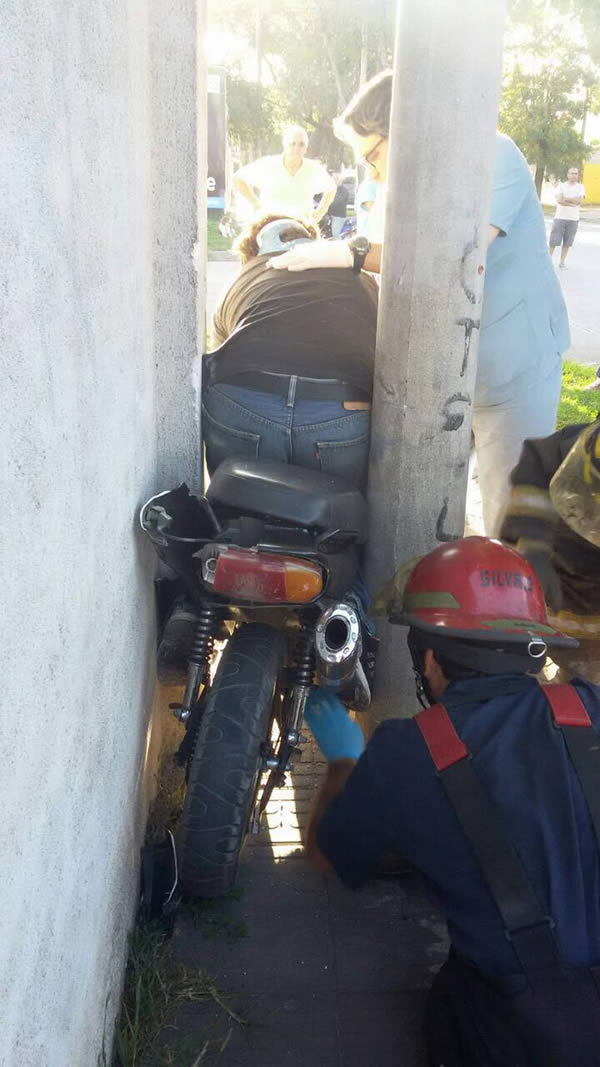 On March 2016, Argentine Ramón González, 50, suffered a freak accident while driving his motorcycle. His rescue resulted in hospitalization due to the fractures he suffered. According to Reportereo, González suffered fractures in both legs and was transferred to the Nuevo Hospital San Antonio de Padua.

Apparently, González was riding his Motomel 125 through a roundabout when—thanks to an unfortunate maneuver while driving at a high rate of speed—he jumped the sidewalk and ended up stuck between a post and a wall. Firefighters worked for half an hour to release him after cutting him from the motorcycle. 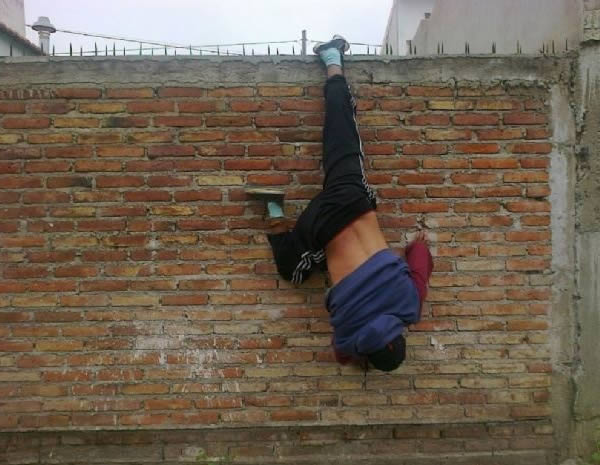 A robber intent on breaking into a home was stalled when his foot got caught on a wall. He had to wait for the police to be rescued.

The 36-year-old man tried to break into a home in the city of Cordoba, Argentina, but his foot got stuck on a 6-inch long iron nail while he was crossing over a dividing wall.

The daughter of the neighbor next door told her father she saw a shoe on the wall. When the duo approached to check out the unusual sight, they were surprised to find a man—later identified as Sebastián Hugo Vega—hanging from his left foot.

At first, police thought that he had been electrocuted as he did not move and did not respond to questions, but they soon dismissed the idea when they realized the wall was not electrified.

After lowering Vega, officers found that the man only had a broken shoe, but was in otherwise good health. Once rescued, he was brought to the police station.

4The woman who got stuck in her ex-lover's chimney 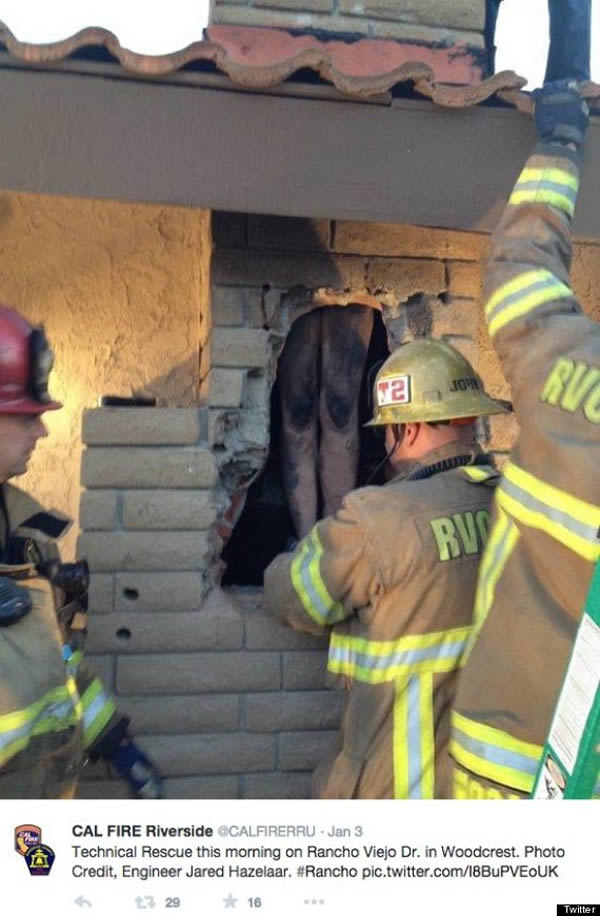 In 2015, a Los Angeles woman had to be rescued after sliding naked down her former lover's chimney. The unnamed 35-year-old was trapped for two hours before she was rescued by fire crews.

She was discovered by her ex-boyfriend Tony Hernandez (also the father of her three children) when he got up for work, heard her cries for help and saw her soot-covered legs dangling. He tried to free her from the 12in by 12in space using an extension cord but was eventually forced to call emergency services. They smashed through the chimney and fireplace in a two-hour operation.

The woman had attempted to enter her ex's Woodcrest home through the front door at 5 am, but opted for the chimney when she found it locked.

5The little girl who got stuck inside a claw machine 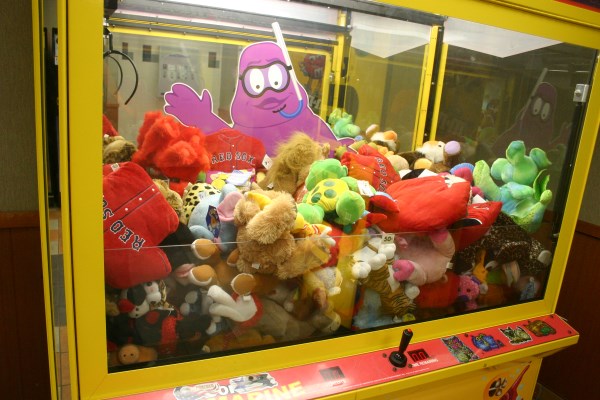 Meet Melissa Angel Wilkerson, a six-year-old who caused firefighters to crash her birthday party after she became stuck in a claw machine.

Melissa was celebrating at Abby's Legendary Pizza in Roseburg, Oregon when she spotted a toy that she wanted in the machine. While her parents were busy organizing the party, Melissa chose her moment to climb inside and grab the toy. It was only when another child raised the alarm that her dad, Ben, rushed over to see his daughter inside the machine.

Thankfully, firefighters arrived just in time—they removed the top half of the game to pull Melissa from the machine safely, and without injury. 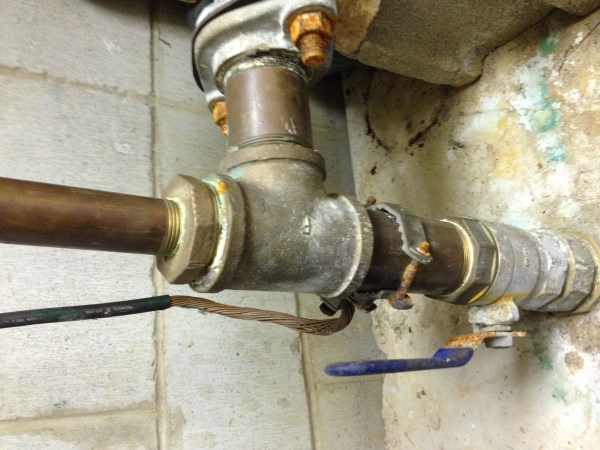 Children are mischievous, but this five-year-old boy from China took things a step further when he decided to use a pipe as a helmet, and got stuck.

The kid from Fenghua, Zhejiang Province, wanted to be a superhero and wear a helmet. So, he put PVC piping on his head and got stuck. His parents took him to a fire station where it took five firemen to cut him free.

The boy was playing alone when he decided to imitate one of his favorite superheroes. He had successfully used the tube as a helmet before, but when he tried for the second time, the pipe became stuck on his head. 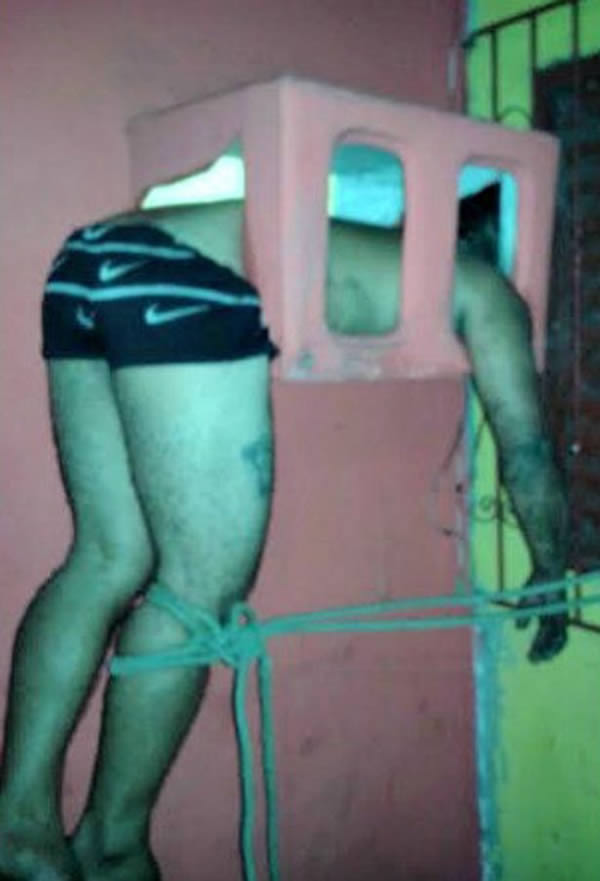 A tubby thief got stuck while trying to break into a shop—wearing just his underwear, and starting panicking and shouting for help. However, passers-by, in a bid to ensure he faced justice despite his embarrassing predicament, tied one of his dangling legs to a pole before coming to his aid.

The owner of the double glazing shop he was trying to rob, Adonias Oliveira de Lima, said he would not be pressing charges. The red-faced thief, just 5ft 2in tall but weighing nearly 13 stone, had apologized and promised not to return. 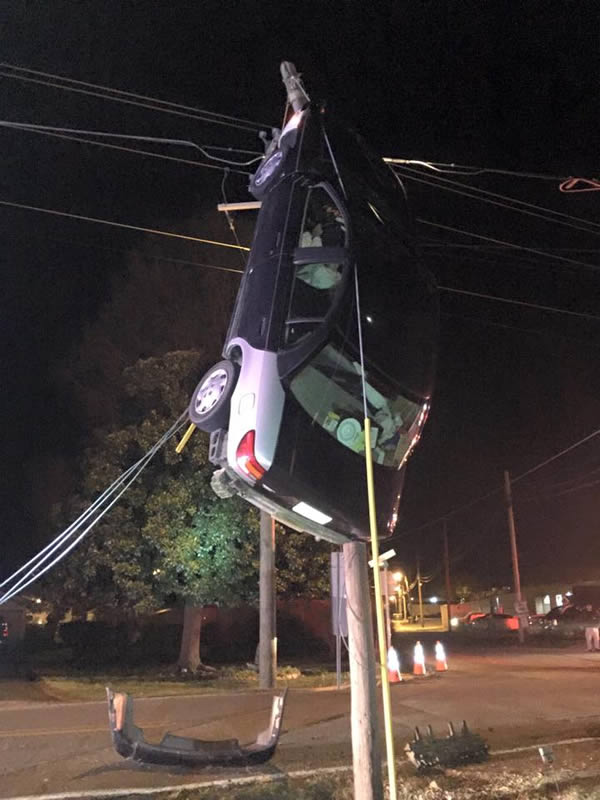 An unofficial traffic crash report from the Medina Police Department explains how a car came to rest on a utility pole, hanging eight feet in the air with the driver still inside.

The Facebook photo of the car went viral, with thousands of people asking “How?”

The 2002 Saturn was traveling eastbound when it left the right side of the roadway and struck an antique iron fence, according to the report. It continued along the barrier, with intermittent contact for 48 feet before straddling a 45-degree guide wire attached to a utility pole. The vehicle then traveled upward along 21 feet of the guide wire before hitting the utility pole three feet from the top. Police say the car then rotated around the pole, and the right front wheel was caught on the horizontal guide wire, suspending the vehicle against the pole. The car's rear bumper was about eight feet above the ground.

The female driver was in the car for two hours before being rescued. 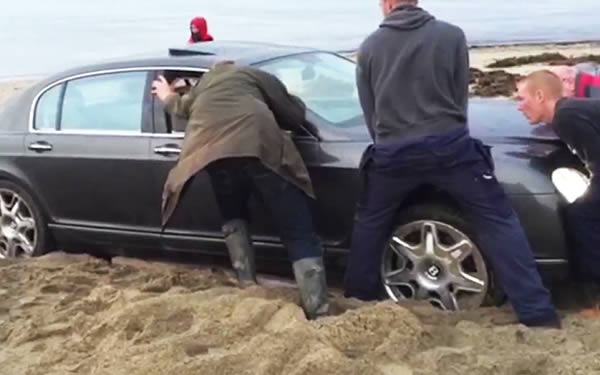 In 2015, a video showing a £120,000 ($170,000) Bentley stuck on a beach in Marazion near Penzance, Cornwall was posted to YouTube. A team of locals tried to move the car after the wealthy driver underestimated the weight of his 2.5-ton vehicle on the sand. The car before it was eventually pulled away by a tractor. 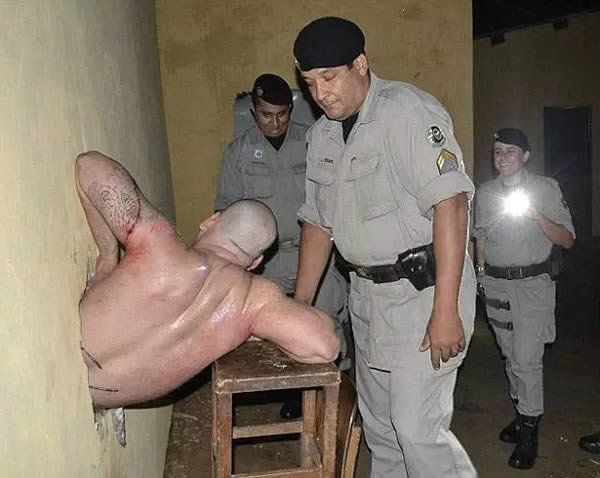 A fatass prisoner botched a jailbreak when his beer gut got him lodged in a hole in a concrete wall.

Rafael Valadao, who tips the scales at 225 pounds, made a hilarious spectacle when his fleshy torso left him lodged helplessly during an attempted prison escape in Ceres, Brazil.

A skinnier con made it out ahead of him, but their buddy's girth thwarted escapees waiting in line for freedom. Valadao lay bleeding in the hole, with one shoe off and his jeans dropped down below his army-green underpants.

Firefighters had to rescue the numbskull, who “was screaming in pain,” according to police. “He seemed to have underestimated the size of his stomach.”