1The cats working for the CIA 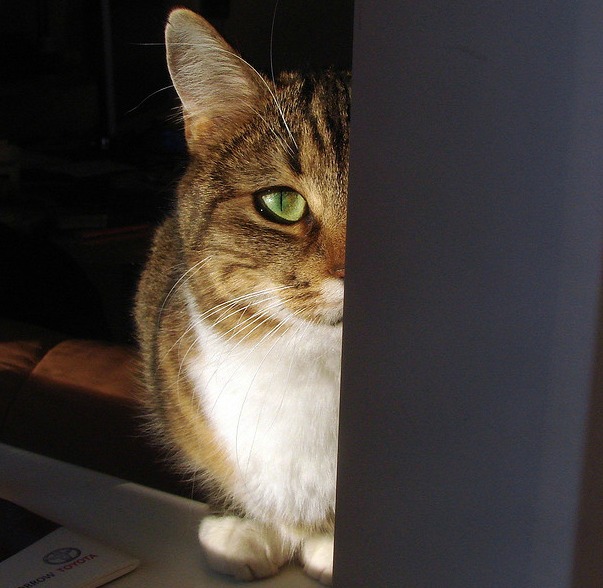 During the '60s, the CIA used cats to spy on an Asian head of state as they wandered in and out of the area where he met with his aides. Nicknamed “Acoustic Kitty," the project involved surgically implanting microphones and transmitters into the felines and sending them in to listen to meetings.

Sources claim that the experiment was a failure from the get-go—the first and only cat spy was almost immediately hit by a taxi and killed. However, their trainer, Bob Bailey, said that the operation was a success and that even their movements could be controlled by using ultrasonic sound. He says the real reason the program isn't still being used is that it was rendered technologically obsolete, noting, “Today, all you have to do is illuminate someone with an infrared laser and pick up the scatter back from that, and you can listen to their conversation without any trouble at all. You don't need a cat.”

2The dolphins and sea lions spying for the Navy 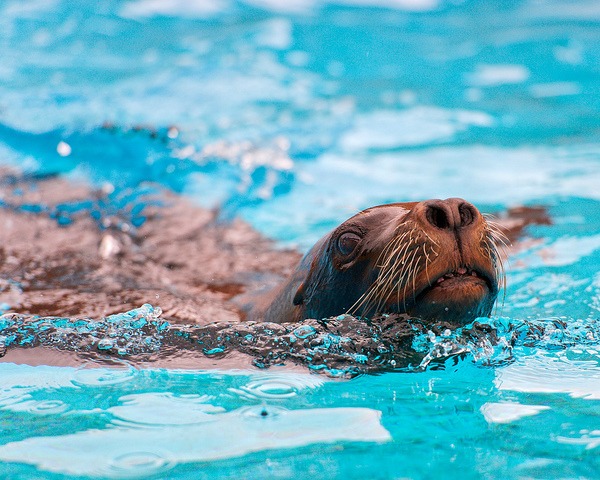 When they detect a potential spy or terrorist, they touch a sensor on the boat where their handler is located. The handler will then place a marker on the creature's nose, and the animal will then swim back to the possible threat, knock into him or her to bump the marker off its nose. Military personnel then take it from there.

3The sharks being trained by DARPA 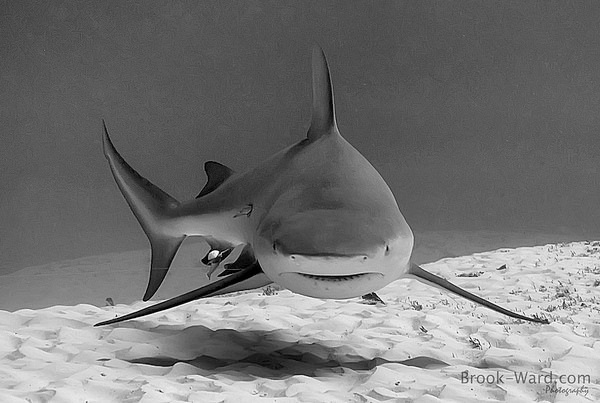 The U.S. might not employ sharks as of yet, but scientists have recently developed a way to control the animals' movements by using smells emitted from receivers on their heads. They can then be used to patrol waters and even take spy photographs in years to come.

When a high number of shark attacks took place off the coast of Egypt in 2010, the media was quick to accuse the Israeli government of using GPS devices on the animals to control their movements in hopes of negatively affecting tourism in the country.

4The pigeons that served in both world wars 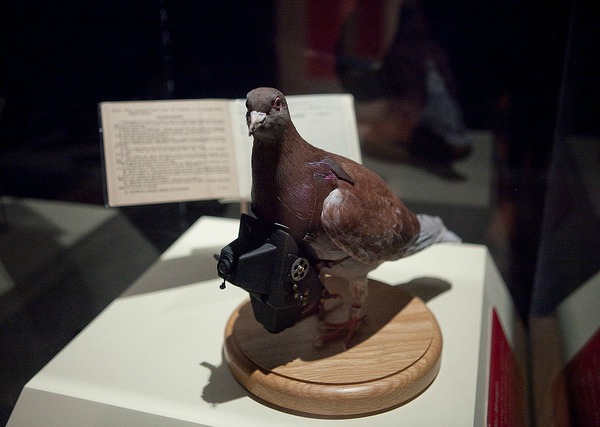 During both world wars, homing pigeons were a critical part of army communications. They carried capsules containing notes, maps, photographs, and cameras. The birds were so well trained that 90% of their messages were delivered during WWII. They were even critical to the D-Day invasion—while troops maintained radio silence, they shared information on the position of the Germans and the success of the operation. Over 32 pigeons received the Dickin Medal, the highest award for animal valor in England.

Using the birds as spies wasn't just limited to the pages of history books—the Swiss Army discontinued their carrier pigeon program in 1994, and the Iraqis used pigeons in the Gulf War to circumvent radio jamming by the U.S. 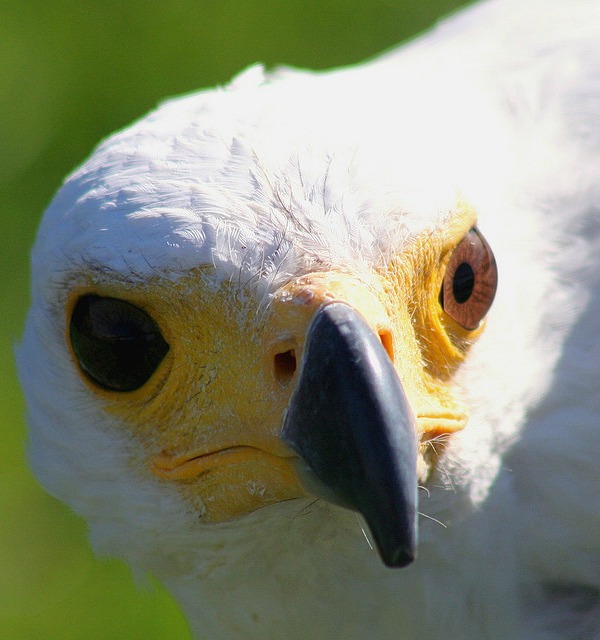 How do you stop pigeon spies? With specially trained peregrine falcon counterspies, of course. MI5 reported a high level of success bringing down Nazi pigeon spies during WWII thanks to their falcons. Instead of shooting the birds, the falcons were silent, accurate and brought the message back intact. In fact, the pigeons would often survive the ordeal, and at least two feathered "spies" were held captive as prisoners of war during WWII.

6The insects acting as "flies on the wall" 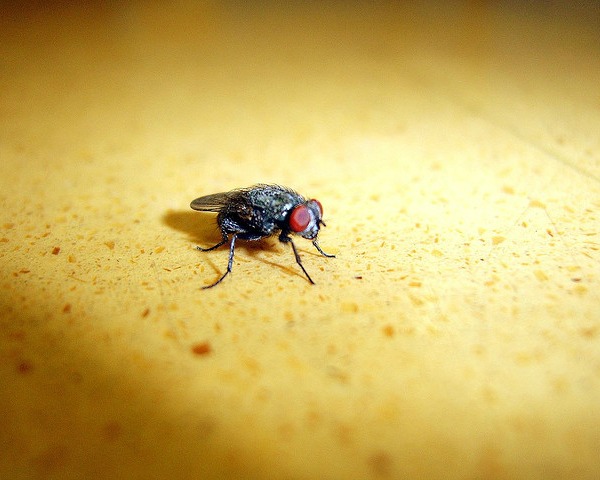 It's a strange world when a spy "bug" comes in the form of a real one, but scientists from the U.S. Defense Advanced Research Projects Agency (DARPA) are said to be experimenting with adding technology to insects for surveillance. Electrodes, batteries, video cameras, microphones and more have been fitted to a number of insects. Researchers are working to implant brain probes into beetles and moths during their pupa stages so the creatures will incorporate the enhancements as they grow.

With the right cyber enhancements, insects can be tracked, controlled and used for all number of intelligence purposes. They are a great option, not only because they are small and often go unobserved, but also because these enhancements wouldn't be noticeable to the naked eye.

7The vultures accused of being Israeli agents 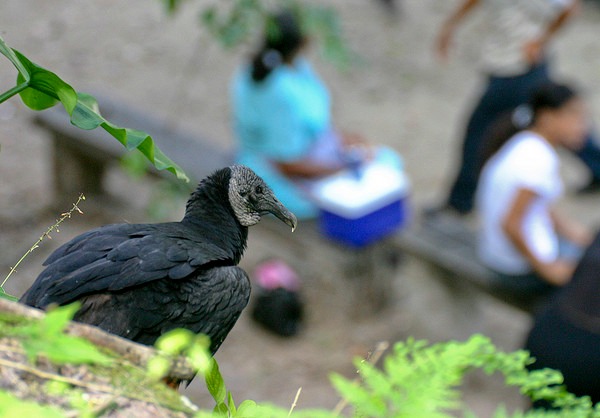 So far, no birds of prey have been used as spies (that we know of), but that didn't stop Saudi Arabia from accusing the Israeli government of sending a vulture to spy on them after residents found an endangered griffon vulture with a transmitter and a Tel Aviv University leg bracelet. Researchers put a GPS tracker on the bird as part of a reintroduction project to track the vulture population, but when the bird was captured, the Saudis were convinced the transmitter was a camera used to spy on them.

Fortunately, Prince Bandar bin Sultan of the Saudi National Security Council dismissed the rumors. He agreed with wildlife authorities that the equipment was on the bird for scientific reasons and released it.

8The squirrels arrested for eavesdropping 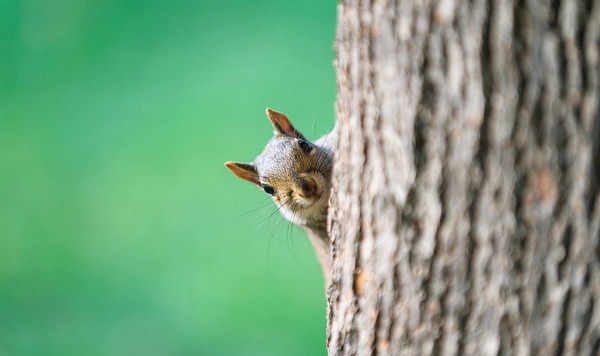 In 2013, Iranian intelligence operatives detained 14 squirrels, claiming the animals were carrying spy gear used for eavesdropping. Police claimed they were alerted to the squirrels dastardly deeds by foreign intelligence services. There are no reports on whether the animals arrested were released with a warning or executed for their subversive activities.

9The hawks that didn't respect borders 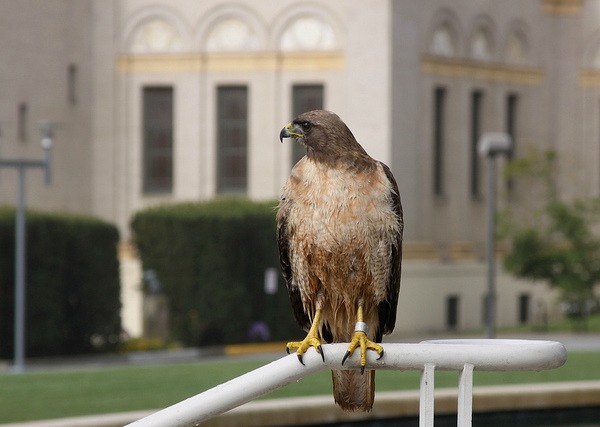 Israel isn't the only country that has been wrongly accused of using spy animals. In 2000, India accused Pakistan of sending hawks across the border for that very purpose. While the birds were equipped with surveillance equipment, it was quickly revealed that they were trained in the art of falconry. The owner explained that the hawks were in India because "birds don't understand international borders." He also said that they were outfitted with gear to make it easier for them to be located if they got lost.

10The monkey that was hung for spying 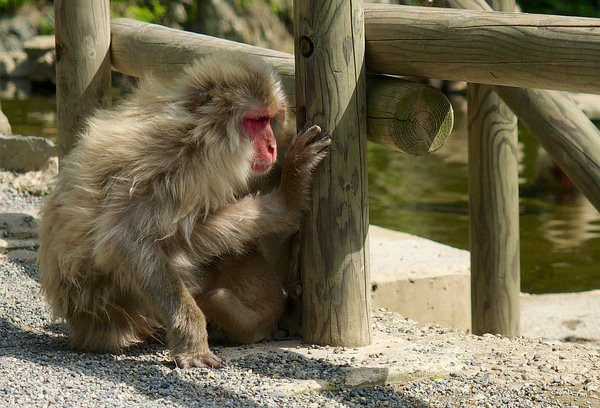 During the Napoleonic Wars, a French ship allegedly crashed off the English coast near Hartlepool. The only survivor was a monkey that was dressed in a French military uniform, presumably onboard to entertain the crew. Unfortunately, because the residents had never seen a Frenchman before and because the monkey didn't speak English (obviously), they believed he was a French spy. As a result, the monkey was hanged.

There are those in Hartlepool who believe the story is true, but the evidence seems to indicate otherwise. The Guardian reports that a folk song of this tale may have been based on an event that occurred in Boddam, Scotland. In that version of the story, a ship crashed off shore with only a monkey surviving the accident. The villagers couldn't claim salvage rights unless there were no survivors, so they hung the monkey.