1A Seal Rides A Whale 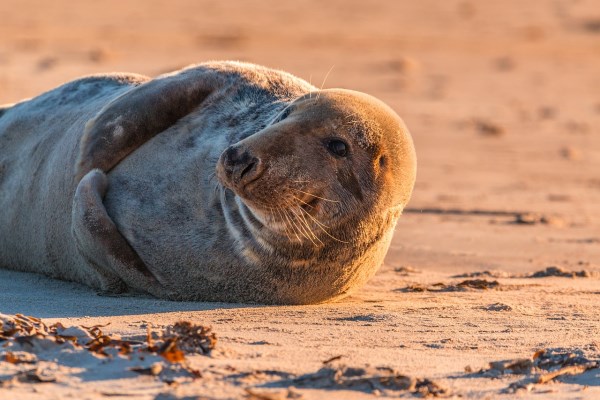 In September 2015, an Australian photographer captured a rare moment of animal communion with a shot of a fur seal surfing a humpback whale off the New South Wales coast.

Robyn Malcolm had been photographing a pod of whales feeding 500km (310 miles) south of Sydney. She only realized she had taken the unusual picture when she went through the photos later. Malcolm insists that the photo was not doctored.

"I'm positive, because I don't know how to use Photoshop. And I do still have it on the camera so I can prove it," she said.

Animal experts say that witnessing such a partnership is rare.

2A Turtle Rides A Fish 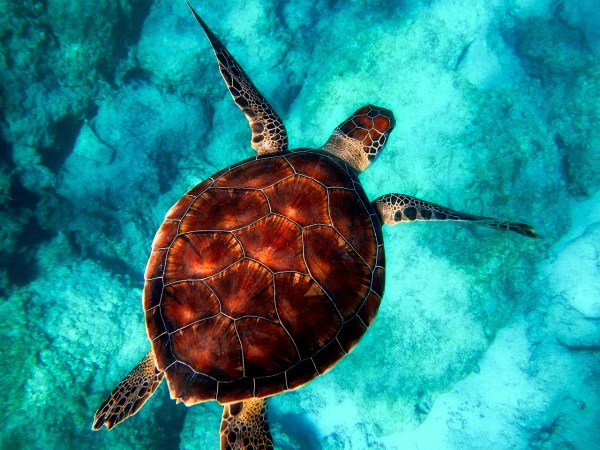 Even turtles (otherwise known as the taxis of the animal kingdom) need a little break now and again.

3A Duck Riding Another Duck 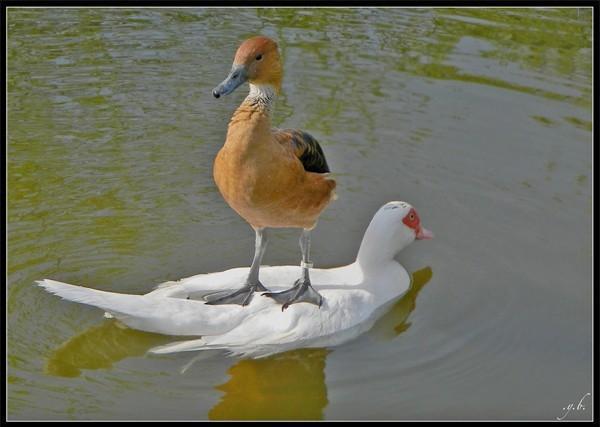 Water foul of a feather float together.

4A Capybara Rides A Tortoise (Well, Tries To Anyway) 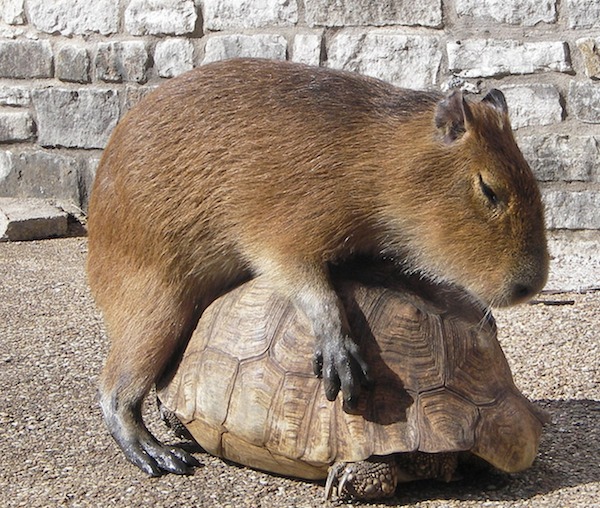 This young capy is a little too large for this turtle, who appears to hiding in its shell.

5A Weasel Riding A Woodpecker 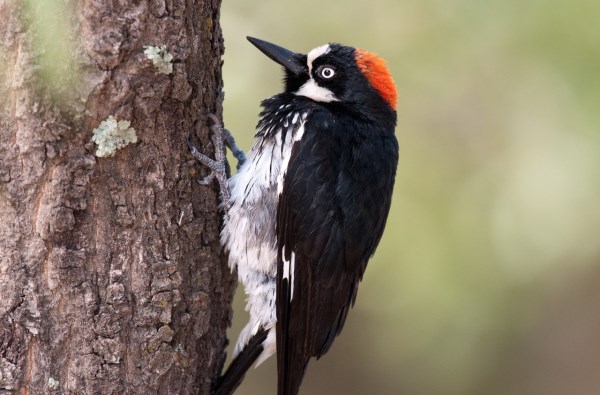 Amateur photographer Martin Le-May recorded this extraordinary image of a weasel riding on the back of a green woodpecker as it flew through the air in March 2015. The photo was taken at Hornchurch Country Park in east London.

Wildlife expert Lucy Cooke said, "The green woodpecker is a ground-feeding bird. Weasels normally attack rabbits. The woodpecker is not its usual prey. But weasels are fearless. A female weasel weighs less than a Mars Bar but is as ferocious as a lion, so this is why the woodpecker would have been able to take off with it on its back."
The woodpecker landed and managed to escape the weasel, which ran into the grass.

6A Crow Rides A Bald Eagle 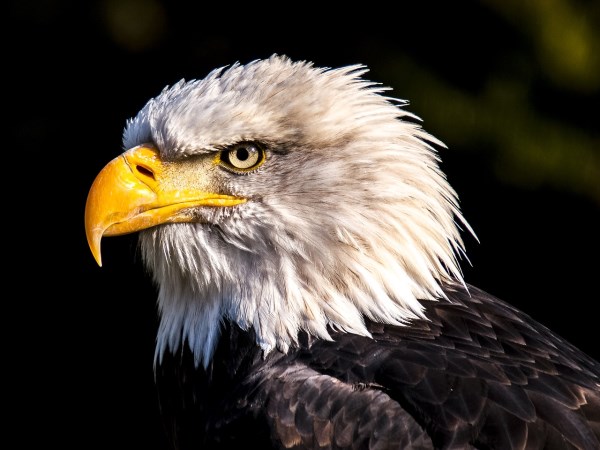 Phoo Chan was photographing a bald eagle hunting for food in Seabeck, Washington, when something highly unusual happened—a crow approached the bird from behind, landed on its back and hitched a free ride. Chan managed to click off a series of once-in-a-lifetime photos of the rare event in nature.

The common theory as to why crows harass eagles and hawks is that they are defending their territory and/or protecting their nest from a predator.

Ornithologists said that though large raptors have the necessary weapons, the energy cost of pursuing and catching the crow is normally not worth it. 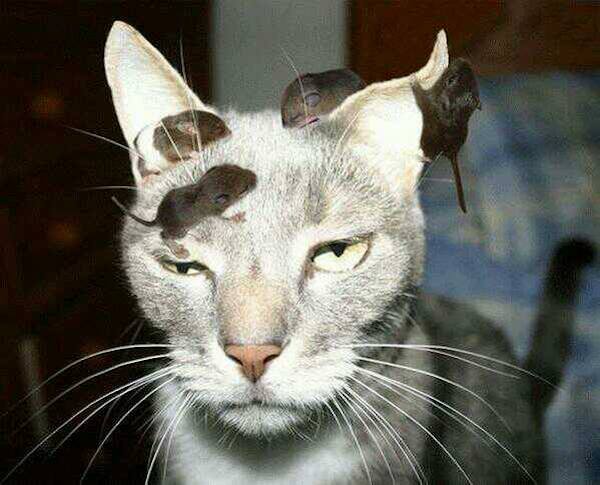 These baby mice are too cute to kill, even for this hungry feline.

8A Racoon Rides An Alligator 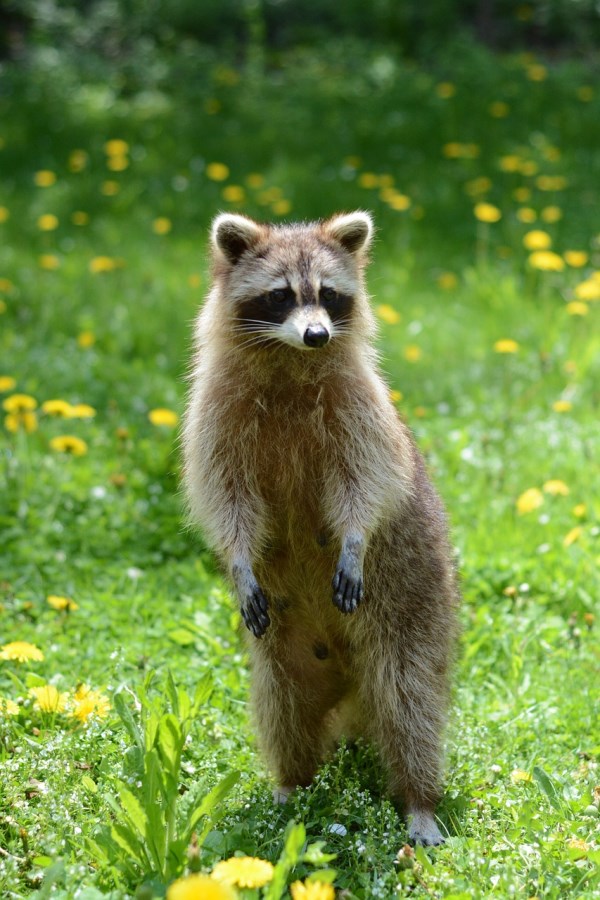 In 2015, Richard Jones was walking with his family in the Ocala National Forest when they spotted a raccoon riding an alligator. He believes his son startled the raccoon while trying to take a picture of the reptile.

Jones told local television station WFTV that he "snapped a lucky picture right when the gator slipped into the water and before the raccoon jumped off and scurried away."

9A Dog Rides A Ram 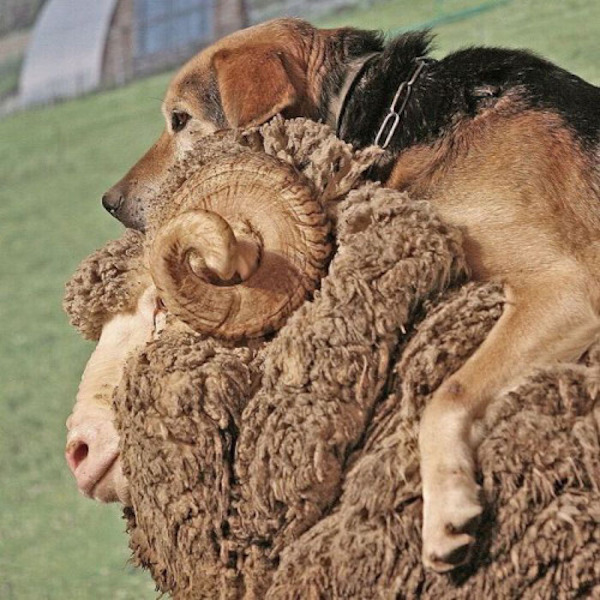 A little more of a hug and than an actual ride—we don't know how this happened, but we're glad it did.

10A Butterfly Rides A Lizard 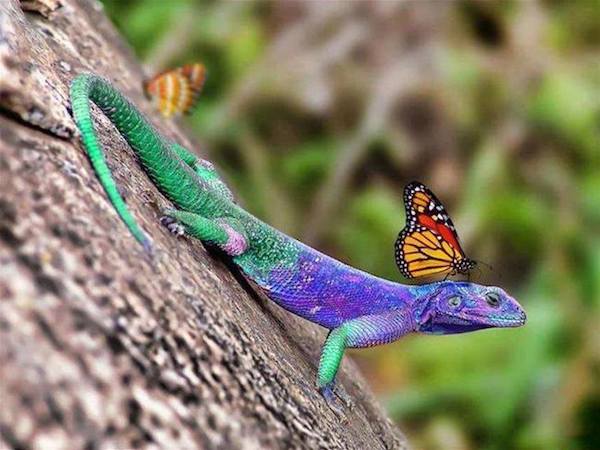 What a colorful pair.